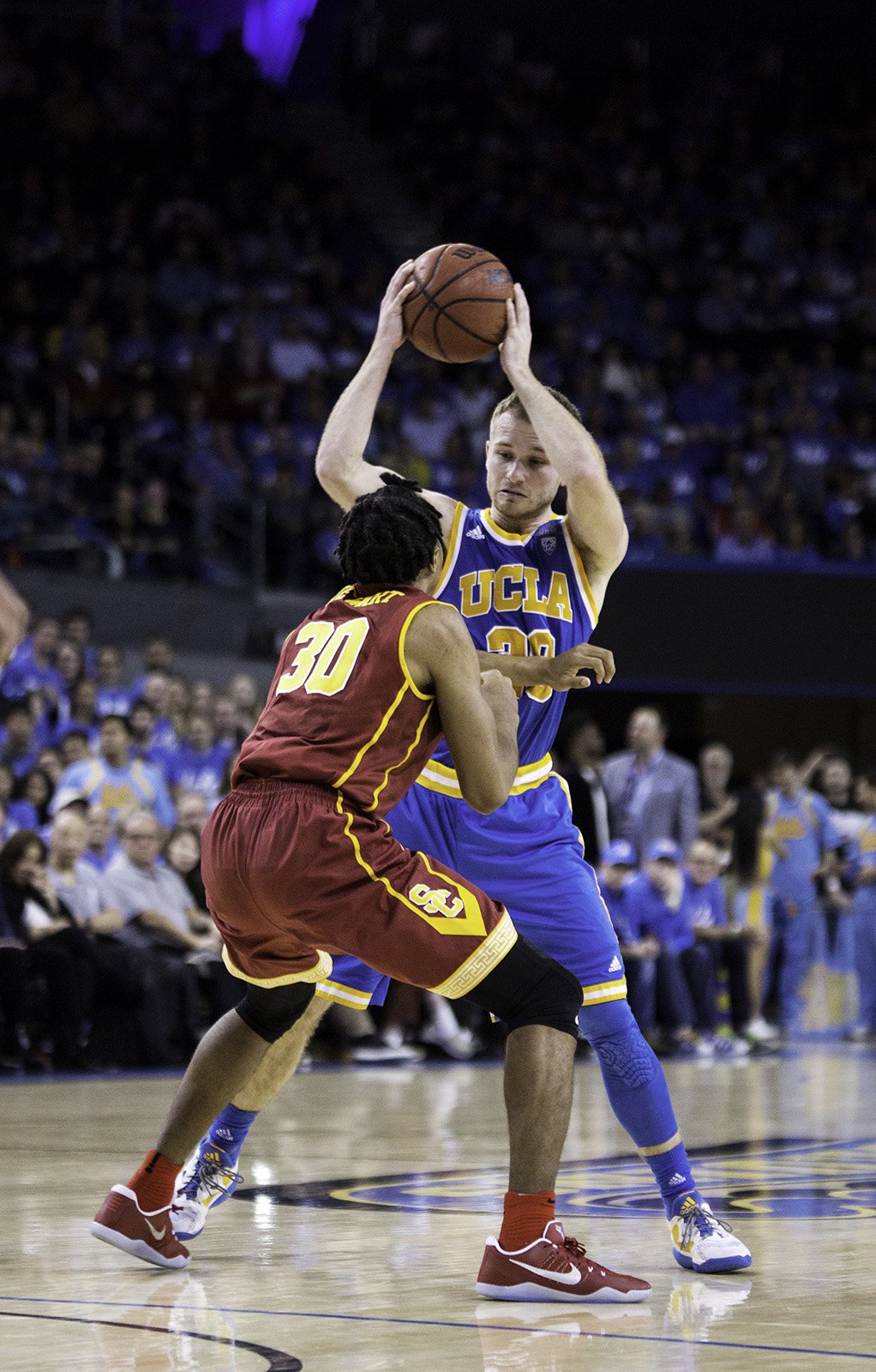 The annual all-sport trophy for the rivalry between UCLA and USC has been decided for the 2016-2017 year.

Though the final score could change depending how postseason baseball works out, the Bruins have surpassed the SoCal BMW Crosstown Cup clinch threshold by five points after this weekend eliminated potential matches between both schools’ women’s water polo teams and women’s tennis teams.

The points are divided on a sport-by-sport basis. For sports that compete on a dual basis, whichever school has the most wins over the other on the year gets awarded 10 points. Should each school have the same number of wins, the points are split five each.

For sports that compete in a field fashion, whichever team places higher at the conference championships is given the points.

If USC had beaten Stanford in the women’s water polo semifinal this past weekend, the national championship game between the Bruins and the Trojans would have garnered the winner an additional five points – each had won one head-to-head game this year, USC in February and UCLA three weeks ago.

Similarly, UCLA women’s tennis beat USC in February 4-3, but dropped its scheduled conference match by the same margin a month ago.

Those two additional wins for the Trojans would have given them 10 more total points to tie the Bruins at 95-95, and leave the fate of the Crosstown Cup in the hands of a potential postseason meeting between the two schools’ baseball teams.

On the year, however, UCLA is winning the baseball series three games to one, so to even bring the series to a tie, USC would have had to sweep UCLA out of a potential three-game postseason series two games to none. That’s assuming both schools make the postseason in the first place – the Bruins are 25-23 overall while the Trojans are 19-28.

Instead, UCLA has clinched it 105-85, and still has the potential to increase its margin.

If the two schools’ baseball teams don’t meet in the postseason or they meet and UCLA wins, the end point differential will be 115-85. It would be the largest margin of victory for UCLA since the 2006-2007 school year, when the Bruins won 72.5-37.5.

Though it lost the Crosstown Cup, USC could have the last laugh in this 2016-2017 school year. The Trojans have won two national championships – one in beach volleyball and one in women’s soccer – to the Bruins’ none, gaining ground on UCLA, which is now tied for the national lead with Stanford at 113. USC has 104.