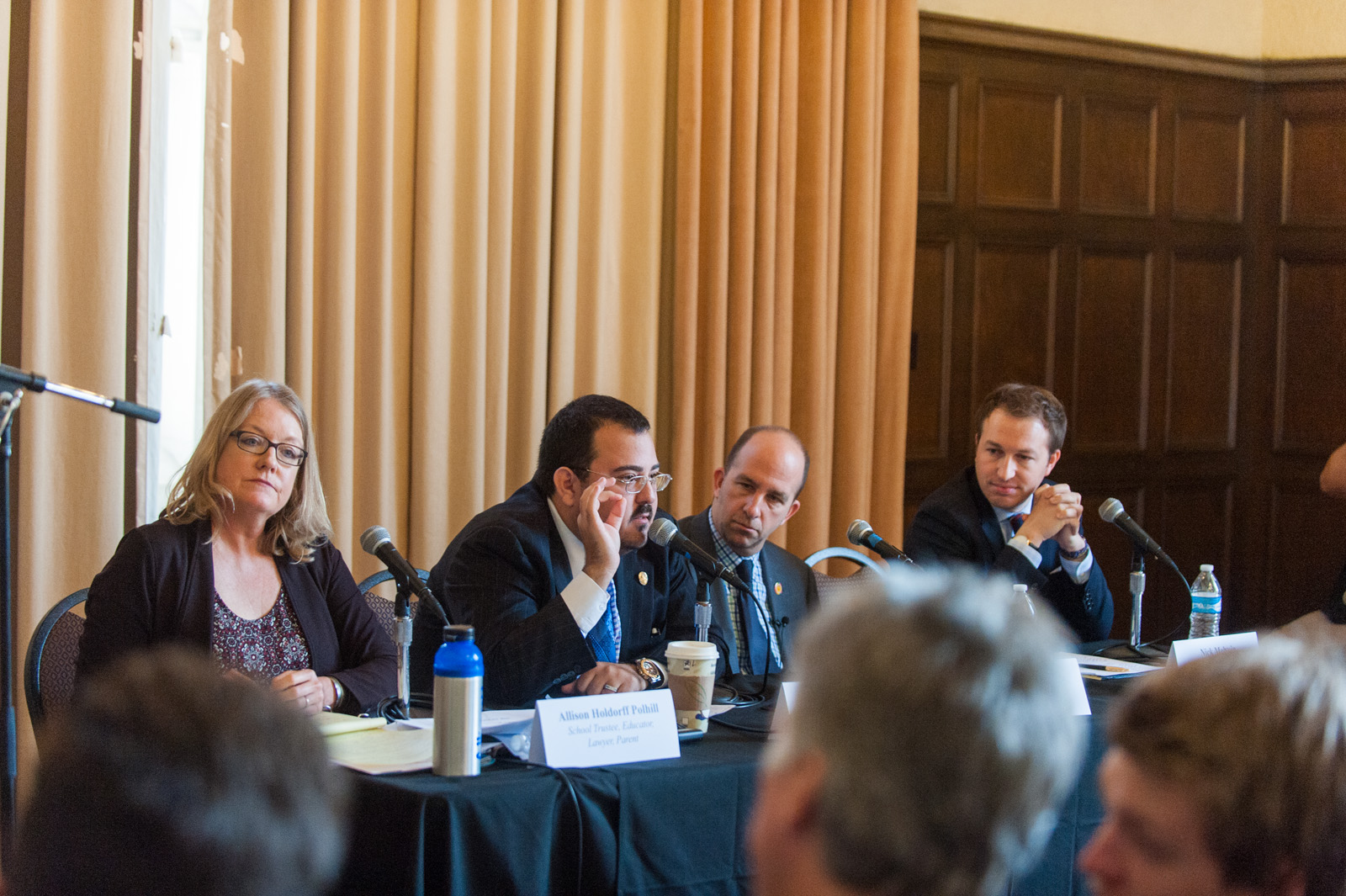 We can all agree Los Angeles needs better schools. Whether that means appending the word “charter” is a bit more contentious.

And contentious is the perfect word to describe Tuesday’s Los Angeles Board of Education election, especially when it comes to the Westside’s own contest between incumbent board President Steve Zimmer and challenger Nick Melvoin.

That can be either good or bad for LA’s disadvantaged youth. It depends on how well the new board can implement its vision to expand charter schools in LA and on how accessible it can make charter schools to the kids who need them. Most importantly, it depends on whether the board members leave traditional public schools – and the kids they educate – in the dust, given their charter-filled crazes.

Thus, the new school board must ensure charter schools remain free of admissions requirements and open to all students. And since local charter schools seem to outperform their traditional counterparts, the board should also consider looking at what’s successful in the district charter schools’ curricula and implementing those same elements into traditional classrooms.

The term “charter school” encompasses a broad range of institutions. All it really means is the school receives public funding and teaches students tuition-free, but operates independently of its local school district. This gives it a lot more freedom to innovate curricula and teaching methods, and presumably better help students who – for any number of reasons – have trouble succeeding in traditional public schools.

LA’s data on charter schools seem promising: The Center for Research on Education Outcomes found that black and Latino students – as well as low-income students – in LA charter schools showed more improvement in their reading and math skills than did their counterparts in traditional public schools.

But as the old adage goes, the devil is in the details, and there’s a lot that can go wrong in this model. Charter schools might exacerbate racial divides and segregation in schools. The American Civil Liberties Union even found last year that many California charter schools enacted exclusionary admission requirements like GPA cutoffs and English proficiency standards, which could shut out the very students the schools were meant to help in the first place.

You don’t need an education degree to see those restrictions are a bad deal for disadvantaged kids, who are consequently forced to attend traditional schools.

Let’s be clear: The LA Unified School District has certainly made notable improvements over the years in its traditional schools with regards to graduation rates and standardized test scores. But the system still struggles with the same challenges any other large district faces – especially when it comes to managing its finances. Ongoing budget deficits spurred by declining enrollment threaten the district’s financial solvency and thus its traditional classrooms’ ability to provide students a quality education.

The California State Legislature is working on Assembly Bill 1360, which would force charter schools to follow the same admission and expulsion rules as traditional public schools – in other words, no exclusionary requirements. But the bill hasn’t passed quite yet, so LAUSD needs to address admissions gaps in the meantime by helping eliminate restrictions on local enrollment.

For starters, the new board could emphasize expansion of affiliated charter schools – which are technically operated by the district itself – over independent schools with independent managers and finances. Keeping charters affiliated will help LAUSD enforce those policies. Furthermore, it will keep enrollment dollars within the district, so charters won’t contribute to its growing financial woes.

Common management will also make the entire system more cohesive. This would make it easier to analyze charter curriculum changes and implement them in the district’s other schools.

Of course, accessibility is only meaningful when the admitted students can actually get a better education. There’s plenty of room for innovation, but that might not necessarily be the best for students. Charter schools are notorious for their mixed record when it comes to improving academic performance over traditional methods.

But LA’s charters have performed reasonably well, and the dichotomy of these good schools and their suffering traditional counterparts cannot be overlooked. Charter schools’ accessibility and traditional schools’ performance are two issues the LAUSD board has to contend with, and a more uniform and better-managed system can do just that.

Now that the 10 percent or so of registered voters who cast ballots Tuesday have endorsed a reform-minded vision for their local schools, that reform needs to include all students – not just those with high grades, English fluency or citizenship. And students in traditional public schools deserve a little piece of the pie as well.