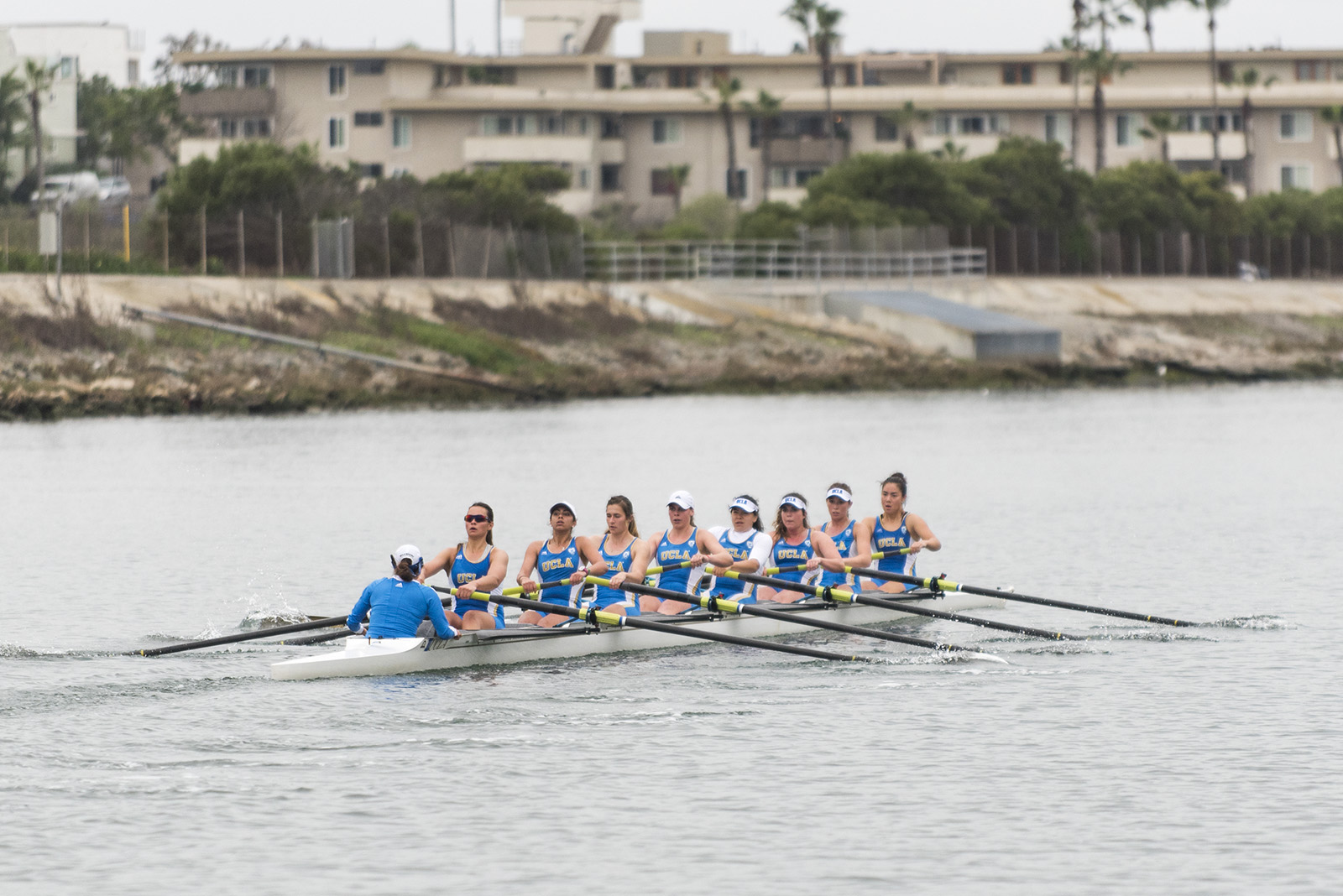 UCLA women’s rowing took sixth place at the Pac-12 championship this past weekend, consistent with its ranking within its region. The team will find out if it made the cut for the NCAAs today at 2 p.m. (Daily Bruin file photo)

Going into the Pac-12 championship regatta, UCLA rowing was barely in the top six for its NCAA region.

The Bruins were ranked sixth overall, sixth in the first varsity eight, fifth in the second varsity eight and sixth in the varsity four in the fifth national region, according to NCAA.com. Coach Amy Fuller Kearney said she couldn’t speculate where her team lied as far as a berth was concerned in the NCAA championship regatta back then, and this weekend didn’t do much to clear up the picture.

UCLA took sixth place at the Pac-12s, its varsity eight boat finishing in last place and its highest finish a third-place finish out of three teams by the novice eight.

Its second varsity eight and first varsity four both took fifth out of seven boats, each finishing more than 20 seconds behind the first-place finisher.

Last year, the top 22 varsity eight boats in the nation got to compete at Gold River, California, with UCLA not among them. That being said, UCLA was not ranked in the top 20 at the conclusion of the conference season, and, albeit barely, at 20th, it has moved up this year.