Around the League: Four Pac-12 teams reach men’s tennis NCAA Tournament round of 16 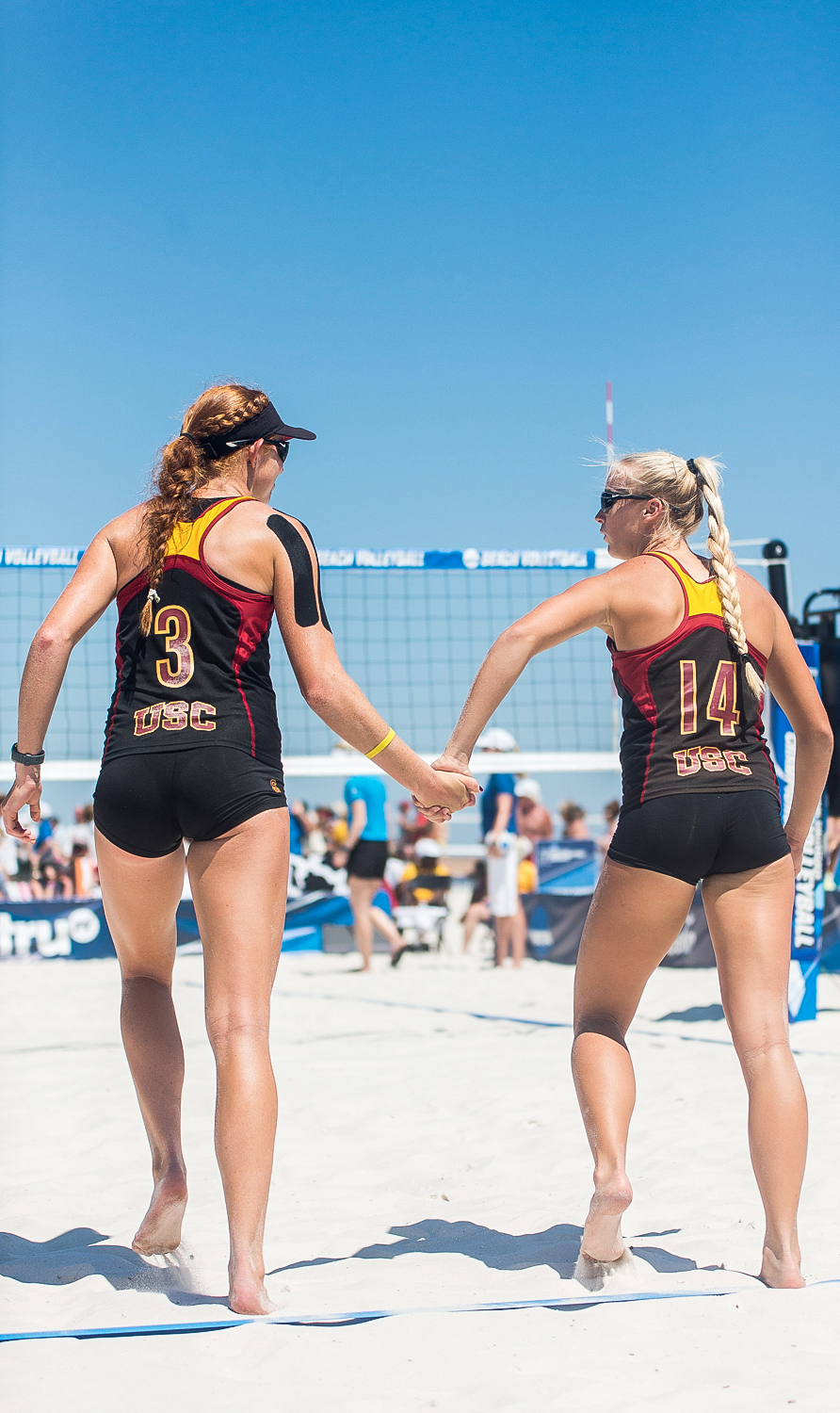 For the second straight year, No. 1 USC took the NCAA beach volleyball title with a win over No. 3 Pepperdine. The win marks the Trojans‘ 104th NCAA team championship and the school’s 20th women’s title

After the tournament, three Trojan pairs were honored on the All-Tournament team including Kelly Claes and Sara Hughes as the No. 1 pair, Terese Cannon and Nicolette Martin as No. 3 and Abril Bustamante and Joy Dennis as No. 4.

To participate in the tournament, the athletes must be collegiate volleyball student-athletes, for either indoor or beach, or be only one year removed of graduation.

Four Pac-12 teams, including No. 5 UCLA, reached the NCAA Tournament round of 16, which starts Thursday in Athens, Georgia.

No. 4 USC swept a pair of matches against Denver and Wisconsin in the first two rounds, and the Trojans will face host No. 13 Georgia on Thursday afternoon. The winner of that match will then take on either UCLA or No. 12 Texas A&M on Saturday.

Another potential quarterfinal match between two conference rivals could take place Saturday as well. No. 16 Stanford, after defeating Idaho 4-0 and Michigan 4-1, has a date versus No. 1 Wake Forest, while No. 8 California will go up against No. 9 North Carolina on the other half of the quadrant. Cal swept Tennessee Tech 4-0 and beat Northwestern 4-1 in the second round.

UCLA softball is one of seven Pac-12 teams that earned a spot in the NCAA Tournament, and one of four teams from the conference of champions to host a NCAA Regional.

The Bruins will start postseason play at Easton Stadium after being named the No. 5 national seed. No. 2 seed Arizona, No. 6 seed Washington and No. 11 seed Utah will all start their quest to the Women’s College World Series at home as well.

Arizona State, California and Oregon State also earned spots in the field of 64, but did not receive the luxury of playing in their home park.

All seven of these teams have been placed into a group of four teams, and will play a double-elimination style tournament this weekend to determine who will advance to the Super Regionals – cutting the field down to 16 teams.

There won’t be any Pac-12 rematches during the NCAA Regionals, but that doesn’t rule out the potential of a conference rematch in the following round, similar to what happened to UCLA last season.

The Bruins and Wildcats could play again in the Super Regionals, just two weeks after UCLA swept Arizona State on the road. Arizona State would have to get past No. 12 seed Ole Miss, who will host the Oxford Regional.

If the Utes and Huskies each use their home field advantage to break out of the first rounds, they will play each other in the Super Regionals. The only other potential Pac-12 second-round matchup would be between the Wildcats and Beavers, but Oregon State would have to upset No. 15 seed Baylor.