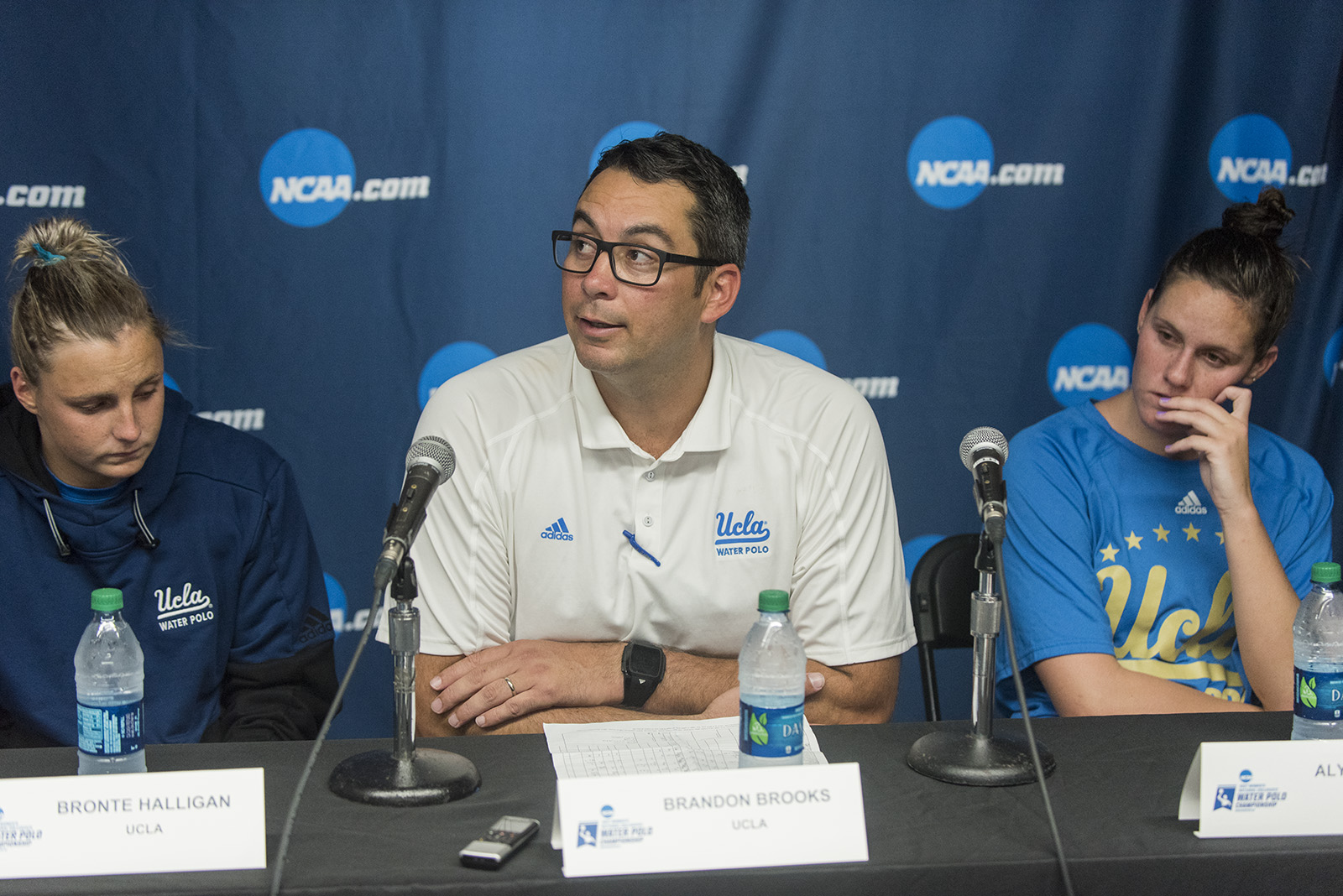 UCLA coach Brandon Brooks and the women’s water polo team fell to Stanford on Sunday in the national championship for the third time in four years, something he said is the result of individual results and nothing overarching. (Amy Dixon/Daily Bruin)

Before Sunday’s game, UCLA and Stanford had met twice in the past three years in the national championship game.

Both times, the Cardinal had been the one to come out on top, but 2017 was lined up to be different. The Bruins had beaten the Cardinal twice this season, the last time completely shutting Stanford down on offense for the final two quarters.

But UCLA lost the national championship game to Stanford again Sunday, for the third time in the last four years. Two of those three losses all came down to the last 11 seconds.

“We have lost to Stanford three times in the final, but they are all single games,” said coach Brandon Brooks. “Each year is completely different.”

In 2014’s championship game, the Bruins were up 5-3 at halftime after goals from then-sophomore attacker Kodi Hill and then-freshman utility Mackenzie Barr, among others, but five goals would be all that UCLA would score in that game. Stanford eventually tied it at five going into the fourth and final frame, and from then on, the Cardinal continued to be in control.

In 2015, the difference was a lot closer – there were six ties and neither team ever led by two goals or more. The game was four all at halftime and six all entering the final minute.

Then-redshirt senior goalkeeper Sami Hill, who recorded eight saves on the day for UCLA, got a stop with 11 seconds left in the game, and threw the ball to the side of the cage as Brooks hit the horn to call a timeout.

According to league rules, timeouts can only be called by players or coaches if their team has possession of the ball. If this rule is violated, the other team gets a penalty shot. The referee ruled that Hill did not have possession of the ball and had already thrown it to the side before Brooks called the timeout.

In a game-deciding penalty shot, Stanford’s Kiley Neushul ripped a shot into the back of the net and put her team up 7-6, which would be the final score.

And then this Sunday, UCLA never led in the competition.

Stanford jumped out to an early 2-0 lead, but a goal by freshman attacker Maddie Musselman made it 2-1 after the opening frame. In the second quarter, Stanford attacker Maggie Steffens scored twice, and another goal by the Cardinal made it 5-2 at the break.

“(UCLA has) so many great players, athletes, finishers, and when you make a mistake, they are able to make you pay,” said Stanford coach John Tanner. “But (goalkeeper) Gabby (Stone) and this group just did an amazing job on defense answering the call when we really needed it.”

Stone made a complete second-half Bruin comeback difficult as she recorded 10 saves Sunday, including a late save when she found herself one-on-one against UCLA redshirt senior defender Alys Williams.

Williams finished with a hat trick on the game, all three coming in the second half, but Stanford won 8-7.

Sunday’s game, in addition to being the third national championship UCLA has dropped to Stanford in the past four years, also had larger ramifications for both schools.

Stanford now has 113 national championship in school history – tying UCLA with the most championships by a school in NCAA history.