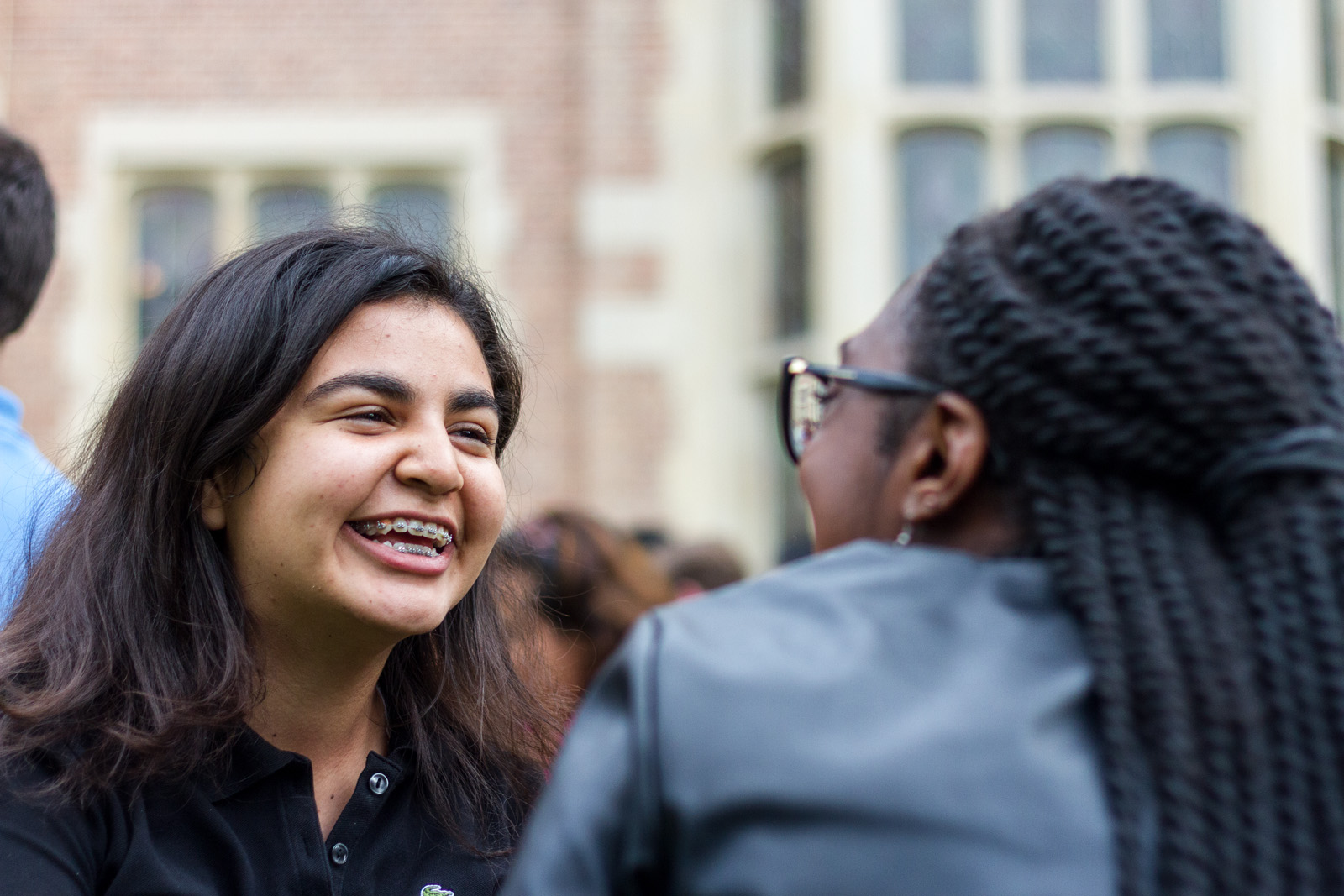 First-year student Nicole Corona Diaz ran as a member of a slate but considers herself an independent candidate since she was the only member of the slate elected to student government. (Habeba Mostafa/Daily Bruin)

Some current and past council members believe an independent-dominated council will give the Undergraduate Students Association Council a fresh start.

Many incoming council members said they believe the election season reflected concerns about current events as well as students’ overall dissatisfaction with USAC. Some said they look forward to having no particular slate dominating the council.

Christina Lee, the re-elected Student Wellness commissioner who ran independently both times, said she hopes there will be more autonomy among candidates. She added Bruins United council members tended to vote the same way along slate lines.

“(Independent council members) don’t have to be confined with any sorts of repercussions of not voting a certain way because we don’t have to align with anyone else,” Lee said.

She pointed to the May 2 meeting, when all the Bruins United council members voted not to extend public comment indefinitely after students at the meeting felt they were being silenced.

Nicole Corona Diaz, incoming general representative 1 from the DAAP slate, also said she thinks a Bruins United-majority council has been a problem because they often assume the same positions when voting.

“With independent candidates (on council), more council members will be free to stay away from party politics and vote to serve the students (and) make conscious decisions,” Corona said.

Corona said that even though she ran with DAAP, she considers herself an independent candidate because she only ran with one other person. She added that as the only DAAP council member, it does not matter that she ran with a slate.

However Rafi Sands, outgoing external vice president, said he believes that identifying as an independent candidate does not mean someone is above the reality of campus politics.

“It’s a natural phenomenon to take sides,” Sands said. “This guise of ‘independency’ I think is only true to a certain extent. Even though they don’t have a political name, it is a side.”

Sands pointed to Duverger’s law in political science theory, which states that two sides will naturally emerge in any plurality-wins electoral system.

“I won’t be policed anymore for my USAC reform committee,” he said.

Incoming General Representative 3 Justin Jackson, who ran with Bruins United, said he thinks Bruins United does not put politics before students, as some have suggested.

“We have a lot of fresh faces and opinions. (Bruins United is) a party of unique leaders that needed a platform to run on,” Jackson said.

Some Bruins United members said their slate will focus on making internal changes.

Kayla He, incoming general representative 2, said that even though she has only been in Bruins United since February and could not comment on how it operated before, she thinks the slate isn’t afraid to recognize its flaws.

“We just had a productive meeting on how to move forward,” she said. “A lot of us learned a lot (from this election), and moving forward is definitely what we are trying to focus on right now.”

Sands says he thinks Bruins United will make changes but he does not believe the council will be different.

“(Saying) ‘I won because this campus is independent’ is not grounded in fact,” Sands said. “If you think you’re truly above the politics you’ve lost your mind.”

However, Sands said there are many things that most students want, such as lower cost of attendance, more class space, a welcoming and safe space and protection from the university in cases of violence, sexual assault and harassment.

He added students do not talk enough about changes in those areas and instead focus too heavily on controversial events every year.

“That’s politics, I suppose,” he said.