Throwback Thursday: A look back at affordable Los Angeles realty 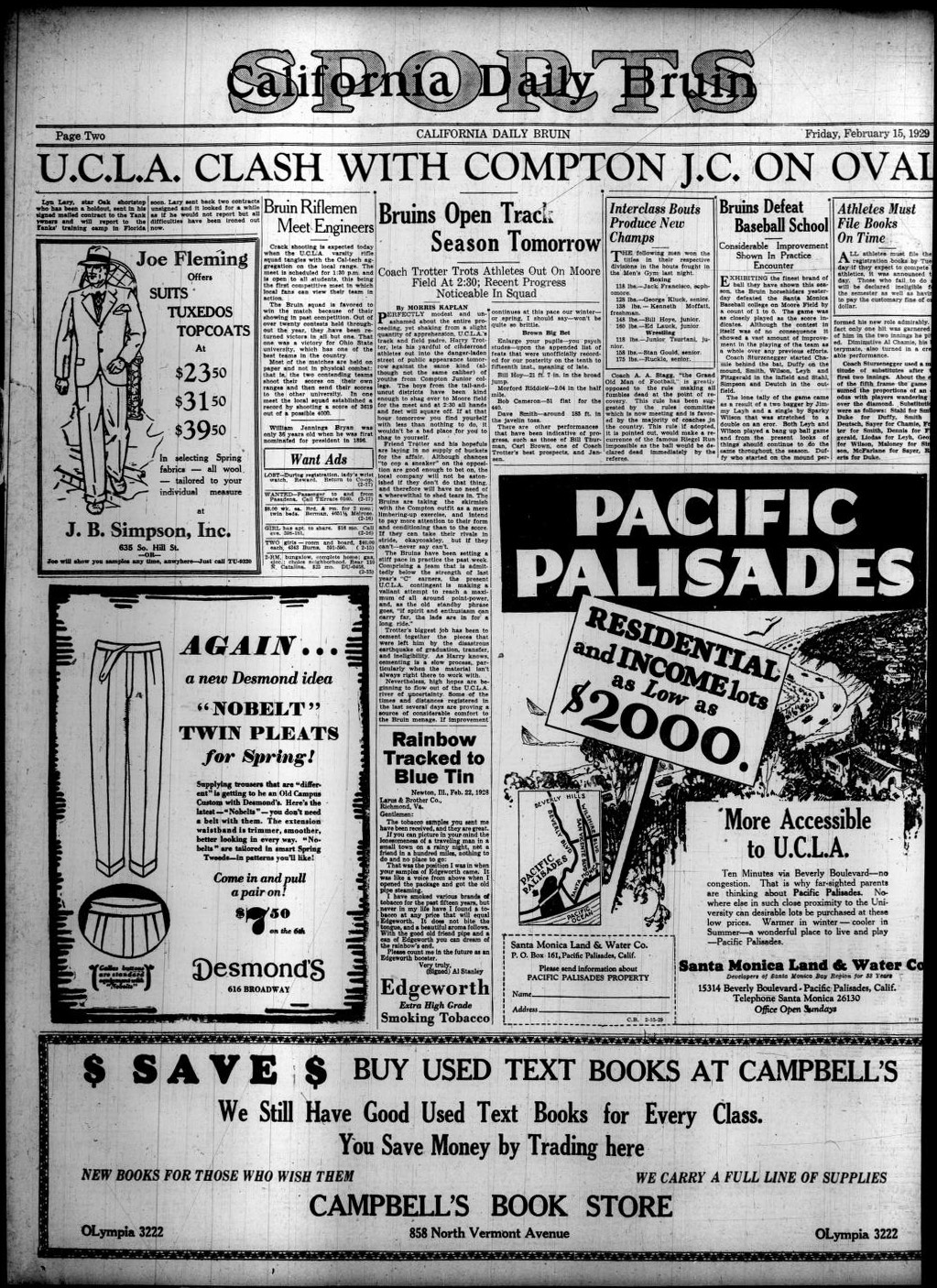 Los Angeles is many things: big, bustling, cosmopolitan – and growing. One thing it’s not, however, is cheap.

Anyone who lives in and around the City of Angels needs to dedicate a pretty significant portion of their paycheck to shelter. Home prices across the city remain ridiculously expensive, and it’s rare to find a home on the Westside listed for under a million dollars.

But that wasn’t always the case. In fact, Los Angeles was considered a haven of affordability during its boomtown phase in the early 20th century.

An advertisement from the Santa Monica Land and Water Company, which ran in a 1929 edition of the Daily Bruin, may seem shocking to contemporary Angelenos. The ad trumpets residential lots selling for $2,000. That’s about $28,500 in 2017 dollars.

The idea of being able to own a piece of land in one of the city’s most posh neighborhoods for the price of a midrange car is pretty mind-blowing.

It’s still a little steep for the average college student to pay, simply for the right to build a home on top of a piece of land. However, modern Bruins would be straight out of luck: similar lots on the Westside are now selling on real estate website Zillow for millions – yes, that’s plural.

Of course, the city has a lot less supply now. Its population is nearly four times larger and most of its habitable land is built up. There’s no more room to spread.

The most recent skirmish between the city’s pro and anti-growth factions played out at the ballot box in March, when voters overwhelmingly rejected Measure S, which would place a two-year moratorium on high-density development across vast swaths of the city.

The measure’s defeat spells good news for cash-strapped residents, but now the city needs to follow up. The most concrete action it can take right now is revamping its woefully outdated zoning laws to reflect the pressing needs of its population.

It’s doubtful we’ll ever be able to score a pad in the Pacific Palisades on a shoestring budget again, but that doesn’t mean the rest of the city can’t be within reach.