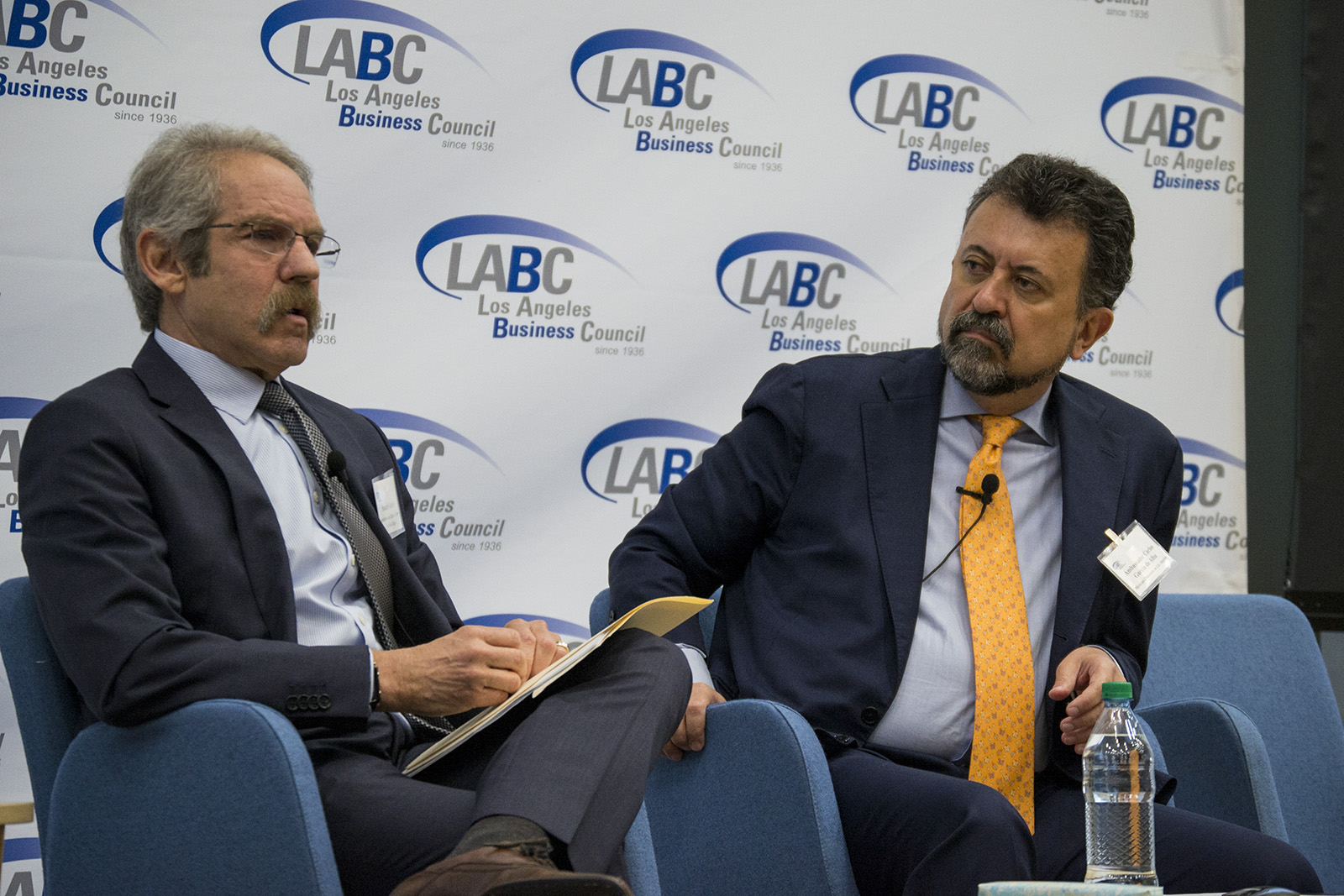 Los Angeles and Mexican business and political leaders discussed trade and collaboration between the two jurisdictions at a Friday forum held at UCLA.

Stuart Gabriel, director of the Ziman Center for Real Estate at UCLA, and Carlos García de Alba, consul general of Mexico in Los Angeles, discussed the amount of trade between Los Angeles and Mexico.

He added he thinks the consulate should reach out to the other 200 minorities in Los Angeles, not just Mexicans.

Gabriel said trade with the U.S. is important for Mexico. Bilateral trade between Mexico and California totals to about $26 billion in goods annually, he added.

He added though the exchange rate between the peso and the dollar has increased in recent years, the election of President Donald Trump did not have as much of an effect as some people have speculated.

“(The falling value of the peso) has been ongoing for past three or four years due to events in Mexico and the U.S.,” Gabriel said. “Mexico is a petroleum-exporting economy, and prices have fallen, putting downward pressure on the peso.”

He also said the early emergence of the U.S. from the great recession, tightening of monetary policy, relatively higher interest rates and a stronger investment environment has made U.S. exports more expensive abroad. This has meant Mexico has greater access to U.S. markets.

Gabriel added that about $400 billion in goods passes through the Los Angeles Customs District, the largest in the United States, on an annual basis, which he thinks underscores the importance of trade between Los Angeles and Mexico.

“We are a region,” he added. “If we want to be competitive, we need to integrate more and better.”

Gabriel said economic integration effforts, such as the North American Free Trade Agreement, bring higher levels of prosperity to all populations involved and is vital to the economies of both countries in the future.

Garcetti told the audience that despite the federal government’s attitude toward Mexico, he would continue to travel south and seek partnerships in industries like aerospace or clean technology.

“Our Southern neighbors are being demonized by political leaders,” Garcetti added. “You cannot say you don’t believe in things, that you don’t believe in relationships. That language is much more destructive; it plants seeds that take much longer to unwind than it takes to say and do those things.”

He also said if the U.S. pulls out of the Paris Agreement on climate change, he would work to adopt its policies in Los Angeles. He added he hopes the city serves as a model for cities in Mexico in areas such as public transportation and clean energy.

Other panels during the event addressed real estate in Mexico, the future of NAFTA and the renewable energy market in Mexico.