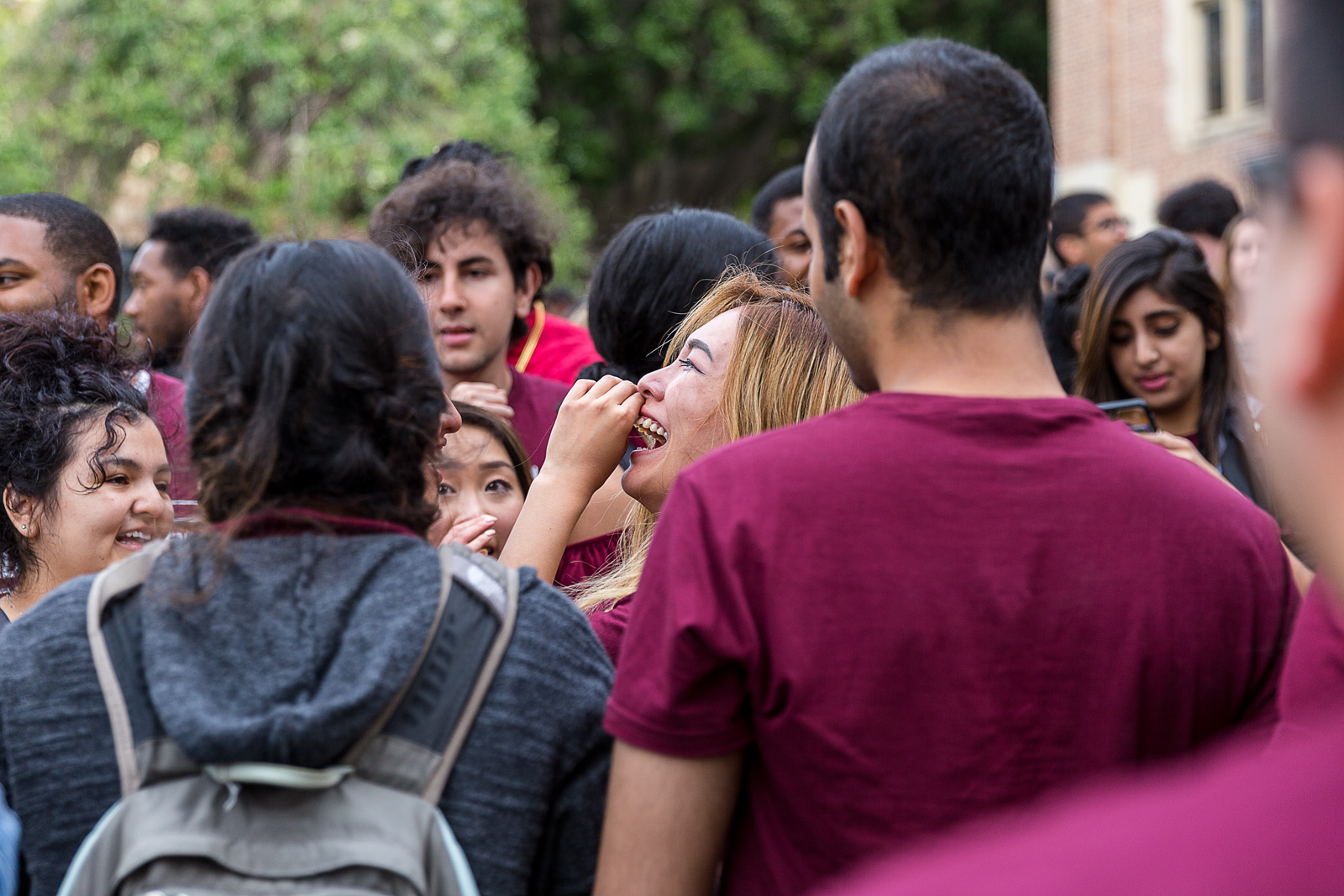 Nine out of 10 independent candidates in this year’s Undergraduate Students Association Council election won positions on the council.

The Bruins United slate secured two out of seven contested seats and will have four seats total, the fewest number of positions that the slate, which typically holds the majority of seats on council, has had in the past several years. Next year’s council will also have one Defend Affirmative Action Party member.

Voting took place from Monday through 3 p.m. Friday, and the USAC election board announced the winners at 5 p.m. the same day.

Arielle Yael Mokhtarzadeh, a third-year communication studies student, said she is humbled to become USAC president, but is disappointed with how the election season went. For example, petitioners unsuccessfully asked the USAC Judicial Board to disqualify her slate, Bruins United.

“Having seen two previous election cycles, this election cycle is particularly painful (because of) the incivility and inhumanity that students exhibited toward each other,” Mokhtarzadeh said. “I will not forget this for my time as USAC president and for the rest of my time as a Bruin.”

She added she feels slate dynamics have been counterproductive for USAC’s work.

“The partisanship has led USAC to be irrelevant, inaccessible and unresponsive to many of the students on campus,” Mokhtarzadeh said.

Immediately after the announcement, supporters surrounded future External Vice President Chloe Pan as she cried and hugged them. They hoisted her on their shoulders, chanting “Yes, we Pan,” as tears streamed down many of their faces.

“I feel very overwhelmed right now,” Pan said. “I’m so grateful for everyone who helped me with the campaign – they did this, not me. I’m nothing without this community.”

Afrikan Student Union chair Alicia Frison stood in the center of a circle of students that included some independent candidates who had won.

“This is what happens when people of color come together,” Frison chanted.

Frison, who helped run Sayron Stokes’ campaign for transfer student representative, said she thinks students of color were more heavily involved in campaigning this year than before. She and other ASU members spent about $500 and campaigned through grassroots efforts, such as fundraising and making their own flyers.

“People don’t think (Black students) have power because we’re 4 percent (of the UCLA population),” she said. “But we can really sway this (election).”

Vivy Li, the next internal vice president, said she had a difficult time running as an independent candidate without a formal campaign team. She added she hopes to see more solidarity on campus.

Corona said she is looking forward to pushing for UCLA to be a sanctuary campus, increasing minority enrollment and doing more advocacy. She added she hopes to bring a new perspective, focused on protecting marginalized communities and fighting against the effects of President Donald Trump’s administration, to the council table.

Corona, who is a newcomer to USAC, said she had four people on her team and had to learn as she started campaigning.

“Honestly this was such a shock,” she said. “It just proves that you can be an outcast, you don’t need unlimited funds or support (to win). People didn’t think about my experience, they just saw my drive and tenacity.”

Corona said only two people attended the election result announcement to support her, unlike the other candidates who had large groups of supporters with them. She added she hopes to inspire other newcomers running in the future.

She also said she plans to continue working closely this year with Gustavo Gonzalez-Ramos, the other member of her slate, who did not win a position.

Bruins United candidate Aaron Boudaie, who won the uncontested Financial Supports commissioner position, said he thinks no one can claim that the most qualified candidates won.

“They tried to tear us down, but they did not succeed,” Boudaie said. “I’m excited to get to work next year.”

The rest of the Bruins United winners could not be reached for comment.

The results are as follows: