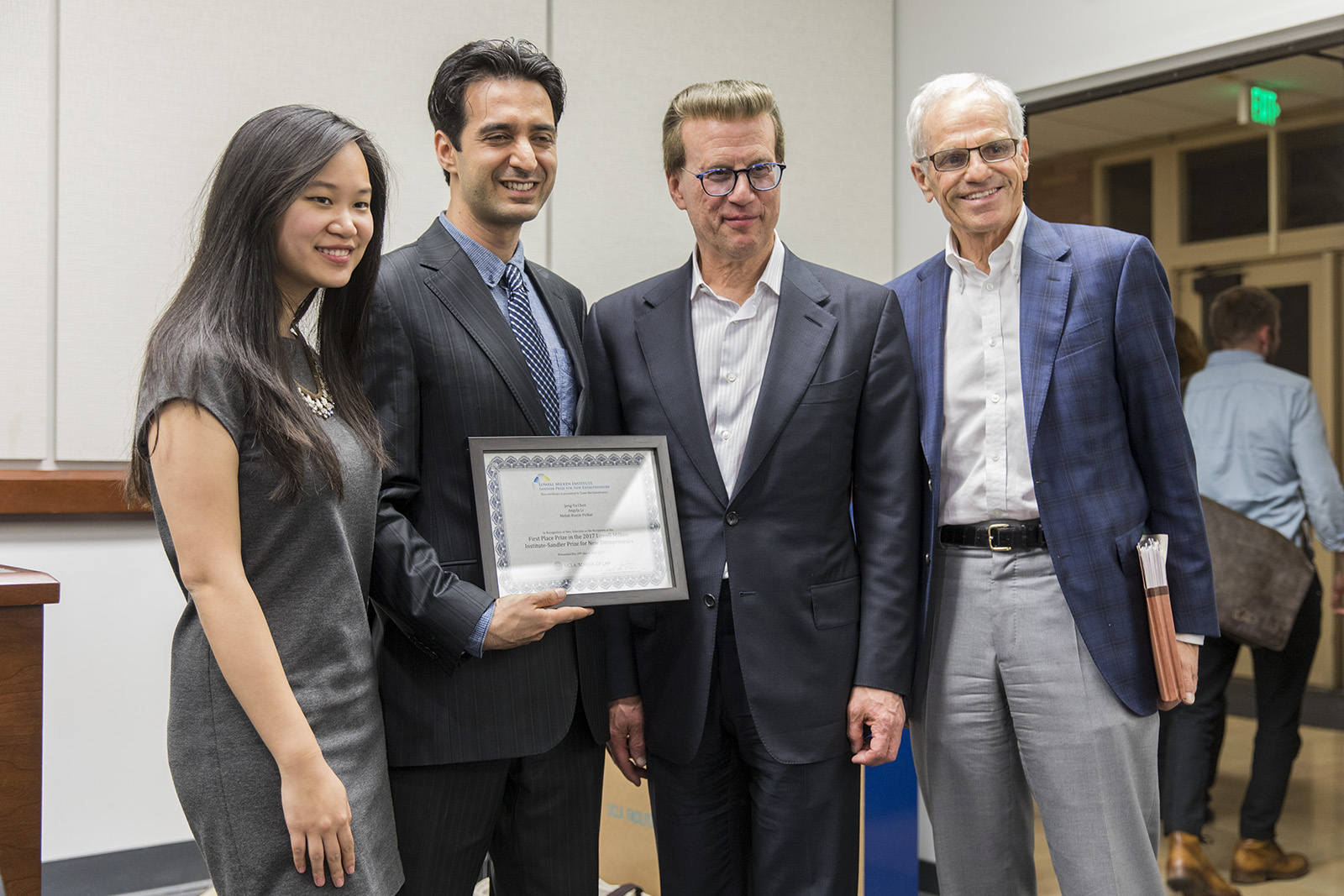 He said that patients who have tested the braces said they make brushing teeth and flossing easier because they lie behind the teeth rather than the front. The braces are also less painful and do not require monthly adjustments like traditional braces do.

Roein-Peikar said an elementary school teacher inspired the project. He said the teacher wanted braces because his students laughed at his crooked teeth. When the patient got braces, the students then laughed at the appearance of the braces as well, so the patient visited the dentist frequently to try to speed up treatment.

“He was happy his teeth were getting aligned, but he just wanted to get rid of the ugly braces,” Roein-Peikar said. “I told him I cannot do anything, (and) coming here every week doesn’t work.”

Roein-Peikar said an increasing number of adults are seeking dental braces, often because they were not able to afford them as children.

“Maybe 20 or 30 years ago if you were an adult and you had braces, it didn’t look very good (and) there’s some social pressure,” Roein-Peikar said. “But now, more and more adults are getting braces.”

A decade ago, Roein-Peikar’s professors in a dentistry school in Iran dismissed his idea for the braces as science fiction because the materials were too difficult to manufacture. It was not until last year that Roein-Peikar made a feasible design for the braces after numerous rounds of trial and error, he said.

“It took a lot of time to get the right thing,” Roein-Peikar said. “We did more than 200 different designs to get what we wanted.”

With the blueprints for the braces ready, Roein-Peikar attended the Lowell Milken competition mixer in the fall, an event that allows students with diverse backgrounds but a shared interest in entrepreneurship to meet potential teammates. Roein-Peikar met Angela Li and Jeng-Ya Chen, both graduate students at the UCLA School of Law, at the mixer.

Chen said she and Li needed an exceptional idea to follow because they both had limited entrepreneurial experience.

“(Roein-Peikar’s) idea seemed really exciting and something that could really change the future of an industry,” Li said.

Li said Roein-Peikar worked on the medical design and testing of the braces, while she and Chen worked out the business model and legal risks for the startup.

Chen said they spent long nights perfecting all aspects of the startup, such as refining their business plan and designing the logo.

“The deadline was near and everyone was stressed out,” Chen said. “I got a call in the middle of the night from Angela to choose a logo. We spent another 20 minutes to choose just the right shade of blue.”

The three members submitted their business plan and presented their startup to four high-profile judges in the final round.

“(We) definitely (had) a lot of nerves, but we practiced a lot,” Li said. “We recorded ourselves (and) watched ourselves on video. It was embarrassing, but it helped a lot.”

Li said the $70,000 was immensely helpful in developing the startup, but the team must secure more funding and an approved patent before the braces become an alternative option for traditional braces at the dentist’s office.

Roein-Peikar said the feeling of accomplishing a goal through teamwork was just as rewarding as the monetary award.

“We all grew really close from all the work,” Chen said. “I don’t think we could have asked for a better team.”

Roein-Peikar said the braces are awaiting approval by the Federal Drug Administration and are undergoing additional clinical trials.