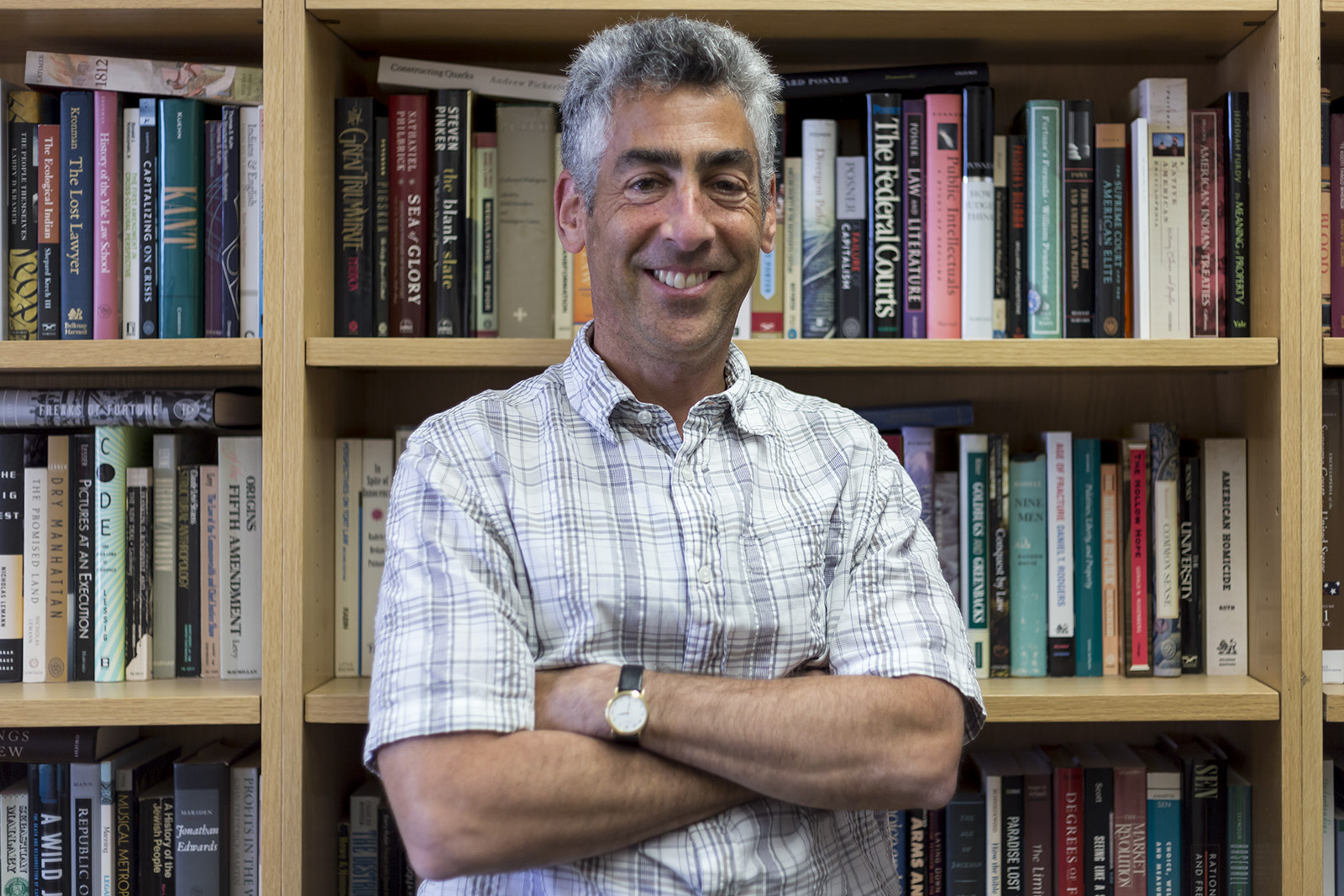 UCLA law professor Stuart Banner successfully argued a case about restitution with the help of students in his Supreme Court Clinic course at the UCLA School of Law. (Jennifer Hu/Daily Bruin staff)

Correction: The original version of this article misquoted Whitney Brown and incorrectly stated she watched a livestream of Stuart Banner's argument. In fact, she listened to a recording.

On the morning of April 19, law professor Stuart Banner returned from an early morning run to hundreds of emails, voicemails and text messages congratulating him for winning a Supreme Court case.

The U.S. Supreme Court issued a 7-1 decision in favor of the argument Banner had presented on a case involving court fees in Colorado. Banner worked on the case with the help of the UCLA law students in his Supreme Court Clinic course.

“We were delighted that the court found in our favor, and we think the outcome was both legally correct and just,” said Whitney Brown, a law student and a member of the clinic this semester.

Members of the clinic helped Banner work on the case Nelson v. Colorado, in which they represented two clients who had been convicted of crimes in Colorado, but whose convictions were reversed upon appeal, Banner said.

In Colorado, defendants convicted of crimes must pay the state for restitution and fees. But even if their convictions are overturned, they must prove their innocence in separate proceedings to get their money back, Banner said. The clinic successfully argued that this practice was unconstitutional.

“(Banner) didn’t want to take very much credit for the win, because he really thought it was the right answer from the start,” said Terra Laughton, a law student and a member of the clinic this semester. “He felt really strongly about this case.”

For the first time in his career, Banner personally handled the argument, and traveled to Washington, D.C., in January for his first appearance before the Supreme Court.

“I was a little nervous at the start, but once I began it felt normal, it felt conversational,” Banner said.

Brown said Banner wrote the petition and the brief for the case on his own last summer, and she was one of the student who helped review and edit the brief before he went to Washington to argue the case.

“It was pretty extraordinary because he hadn’t argued a case in over nine years … and he nailed it,” said Brown, who listened to a recording of Banner’s argument online. “It sounded like he was just having a conversation with the (justices).”

“I think it’s probably the coolest class at the law school,” said Ryan Azad, a law student and a member of the clinic this semester. “It’s a unique opportunity for law students, while we’re still in school, to work on Supreme Court cases.”

The students in the clinic form pairs and conduct research to write a petition for writ of certiorari, known as a cert petition, explaining why the Supreme Court should hear the case.

If the Supreme Court accepts the petition and decides to hear the case, the clinic then writes the merits brief, which establishes the clinic’s argument for the case.

The clients the clinic represents often include criminal defendants whose cases would likely never make it to the Supreme Court otherwise, Banner said.

The Supreme Court agrees to hear only about 80 cases per year, but Banner said the court granted four of the clinic’s petitions last year and two this year.

Banner meets with the student pairs each week outside of class and gives them helpful feedback on their writing for the cases. He also took all six students to Washington in March to watch Supreme Court case arguments in person, Sefton said.

“Most lawyers go their whole lives without ever being able to work on a Supreme Court case and I’m glad we’re able to give students that experience,” Banner said.

The students said the class helped them improve their legal research and writing skills, and provided valuable hands-on experience.

“It was our last semester in law school, and it felt like the culmination of everything we learned in the past few years,” Laughton said.

Banner said he hopes he can argue another case himself in the future, and added the clinic has four petitions pending with the Supreme Court this spring, three of which he will argue himself if the court grants them.

Azad said he enjoyed taking the clinic because he was able to practice law rather than just studying theory.

“It’s a different sense of satisfaction to know your work and your colleagues … not only helped your clients, but also set national precedents,” Azad said. “And now every other state in the country knows it can’t withhold money from people who have been exonerated of their crimes.”