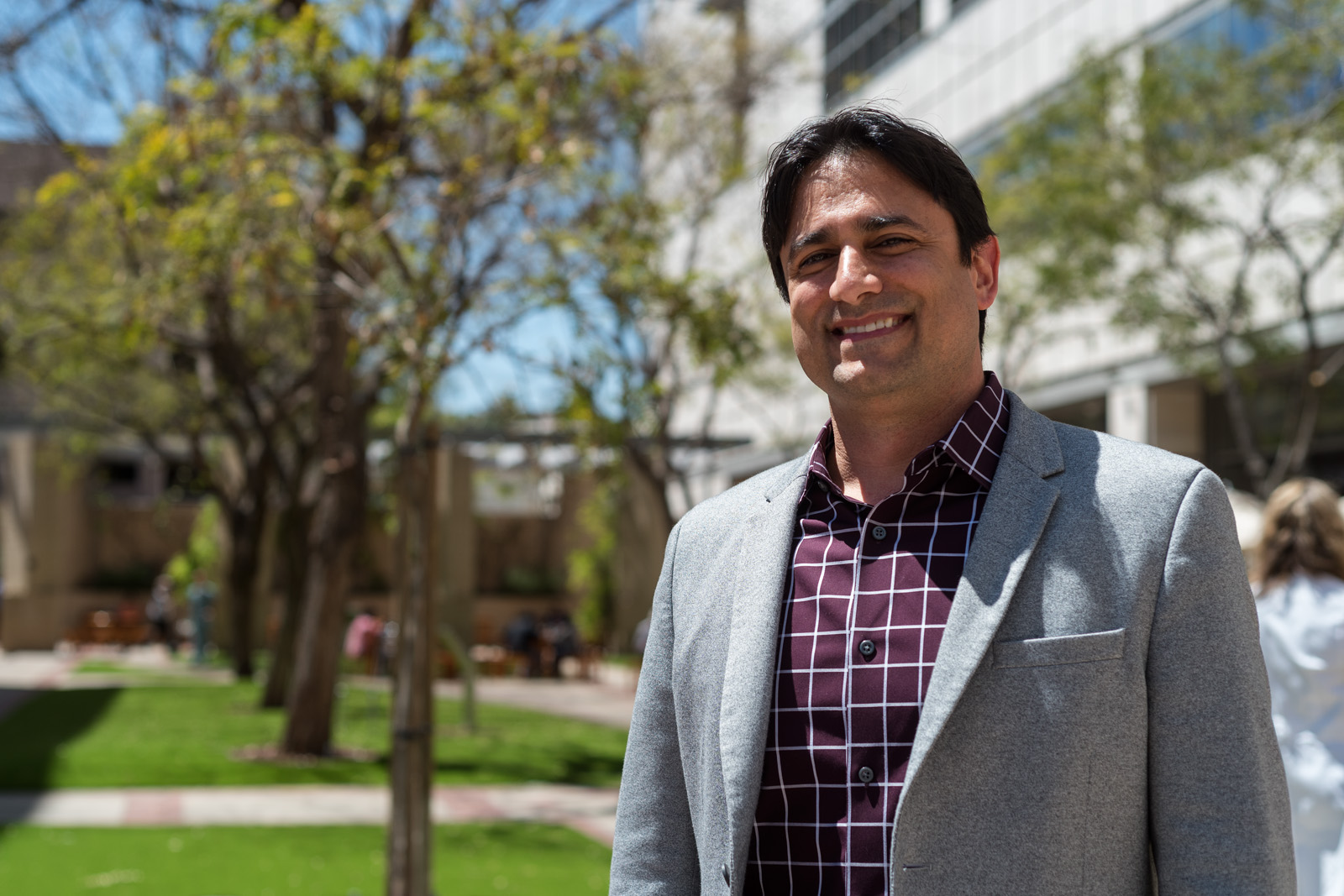 Jason Lerner, a pediatric neurologist at the UCLA Mattel Children’s Hospital, aims to create an adolescent epilepsy clinic that will integrate the expertise of many health care providers. (Esmeralda Lopez/Daily Bruin)

A UCLA pediatric neurologist is developing a center that he hopes will treat every adolescent with epilepsy in the city.

Jason Lerner, who works at the UCLA Mattel Children’s Hospital, is working to gather resources and recruit staff to establish the center, which will treat patients with epilepsy and comorbidities, or other disorders occurring simultaneously. Lerner said the university health system has committed to creating the center.

Lerner plans to work with nurse practitioners, psychiatrists, therapists, dietitians and social workers to give adolescents with epilepsy more comprehensive treatment. Instead of visiting multiple practitioners at different clinics, patients will be able to meet with all the necessary care providers in one appointment.

“There are other pediatric neurologists at Children’s (Hospital Los Angeles), at Cedars (Sinai Medical Center),” Lerner said. “But none of them have a comprehensive center like this. I don’t know that there’s another (as expansive) in the country.”

Among patients with epilepsy, adolescents in particular can have many comorbidities, such as depression, anxiety, attention deficit hyperactivity disorder, learning disabilities or autism, Lerner said.

Lerner said a centralized clinic would have helped many of his past patients. For example, he tried to control one of his patient’s seizures with medications for six or seven years before finally succeeding.

“She came back about a month (after graduating high school), worse off than she ever was when she had seizures, because even though we controlled the seizures, her anxiety came out, and the anxiety had a much greater impact on her life overall than the seizures ever did,” Lerner said.

Because he did not think adverse effects from anti-seizure medications were the cause, Lerner sent his patient to a psychiatrist and therapist to find the underlying cause of her anxiety.

The patient has since improved without adjusting medications. But Lerner said not many psychiatrists and psychologists work with children, and even fewer are well-educated about epilepsy.

“It took months to get her in to see a psychiatrist and a therapist because they were so difficult to find,” Lerner said.

The center will include dietitians because they can help plan a patient’s nutrition and potentially decrease the dose of seizure medications needed, said Joyce Matsumoto, director of the UCLA Ketogenic Diet Therapy program.

Social workers can also counsel adolescents with epilepsy who are becoming more independent, according to the Epilepsy Foundation. Lerner added many adolescents tend to have long-term seizures, and a social worker might be essential for patients having difficulties in school or transitioning into adulthood.

“Adolescents in high school looking to go to college – that’s a whole other set of pressures and stresses associated with that,” Lerner said.

Some studies have shown that a form of meditation called mindfulness helps adolescents with attention deficit hyperactivity disorder and adults with epilepsy, Lerner said. He hopes to work with the UCLA Mindful Awareness Research Center to study or incorporate mindfulness as a form of treatment with adolescent epileptic patients.

He will also work with the Epilepsy Foundation of Greater Los Angeles to educate and form support groups for patients and their families.

“My wife has epilepsy, and when I was doing my (residency) training in New York, she ran a teen group there,” Lerner said. “I saw these kids and a lot of the struggles and problems that came along with the diagnosis of epilepsy – as well as the stigma.”

Some adolescent patients have never met anyone else with epilepsy, Lerner said. Support groups at the center will allow patients and their families to talk to others who are experiencing the same things, which Lerner said can improve quality of life.

Lerner said he has found most of the practitioners needed in order to start the center. He hopes other pediatric neurologists at UCLA will join and grow the center, which may open as early as fall 2017.