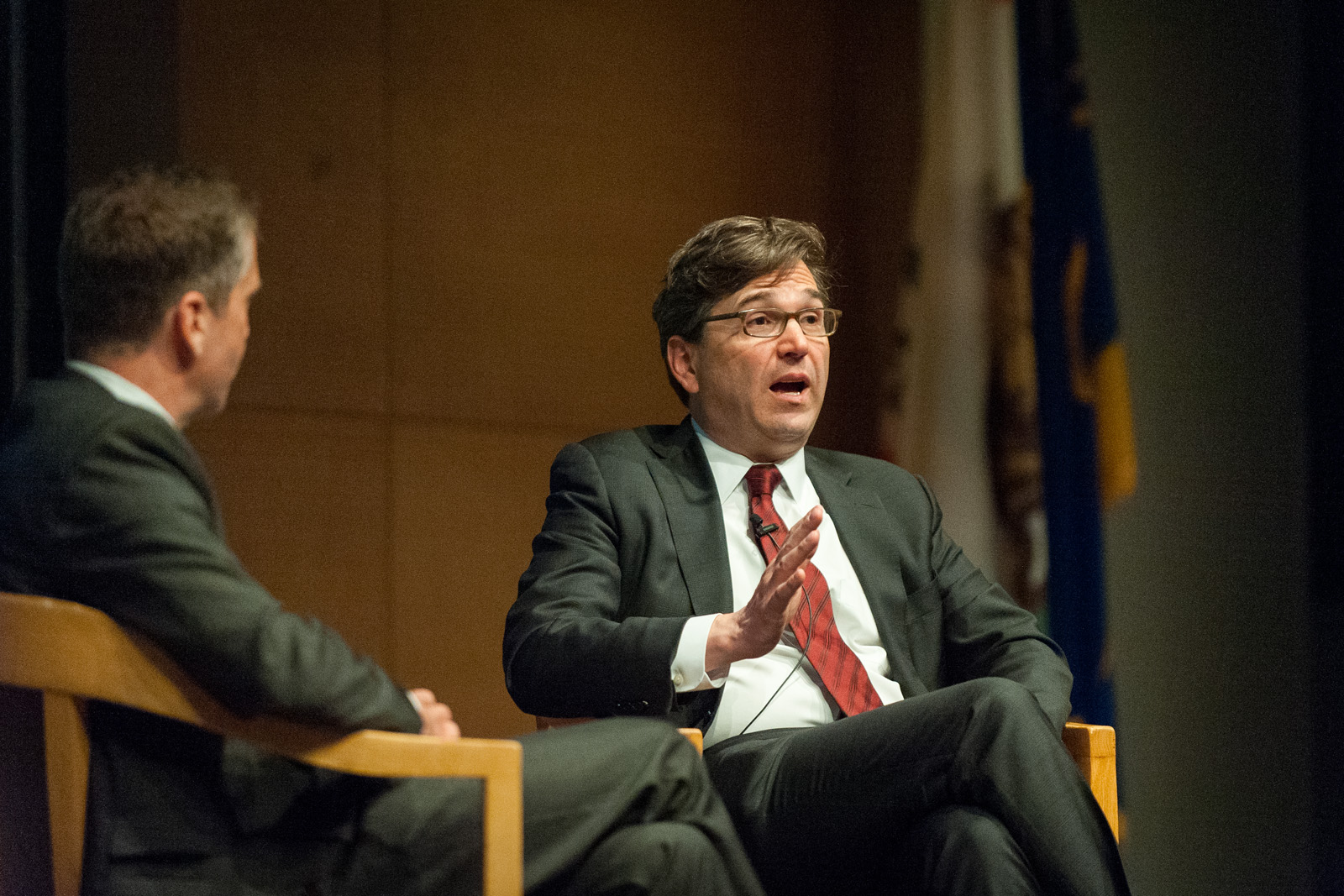 The former chief economic adviser for President Barack Obama juggled apples to close a lecture at UCLA on Thursday.

Jason Furman, chairman of Obama’s Council of Economic Advisers from 2013 to 2017, said the apples reminded him of his time in the Obama administration because the president often had one on hand during meetings.

Furman discussed how different policies and ideas could affect the performance of the U.S. economy.

He said he thinks the overall growth of the U.S. economy would not depend on the small measures currently being taken. He cited Argentina’s economy as an example of the small role of government in stimulating economic growth; despite military rule, coup d’etats and price controls, the economy in Argentina only grew about 0.7 percent.

He added he thinks a country should not sacrifice large distributional services and social welfare programs for a little amount of growth. For example, if Congress and President Donald Trump repealed the Affordable Care Act, the economy would grow about 0.2 percent, but the health care benefits and subsidies are worth $10,000 to a family at the bottom of the economy, he said.

Furman also said he thinks the best forms of regulatory reform for the American tax system would only help the economy grow 0.1 to 0.2 percent.

He added he thinks Hillary Clinton lost the presidency because some people made mistakes before she declared her candidacy. He also said he thinks Clinton could have talked more about trade on the campaign trail, but policy was ultimately not that important in the election.

Furman also said he thinks economists play an important role in shaping government policy by compiling data to support claims. However, they cannot be expected to predict the future, he added.

“A dentist may be able to fix a cavity, but he cannot necessarily tell you where to expect one,” Furman said. “So we know how to clean up a recession, but can’t really tell if one is coming.”

People in the audience said they thought Furman brought a unique perspective on the economy based on his experience and background.

Devansh Amin, a third-year political science student, said he thinks Furman brought up an important perspective of rejecting biases in favor of fact-based analysis. He applied this idea to the Trump administration and its current views on the American economy.

Amin also said he thinks Trump’s focus on certain U.S. industries, such as steel, should be seen as a response to excess production by other countries, such as China, rather than an anti-globalization strategy.

Renee Ding, a third-year political science student, said she was surprised that Furman does not support a basic universal income, among other positions.

“He said he was able to frame some issues as moral while he thought about them as economic,” Ding said. “It was interesting to see how he can compartmentalize like that.”

Ding added she enjoyed hearing from an economist who managed policy about how they can shape the policymaking process.