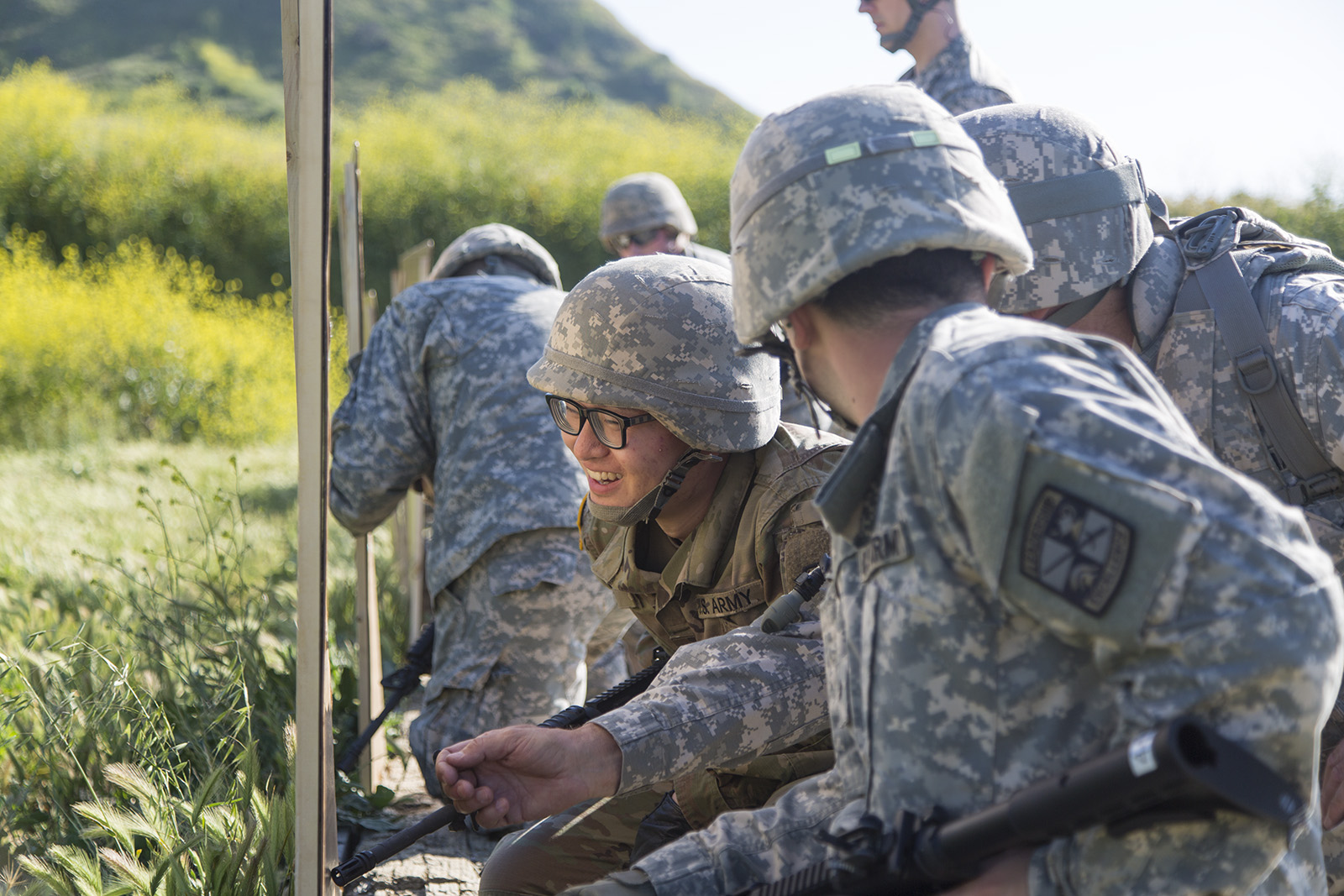 Correction: The headline accompanying the original version of this article incorrectly stated international students are members of ROTC. In fact, they are United States citizens.

When he first came to the United States, Ethan Liu dreaded grocery shopping because he did not know the names of produce he was buying and would hold up the line behind him.

Liu, a fourth-year psychobiology student, said his family was initially hesitant about his decision to join the military.

“My family was like ‘Are you really going to go out to the field and kill people? What if you get wounded or killed?’” Liu said. “That’s what they thought the army did, but there’s definitely more to it than that.”

Eventually Liu’s family agreed with his decision, recognizing that the military would give him automatic U.S. citizenship, as well as financial independence and other opportunities that would not have been available to him as a regular international student.

Liu said he struggled with language barriers when he first arrived in the United States in 2012. The struggle followed him to the Reserve Officers’ Training Corps when he joined as a cadet in 2015 after transferring to UCLA from Santa Monica College.

“Sometimes they use abbreviations and certain professional words that I’ve never heard of before,” Liu said. “I’m often the only one who doesn’t know what they’re talking about, but I’m also often too embarrassed to ask.”

Liu said he sometimes forgets the meaning of certain orders and consequently gets reprimanded for not listening or paying attention.

“Even though I’ve already been here for five years, there’s still a lot of differences and a lot I have to adjust to,” Liu said.

Liu said ROTC has helped him develop his confidence and leadership skills.

“Sometimes you have to make decisions for your squad,” Liu said. “You have to speak in front of a lot of people, and that’s a big challenge for me. I’m not used to doing public speaking and making decisions, especially when it’s kind of important.”

Liu recalled a tactical training session last quarter when he was assigned a leadership position and put under pressure.

“It was kind of tough in the beginning,” Liu said. “You have to make a whole plan about how you’re going to set up patrol and patrol base with everyone looking at you and within a certain amount of time.”

Liu said that he felt the most stress whenever something unexpected happened and he had to respond right away.

“You can’t just freeze,” Liu said. “My whole platoon got killed in an exercise once because I froze.”

Liu said he has come to embrace ROTC for the relationships he has developed.

“You pretty much spend every day with the same people,” Liu said. “You start bonding with them, and that keeps you motivated every day and makes you feel like you have a purpose.”

Catherine Shin, a fourth-year student in the Chinese department, is a U.S. citizen but spent most of her life in Singapore. She said that she was used to doing regurgitative work and rote memorization and was not used to how everyone in ROTC has to work together as a team.

“For the few international students that are in ROTC, we do have a lot of cultural differences,” Shin said. “But we wear the same uniform, train at the same time and have the same mission, so we don’t really see each other as that different in the end when we are forced to work together as a team.”

Nader Mirzaei, a fourth-year mechanical engineering student at California State University, Northridge, immigrated to the U.S. from Iran in 2009. He said he left because he did not support the Iranian government and wanted to seek better opportunities in the U.S.

“In Iran, the government forces you to do things or accept certain beliefs you don’t want to do or believe in,” Mirzaei said. “You have to do it or you will be punished in certain ways.”

Mirzaei said he joined ROTC to immerse himself in American culture and give back to his new home country for the opportunities the U.S. has given him. He said he noticed fundamental differences between public sentiment toward the two countries’ militaries.

“In Iran, people are more afraid of the military,” Mirzaei said. “People support the government and military because they are forced to, and they could go to prison if they show that they don’t.”

He said the American people’s support of the military appeared more genuine.

“We know the military as our freedom because our military is built by the people,” Mirzaei said. “We trust our military because if something goes wrong, even with the government, people support it because they genuinely support the army.”