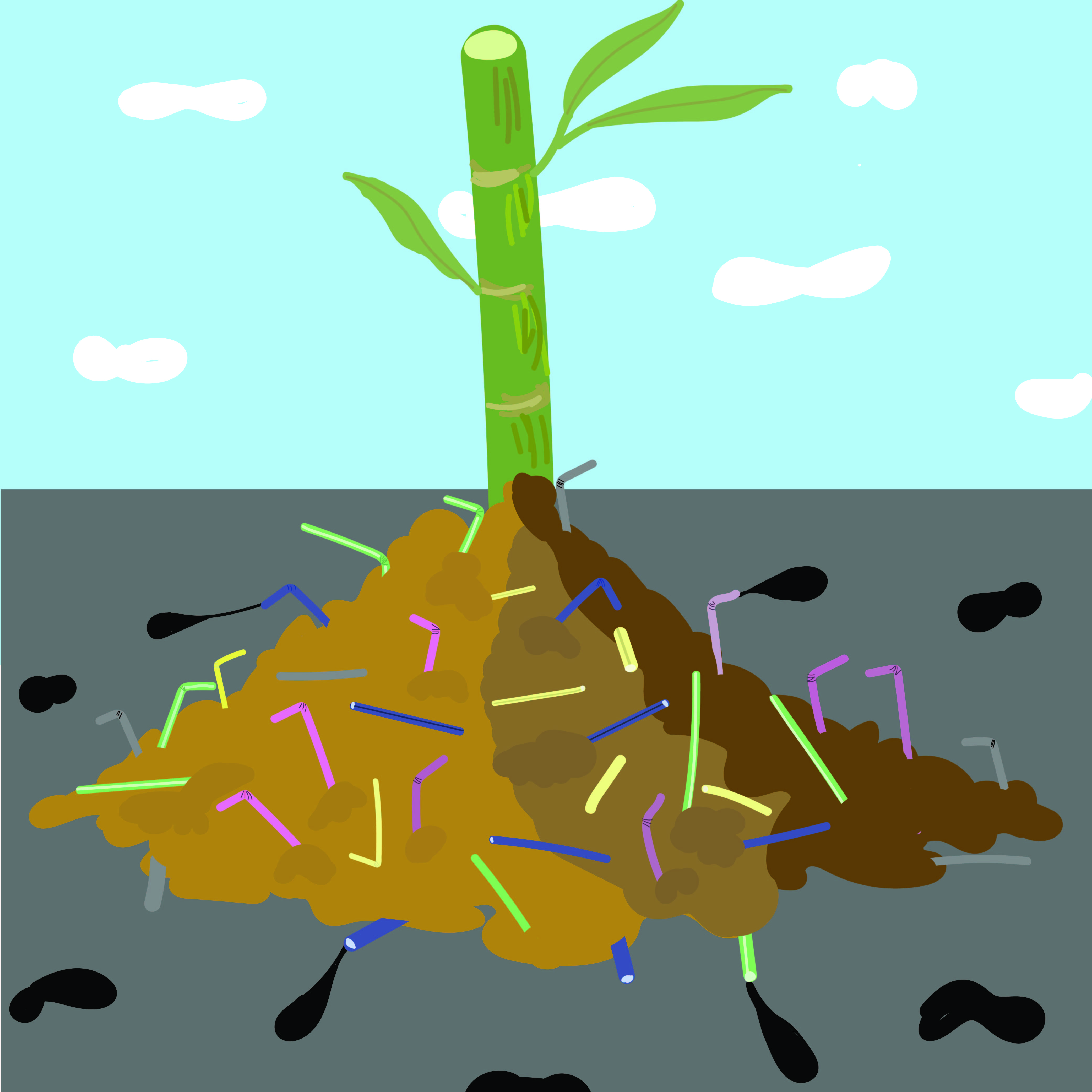 Students are never really taught how to protect the future of Earth. At least not at the lunch table.

But there’s an inconspicuous agent in each person’s drink, one that’s also one of the most unassuming contributors to landfills: straws.

While Earth Day has passed, UCLA still has a long road ahead when it comes to sustainability. In 2012, the university introduced its UCLA Zero Waste Plan, a recycling and waste program meant to reduce the campus’ contribution to landfills to zero by 2020.

But UCLA can put a significant dent in its carbon footprint by reducing plastic straw consumption and replacing plastic single-use straws with bamboo reusable straws.

Each UCLA Dining restaurant, which includes places like Bruin Café and Rendezvous, currently offer compostable plastic straws. These straws have been approved by the school’s compost facility, according to Emma Sorrell, the sustainability manager for UCLA Housing and Hospitality Services. Therefore, the straws do not add to landfill or plastic waste – provided they go into the compost bins.

The problem is, they don’t. Many students don’t pay attention to where they place their trash. They tend to throw straws anywhere, whether in garbage cans, recycling bins or simply on the ground.

Rendezvous instructs its patrons to throw their plastic lids and straws in specific bins for compostables. However, one look at the mad rush of students coming out of the building, and it’s clear very few pay attention to the instructions posted on the bins.

It’s no different when you walk through the UCLA campus. You can see straws and plastic waste littered everywhere. It doesn’t matter if the straws are compostable or not if they aren’t even ending up in the compost.

This isn’t just a campus beautification problem. Often, straws are overlooked and seen as an insignificant source of the Earth’s plastic waste. However, according to StrawFree.org, about 500 million straws are thrown away in the United States daily – enough straws to wrap around the Earth twice. Reducing plastic straw consumption is an easy way to help UCLA reach its goal of zero waste by 2020.

This seemingly minute attempt to further sustainability at UCLA can begin with UCLA Dining restaurants. They should offer bamboo straws instead of compostable single-use plastic straws. The bamboo straws are made by local volunteers and can last over a year, said Diana Lofflin, founder of StrawFree.org, a company which sells these straws.

Transitioning from plastic straws to bamboo straws may not be easy at first, but it would be pretty natural once implemented. Much like utensils in the dining halls, UCLA Dining can wash the straws and reuse them. Diners can finish their meals and place their straws in the clean-up bins like the ones students already utilize at dining halls for utensils. This can help students avoid throwing away plastic straws into trash cans or leaving them behind on tables or around campus.

UCLA Dining quick service restaurants, like Bruin Café and Café 1919, should have straw bins in visible areas, like above trash cans. The bins would be much like the bins they have now but would be specifically for reusable bamboo straws. Students eating on the patio can place their straws in the bin on their way to class or to their dorms.

Every plastic straw consumer might believe that one straw wouldn’t make a difference, but each straw adds up. Straws end up in the accumulating piles of trash at landfills.

While UCLA straws are compostable, the majority of plastic straws aren’t recyclable. Having compostable straws is no longer enough. They can still end up harming Earth if they end up at landfills or beaches instead of the compost center.

Not only that, but they can harm wildlife – like a poor sea turtle in a viral video from 2015. It needed a plastic straw removed from its nostril. And who could forget all those photos of helpless animals caught in trash?

Every straw matters; it only takes one misplaced plastic straw to harm another animal. Once they’re out in the wild, the only viable way to reclaim plastic waste is through arduous beach clean-ups, Lofflin said.

Earth Day shouldn’t just be a day. It should be a year – a lifetime. Taking care of the Earth, with simple acts like choosing not to get a straw, should be ingrained in our everyday life. For now though, bamboo will do.