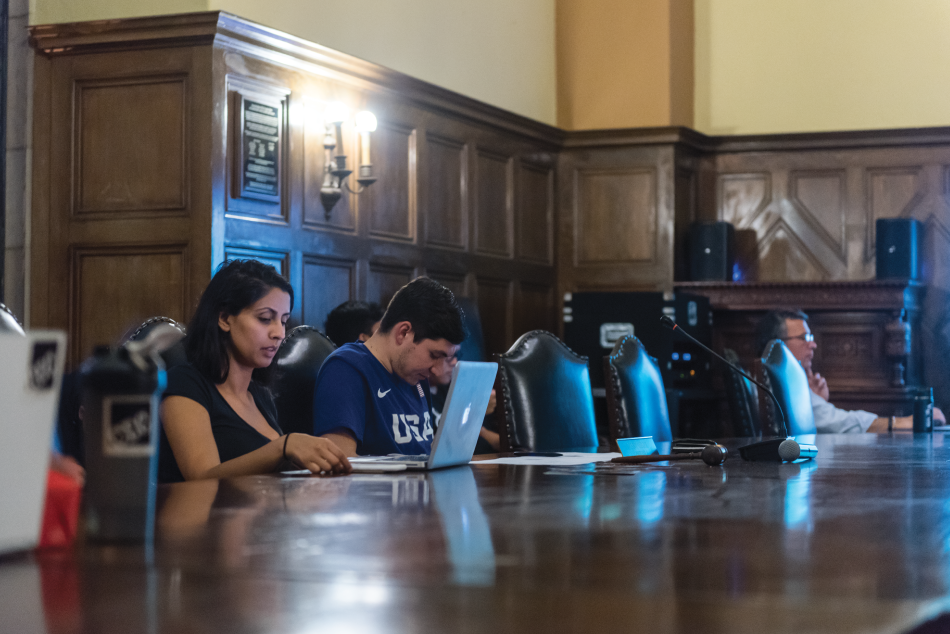 USAC council meetings take place every Tuesday. This week, the council could not vote on any agenda items because only seven out of 13 members attended. (Petek Kuscu/Daily Bruin)

The Undergraduate Students Association Council is the official student government representing the undergraduate student body at UCLA. Council meetings take place every Tuesday at 7 p.m. in Kerckhoff 417 and are open to all students. Watch a livestream of the meetings on the USAC Live! YouTube channel.