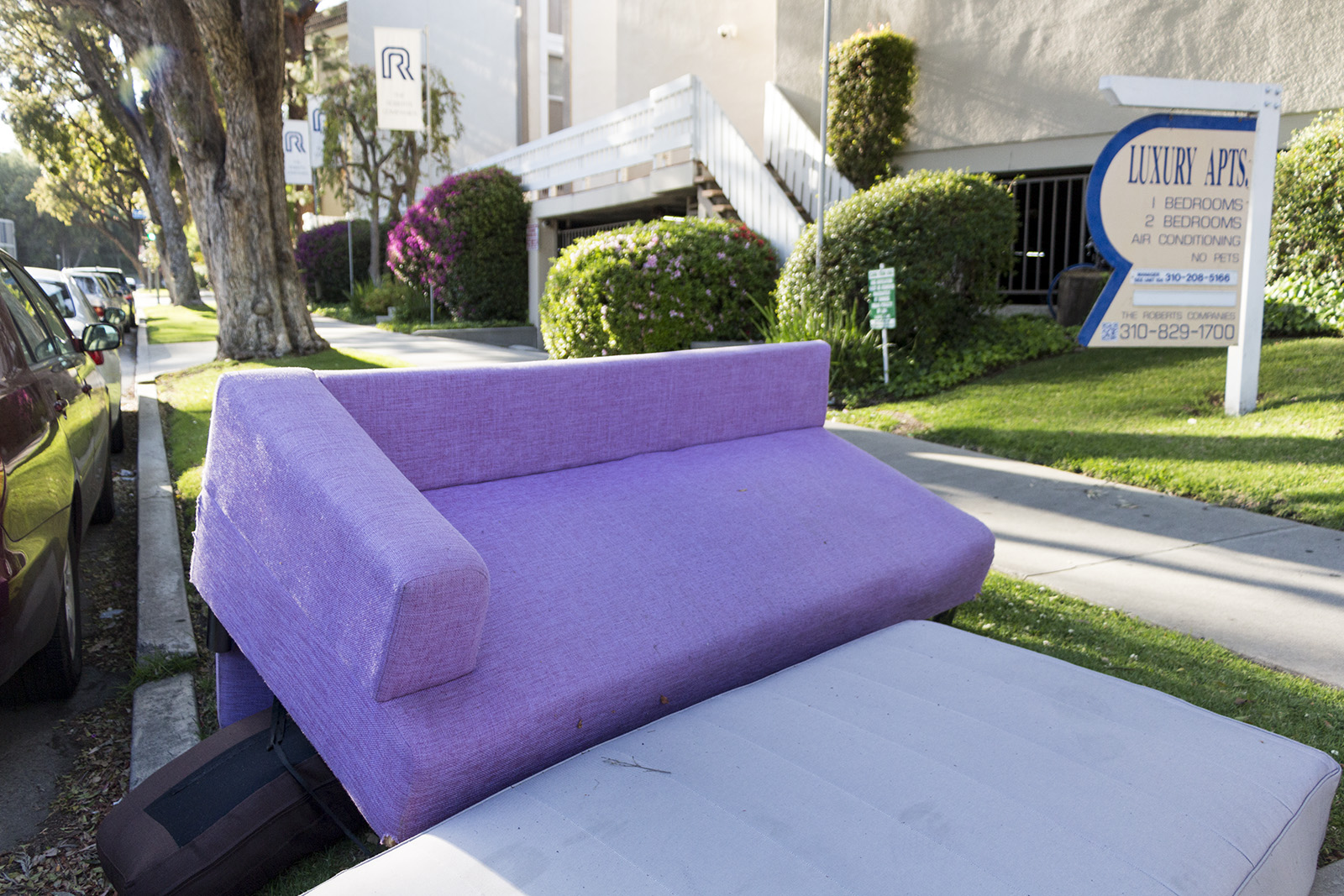 Councilmember Paul Koretz plans to hold a workshop to educate Westwood residents about alternatives to illegal dumping of furniture and large objects on sidewalks, which is punishable by up to a $10,000 fine. (Erin Gong/Daily Bruin)

Students who regularly move or are unaware of rules banning street dumping often leave out old furniture instead of properly getting rid of their bulky items. To combat this problem, Councilmember Paul Koretz’s office will soon hold workshops to educate Westwood residents on alternatives to illegally dumping their mattresses, furniture and other bulky items on sidewalks.

Illegal dumping is an ongoing issue in the North Village, said Jasmine Shamolian, Koretz’s field deputy. Koretz’s office coordinated with the Bureau of Sanitation about a year ago to conduct more trash sweeps during UCLA’s move-in and move-out dates. She added the office is now working with the city attorney’s office and the Bureau of Sanitation to organize workshops on the rules of street dumping.

Residents are advised to dump bulky items in landfills, including one in Burbank. People who illegally dump on public and private property can be fined up to $10,000 and may also be punishable by up to six months in prison. People who transport their bulky items to dump them in illegal areas can also have their car seized.

“The city currently does not enforce the rules of street dumping, so we want to educate residents before enforcing any punishments,” Shamolian said.

Maria Sun, a UCLA alumna and North Village resident, said she thinks the city does not currently do a good job educating residents, because she did not know about the rules against dumping despite living in Westwood for years.

She added she thinks the city should mail out pamphlets detailing the rules because residents may not have time to attend the workshops.

Katherine Zhou, a fourth-year English and ecology and evolutionary biology student who lives in North Village, said she understands why it is difficult for students to get rid of their belongings when they are moving out. She added she thinks it is the responsibility of landlords and property managers to deal with trash dumping in the Village.

“It’s not a good thing and I do think they should do something about it,” she said.