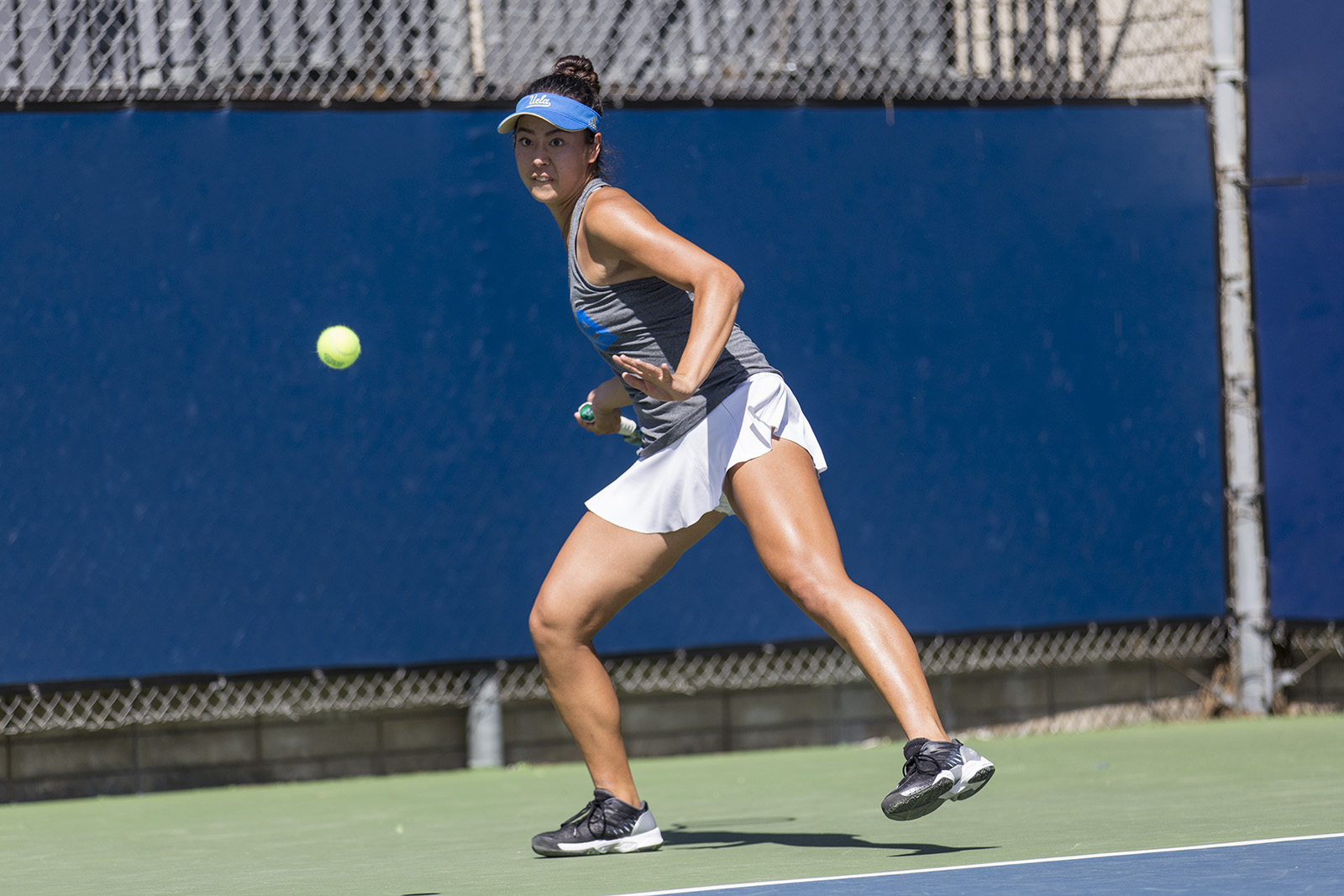 Freshman Ena Shibahara swept both of her singles matches against Washington and Washington State this weekend, dropping only eight games combined. She also teamed with junior Kristin Wiley for doubles wins in both dual matches. (Dayoung Lee/Daily Bruin)

The Bruins nearly swept both the Washington Huskies (14-5, 3-2) and the Washington State Cougars (9-10, 0-5) – 4-1 and 6-1 respectively – to clinch their third and fourth straight victories of the season, dropping just two points in two games.

Wins on courts one and three clinched both doubles points for UCLA.

The No. 22 duo of redshirt freshman Jada Hart and junior Terri Fleming moved to 9-0 in dual play with 6-3 and 6-4 wins at court one to secure the early leads for the Bruins.

Freshman Ena Shibahara and junior Kristin Wiley also went undefeated in doubles, losing just five games in two matches to dispatch the Huskies 6-2 and the Cougars 6-3. The pair upped its doubles record to 5-0 this season, with all matches coming at court three.

Shibahara didn’t drop a set in singles either, giving up only eight games over four sets at the top of the lineup.

Sophomore Alaina Miller bounced back from a 6-1, 6-2 loss against the Huskies’ Miki Kobayashi to defeat the Cougars’ Aneta Miksovska 6-3, 7-6 (3) and clinch the dual match for the Bruins.

UCLA will return home for back-to-back dual matches against Colorado and Utah over the weekend. The Bruins will be looking for their fifth and sixth straight wins this season as they start the second half of conference play.