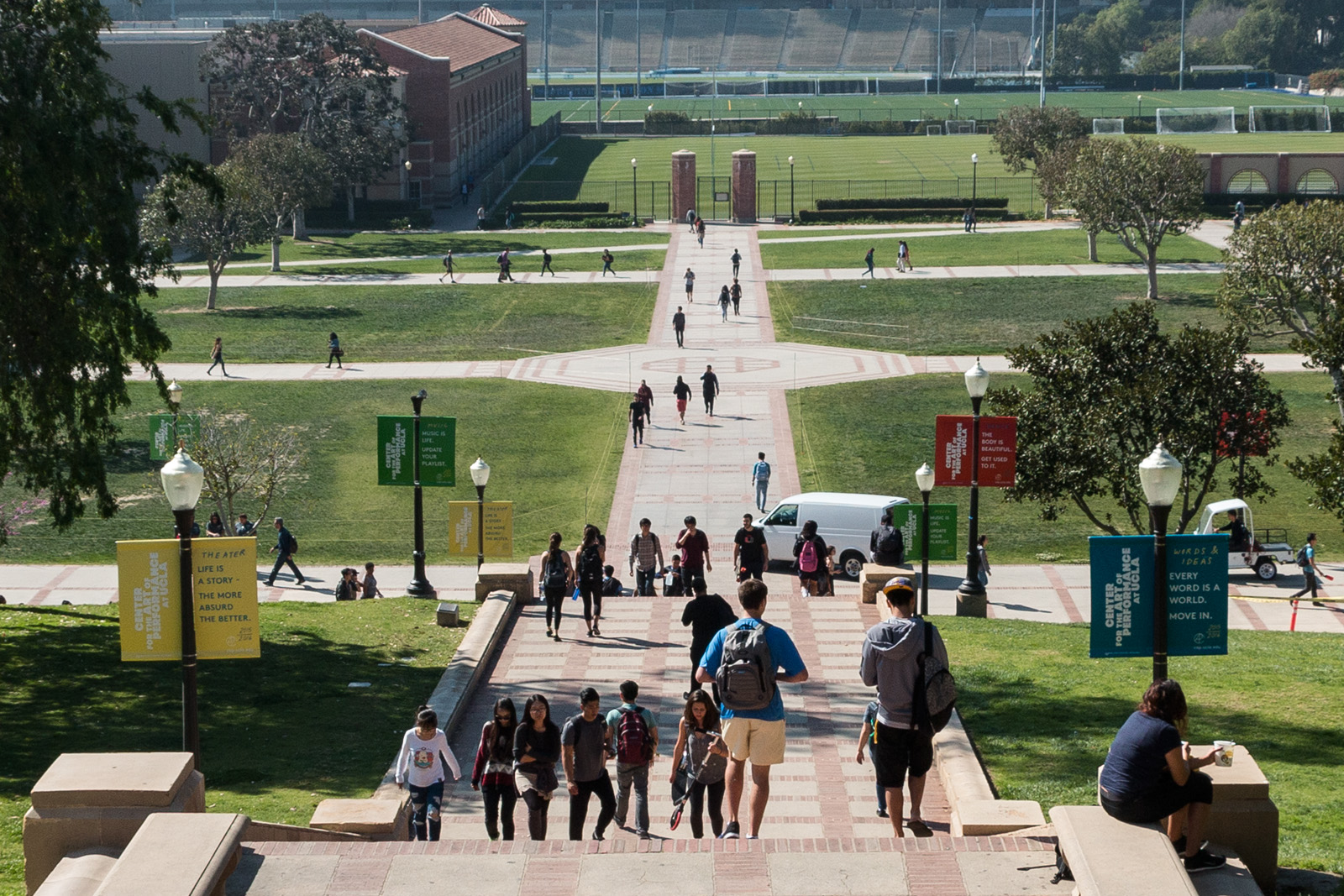 The California state government must recognize the financial and economic benefits non-resident students attending the UC have for the state and its residents. (Daily Bruin file photo)

The California state legislature has taken to scapegoating nonresident students in a quixotic attempt to “serve” residents. But waging a proxy war against out-of-staters will not help Californians.

Last month, University of California president Janet Napolitano announced a proposition to cap non-Californian student enrollment at their current levels at UCLA, UC Berkeley and UCSD, and at 20 percent for six other campuses. State lawmakers pushed the legislation and threatened to hold back $18.5 million in funding if the university did not place the cap.

The idea may sound great – who wouldn’t want to reserve the UC strictly for Californians? But it is crucial to think about the probable consequences for the UC school system. Turning down the brightest students may hurt the overall status of UC schools compared to that of other higher education institutions. That, more than anything else, would be a disservice to the state of California.

When something goes wrong, the international and out-of-state students are the first to be sacrificed. For instance, the UC long-term stability plan for tuition and financial aid approved in November 2014 includes a plan to increase out-of-state tuition every year.

It’s time to stop scapegoating out-of-state students for the university’s issues. Nonresident students contribute intellectually and financially to the UC just as much as residents, and can offer just as much to the state of California. State lawmakers must realize this and stop demanding out-of-state enrollment caps of any kind.

Nonresident students are working to counteract the ideas behind the caps. Ashraf Beshay, a fourth-year biology student from Egypt and president of the United Arab Society, said imposing a 20 percent cap on nonresident students would rob many high achievers of their dream to study in UC schools. Beshay insisted this proposal is another act of negligence toward the non-Californian student body after the recent increase of the already-high nonresident tuition fees.

He’s not the only one who feels his way. Emanuela Boisbouvier, a third-year political science student from Monaco, former Daily Bruin A&E writer and vice president of EuroBruins, a student organization dedicated to promoting European culture at UCLA, said she understands that this proposition is a way to protect Californian interests. However, she thinks the primary criteria of admission should be academic potential. She stated that it is not fair to international and out-of-state students and that this proposition could potentially decrease the quality of the student body in UC schools. She also added that the mix of international and local communities is what allows the UC to be prestigious.

And at UCLA, international and out-of-state students pay up to $26,000 in extra nonresident supplemental tuition. Consequently, while a decrease in non-Californian enrollment could free spots for Californians, it may also cut down on the UC’s overall affordability.

Furthermore, these out-of-state students can still serve the state just as well as residents. The UCLA Career Center reports that 87 percent of its alumni – resident and nonresident – join the California workforce, thereby contributing to the state economy. In that sense, it wouldn’t be wrong to say Californians’ UC tax money returns to them via a more vitalized and robust economy.

Quotas are not the key to improving the UC school system. Limiting nonresident student enrollment throws a whole host of financial and economic benefits out the window and prevents the UC from enrolling the most brilliant students, and realizing its essence as a large and diverse cocoon of ideas.

Hopefully, the recent delay on the vote that was supposed to take place on March 16 – now scheduled for early May – is a positive sign that good reasoning will win over tired ideas. It is time for the state legislature to recognize the importance of the UC’s non-Californian community and not pass a proposition that would only hinder itself and the state – not to mention, make out-of-staters feel unwelcome on UC campuses.

The student body, both Californian and non-Californian, represents the potential future of this state. For that reason, an accessible public higher education without select treatment based on your place of residency is critical.

Our campus is international, and must remain that way. After all, our differences and various backgrounds are our strength.