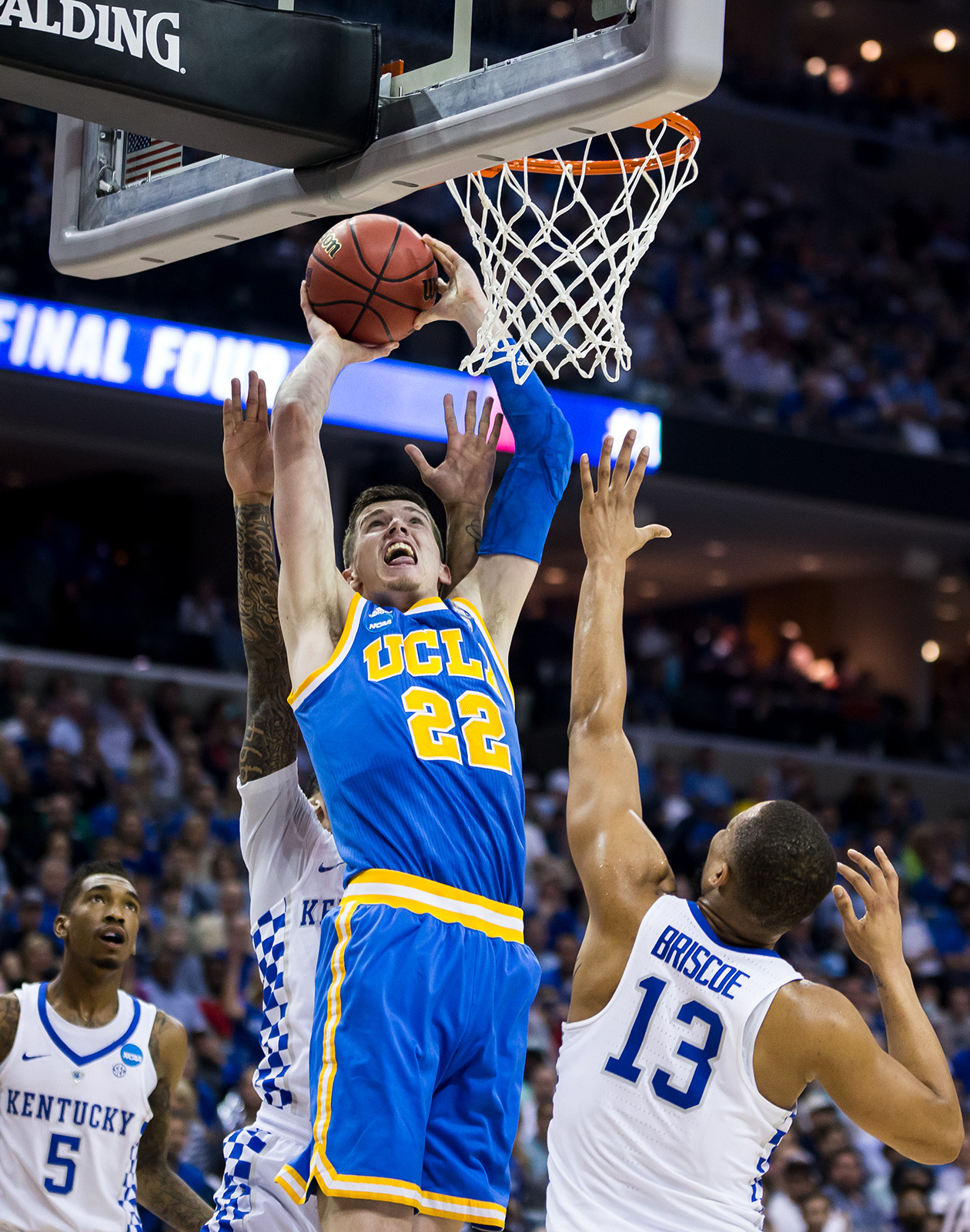 MEMPHIS, Tenn. – The first half of Friday’s Sweet 16 matchup between UCLA and Kentucky was as good as advertised.

With a heavily pro-Wildcat crowd on hand at FedExForum, No. 3 seed UCLA found itself down 36-33 to No. 2 seed Kentucky after an opening period that included 13 lead changes.

UCLA, which shot 42.9 percent from the field, was led by freshman forward T.J. Leaf, who scored 13 points on 5-for-8 shooting. After drilling a 3-pointer early on, Leaf was aggressive going to the basket, scoring on two layups and two dunks.

Kentucky point guard De’Aaron Fox was aggressive in the opening half, notching a game-leading 15 points on 5-for-8 shooting, working in the pick-and-roll to get off a variety of floaters and mid-range jumpers.

Malik Monk, the Wildcats’ guard and Southeastern Conference Player of the Year, added seven points on 3-of-6 shooting, knocking down two mid-range jumpers off the dribble before drilling a deep 3-pointer.

UCLA’s freshman point guard Lonzo Ball was less impressive than Fox from a statistical standpoint but produced a couple of impressive passes, feeding Leaf for an alley-oop and finding junior center Thomas Welsh for a dunk after a shot fake from behind the 3-point line. Ball finished the half with six points, three assists and a pair of rebounds.

The Bruins – just as they did in the teams’ first meeting – won the rebounding battle in the first half, grabbing 17 boards to the Wildcats’ 14.

The winner of Friday’s game will advance to the Elite Eight to face No. 1 seed North Carolina on Sunday in the South Regional final.