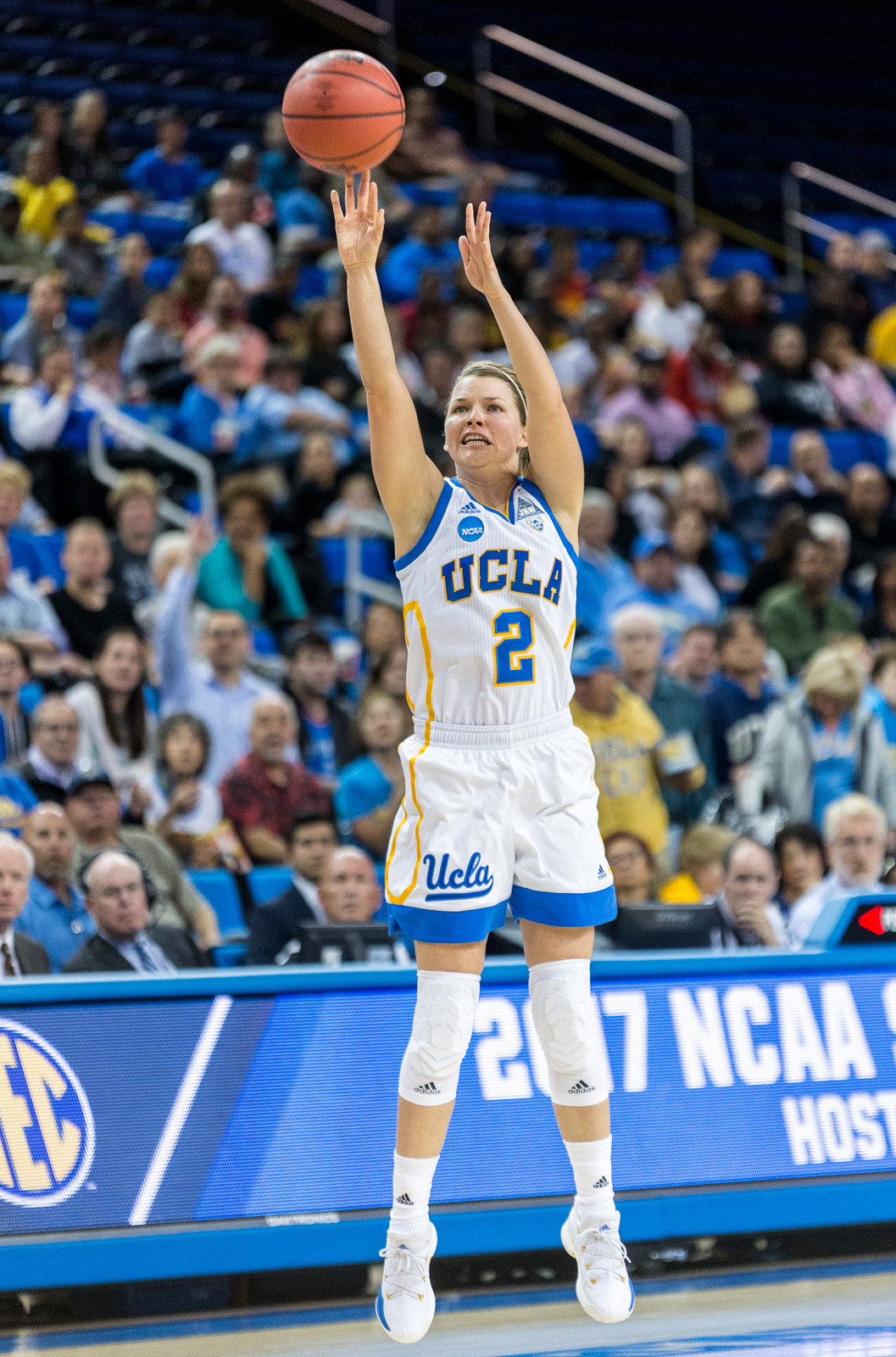 Kari Korver looked excited after hitting her second three of the game.

“I usually try not to showboat; I was just too excited,” Korver said. “It’s good to play in the Sweet 16. It’s my last game in Pauley.”

It was unclear what the Aggies discussed in that timeout during what would become a 75-43 Bruin victory. Maybe they thought Korver would cool down. She didn’t. Maybe they thought they could close out on her faster than they did earlier in the game. That didn’t happen either.

At halftime, the Aggies had 21 points and Korver had 18 of the Bruins’ 42 points.

Texas A&M was never able to get back into the game.

“I think Cleveland might have the wrong Korver, because that Korver is pretty damn good,” said Texas A&M coach Gary Blair, alluding to Korver’s cousin Kyle. “If I’m LeBron, I’m asking for that one, too.”

Korver, playing for the final time in Pauley Pavilion, described it as probably her hottest college game.

“In high school I had some games where I was hot, and I’ve had a few in college, but that was a lot of fun right there,” Korver said.

Junior guard Jordin Canada assisted on four of Korver’s 3-pointers in the first half and on her only 3-pointer of the third quarter.

Canada would finish with a statline of 12 points, 11 assists and five rebounds, while sitting the entire fourth quarter.

“My teammates were confident and they were knocking down shots,” Canada said. “You saw Kari was 7 for 10 … I thought we did an excellent job executing in the half-court sets. But we just wanted to share the ball.”

Korver sat next to her for almost that entire fourth quarter, coming back in largely to say goodbye to the crowd after five years with the team.

“I didn’t want to tell her this, but I was trying to get her one more 3,” said coach Cori Close. “It ended up working out because I wanted to get her … out one more time so (she) could be appreciated by the fans and also say thank you to them as well.”

Before the tournament Korver and Canada attended a press conference where they gave almost identical answers to every question.

Eventually they were asked if there was anything they didn’t agree on.

“Sometimes I don’t take shots and she gets mad at me,” Korver said on Friday.

After their performances tonight, that might not be a problem anymore.

The Bruins will play the University of Connecticut Huskies in the Sweet 16 on Saturday.