UCLA trails Cincinnati 33-30 at halftime of NCAA second round 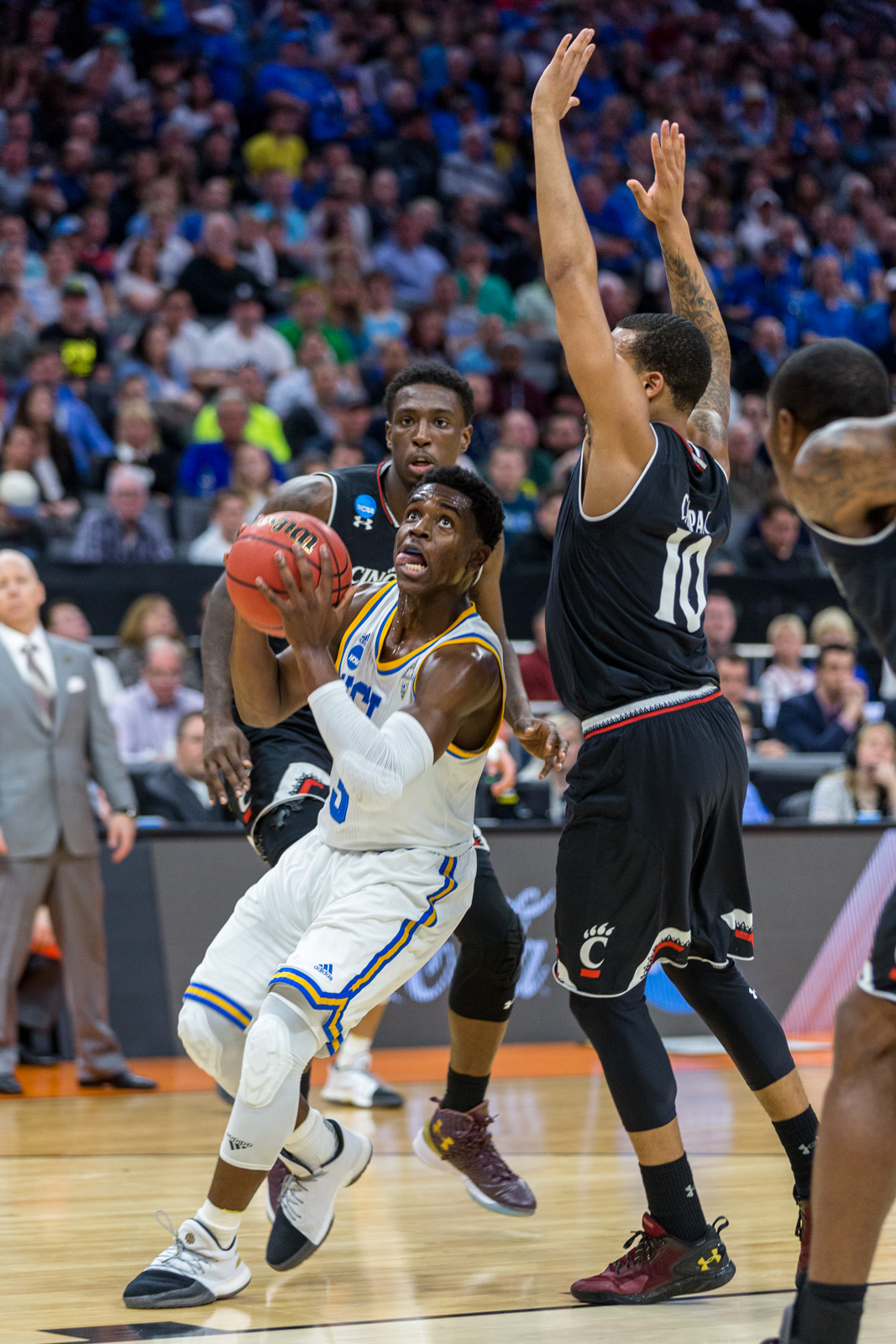 Guard Aaron Holiday came off the bench to provide UCLA with some offense. The sophomore notched five points and three assists in 13 minutes of play. (Jintak Han/Assistant Photo editor)

SACRAMENTO — UCLA put forth its lowest-scoring first half of the season Sunday, heading into halftime down 33-30 to Cincinnati in Sunday’s second-round NCAA Tournament matchup.

The Bruins, the third seed in the South region, struggled to find a rhythm against the sixth-seeded Bearcats’ physical defense, shooting just 37.5 percent from the field and making just four of 14 3-pointers.

After jumping out to an early 8-2 lead, the Bruins failed to score for more than five minutes, falling behind in the process as the Bearcats rained down three 3-pointers in that span.

The offense would continue to operate in spurts throughout the half. After a stepback 3-pointer from freshman point guard Lonzo Ball gave the Bruins a lead with just over three minutes, they went scoreless for the next two minutes as the Bearcats jumped back ahead.

Cincinnati controlled the rebounding battle, piling up 19 boards to UCLA’s 12 in the opening period.

Freshman forward T.J. Leaf struggled with the physicality of Cincinnati’s interior players. Fresh off a dominant 23-point performance Friday against Kent State, Leaf dealt with early foul trouble and missed all five of his shots in the first half.

The winner of Sunday’s game will move on to face No. 2 seed Kentucky in the Sweet 16 on Friday in Memphis, Tennessee.