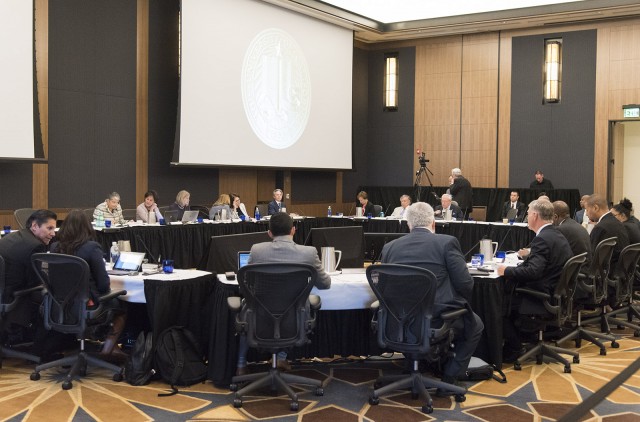 The University of California Board of Regents discussed a proposed policy for nonresident student enrollment on Thursday at UC San Francisco. (Mackenzie Possee/Assistant Photo editor)

The University of California Board of Regents discussed establishing a policy on nonresident enrollment, approved a new chancellor for UC Berkeley and approved items discussed in committee on the last day of its meeting at UC San Francisco.