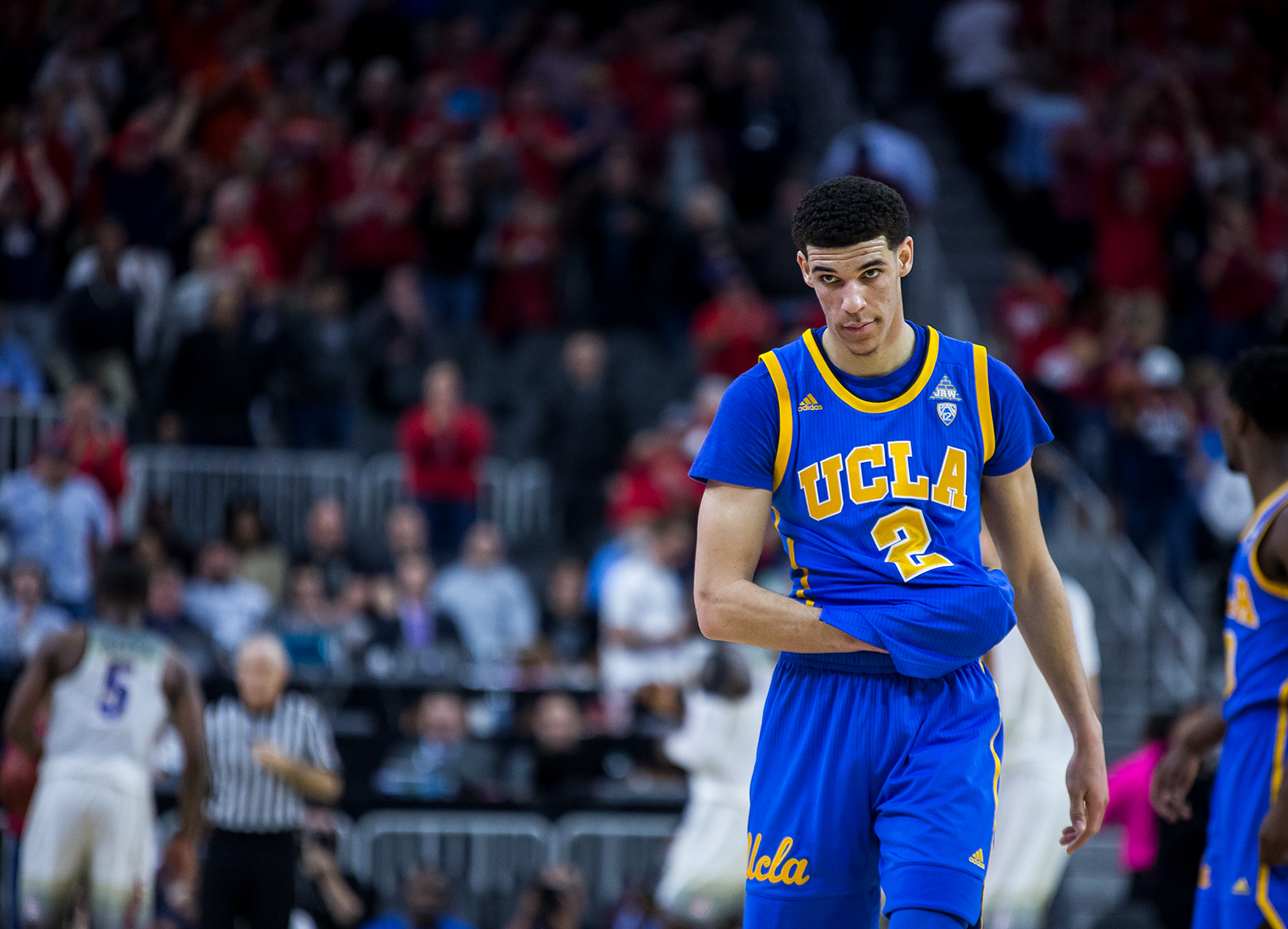 This was a team that entered the semifinals of the Pac-12 tournament fourth in the nation in 3-point shooting, hitting 41.3 percent of its 3s.

Suddenly, the Bruins couldn’t hit a shot from deep. UCLA couldn’t buy a bucket but just kept hoisting them up. Down double-digits for most of the second half, the Bruins desperately needed to rekindle the fire to stage a comeback.

But it never sparked.

“We’ve been making shots all year,” said freshman guard Lonzo Ball. “Today was just not one of our days.”

A 16 percent 3-point outing couldn’t cut it, not when the Bruins allowed the Wildcats to hit 50 percent of their 3s and 50 percent overall.

Senior guard Bryce Alford hoisted up 10 prayers from deep but only connected on one of them, and Ball hit just 1-of-6 of his 3-point attempts.

“I thought we got our shots tonight, to be honest,” Alford said. “I feel like we got a lot of the shots we normally get, and we just missed them. I don’t really have an answer of why we’re not shooting the basketball well in the last couple of games.”

Senior guard Isaac Hamilton led the Bruins with 20 points but still just hit 1-of-4 from deep. Sophomore guard Aaron Holiday couldn’t do any better, shooting just 1-of-5 from 3.

The defense that UCLA keeps claiming is improving was nowhere to be found. Wildcat forward Lauri Markkanen shredded the Bruin defense, scoring 29 points in front of an overwhelmingly pro-Arizona crowd.

“They made shots,” said coach Steve Alford. “They made 3s. They started early in the game and just continued to make 3s. So anytime a team can make shots, you get in a pretty good rhythm.”

The loss ends all hopes for UCLA to improve its seeding for the NCAA Tournament, which will be revealed Sunday.