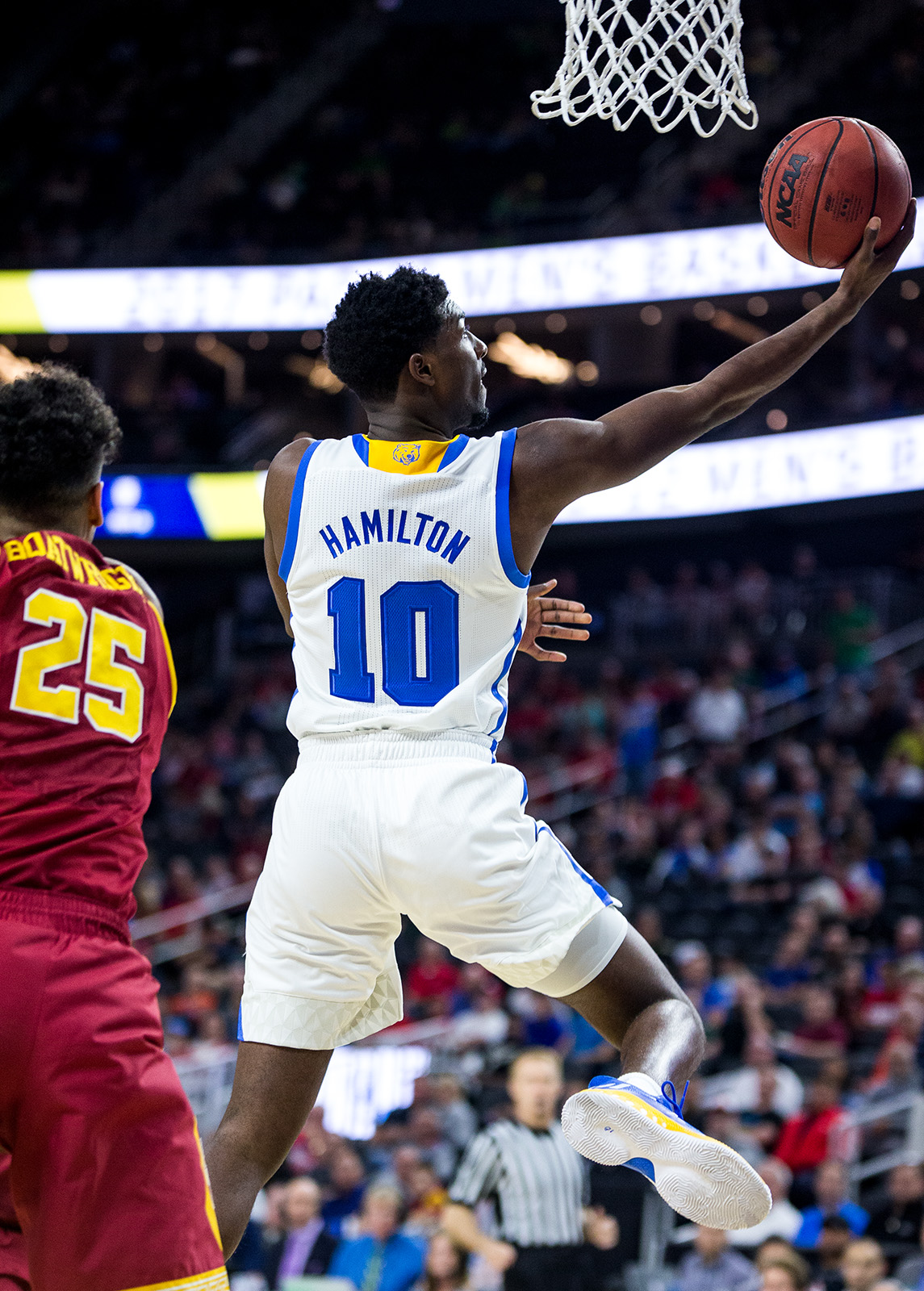 It went back and forth between the Bruins and the Trojans, but UCLA took the 76-74 win to advance in the Pac-12 tournament. Isaac Hamilton had a game-high 22 points and four 3s to help UCLA hold off USC.(Aubrey Yeo/Daily Bruin senior staff)

UCLA jumped out the gates quickly, stifled two USC comeback attempts and led the entire way in a 76-74 win in the quarterfinals of the Pac-12 tournament.

“The second half was a grind, neither team shot it that well, us in particular,” said coach Steve Alford. “But we need games like this for the national tournament. Knowing that we led most of the game and then be able to pull it out in the end, this will be something we look at next week.”

Well-rested after a first round bye, the No. 3 Bruins (29-3, 15-3 Pac-12) held the Trojans (24-9, 10-8) scoreless for nearly the first five minutes of the game. UCLA then coasted, flirting with a double-digit lead for most of the first half before USC made its first run.

The Trojans scored the last eight points of the half and hit the first shot of the second half to cut the deficit to just one. But that’s the closest they would get.

The Bruins rattled off a 12-0 run to regain control.

With its season potentially on the line, USC made one last push, cutting UCLA’s lead to just two with 4:13 to go. But once again, the Bruins managed to hold off their crosstown rivals.

Senior guard Bryce Alford stepped to the free throw line up three with 12 seconds left and calmly sank both to shut the door on the Trojans.

“This time of year, you need experience,” Alford said. “I think it’s really crucial. Especially in the NCAA Tournament, it’s win or go home. We’ve had a great year so far, so if I can just help these guys stay confident, we’ll be fine.”

While shooting just 41.2 percent from the field, UCLA dialed it up on the defensive end, holding USC to just 38.7 percent shooting.

“The defense has been picking up every game,” said freshman guard Lonzo Ball. “We had to rely on that since our shots weren’t falling, just staying focused and sticking to it.”

Ball scored 12 points and handed out seven assists while freshman forward T.J. Leaf put together a 14-point, six-rebound and five-assist outing in his first game back from his left ankle injury.

After turning the ball over 10 times in the first half, the Bruins cleaned it up in the second, only giving it away three more times.

Next, UCLA will take on No. 7 Arizona on Friday night in the semifinals of the Pac-12 tournament.