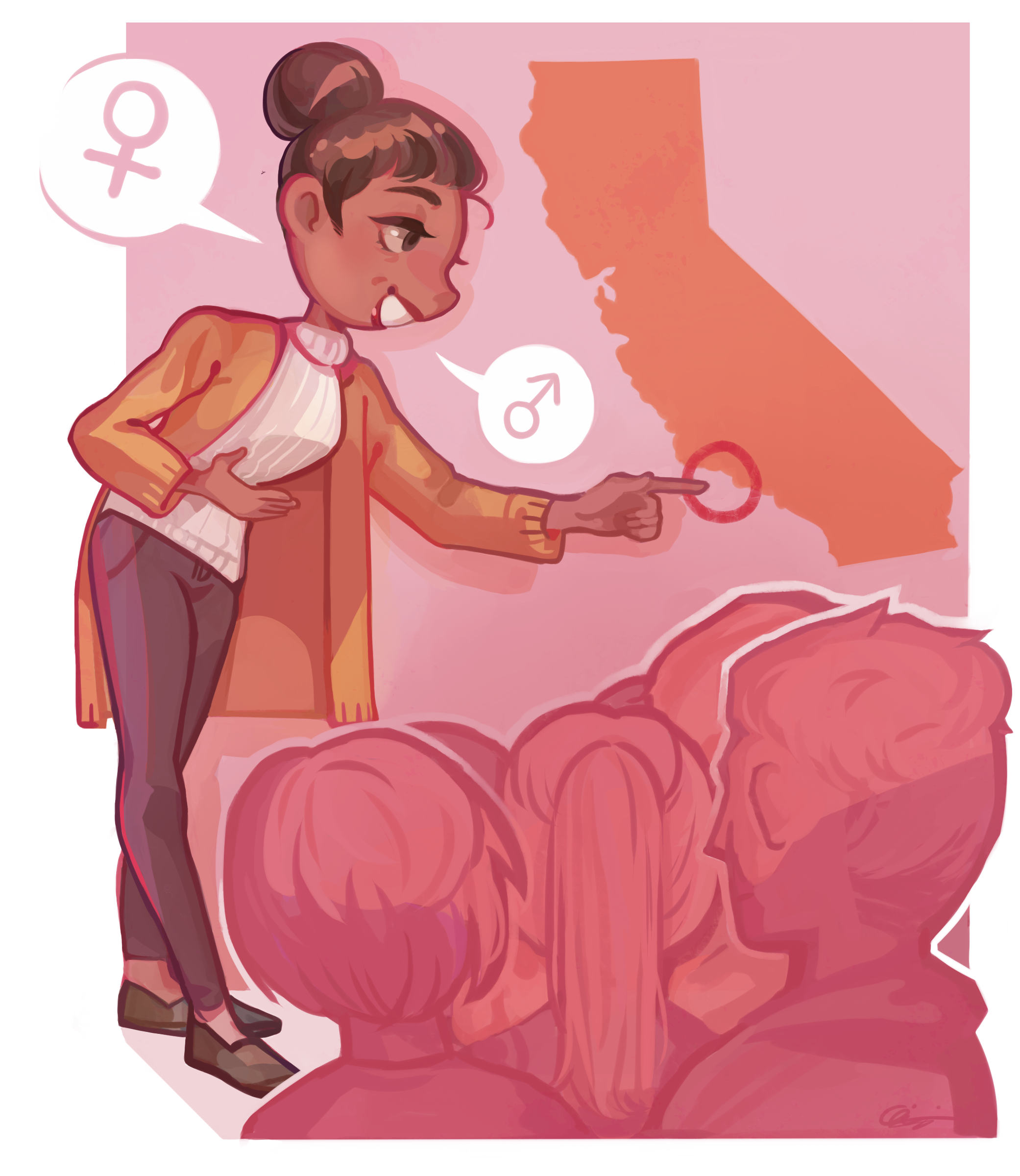 The “San Pornando Valley,” just 10 miles north of Hollywood glamour, offers a different kind of setting for actors to try their skills.

This is important – it shows that criminal and social systems are intertwined in a tangled mess that is hard to navigate. Discussions around the immorality of sex workers never leaves room to address the sale of sex in advertisements and movies.

As a cosmopolitan city in one of the nation’s most progressive states, Los Angeles must address this incertitude through sexual education reform. They need to spearhead a more inclusive and proactive approach to sexual education by incorporating real social experiences – whether or not they are legal.

Measure B’s requirements have already presented a shift in adult-film production: Film L.A. Inc., the nonprofit that processes visual production permits for Los Angeles County, saw a drop in permit requests from adult-film producers from an average of 500 per year to only 24 in 2013.

The real problem is that sex is a taboo topic.

We do not openly talk about sex, and more importantly, we don’t talk about safe sex. Yet we still see sex everywhere – in commercials and on billboards displaying strip club advertisements.

Thus, we have a murky understanding of sex to hand down to our younger generations. Teens and young adults are able to talk about sex, and they’re allowed to have it. But they are still told not to do it outside of the social or moral standards behind both measures that aim at keeping people “pure.”

Michael Weinstein, president of AIDS Healthcare Foundation and supporter of both measures, perpetuated this negative perspective when he told NPR that young people were learning “the only kind of sex that’s hot is unsafe sex.” Young people may be learning this, but punishing LA’s adult-film industry for the lack a well-rounded sexual education system in California is the wrong answer.

Sex workers are not the enemy of sexual education. In fact, the Adult Performer Advocacy Committee published a Model Bill of Rights and PornHub.com even recently launched a sexual wellness portal for its viewers at the bottom of its front page that includes information beyond protections, including consent and LGBTQ resources.

But the San Pornando Valley has seen more than just one kind of sex work – strip clubs adorn many neighborhoods, and several streets are known areas for street walkers. Sex is everywhere, not just in adult films.

There is an urgent need for substantial and long-term educational work that would illuminate a reconstruction of our social workings on sexuality, gender relations and sex work.

And LA is home to both a big sex industry and influential film producers; it would make sense to collaboratively work towards using the faces and modes of entertainment to support this cause.

In fact, some people are already doing so: Laci Green, a feminist and social activist, creates and curates videos for both her YouTube channel and with MTV’s “Braless” about gender stereotypes, feminism and even sex work. She recently moved to LA to foster her work with the unique resources the entertainment capital is able to provide.

LA’s leaders can utilize these resources to foster a community that understands the workings of sex, gender relations and societal interactions within our community. Doing so can proactively prevent sexual assault, unplanned pregnancies and sexually transmitted infections.

It will start with education reform. The state legislature passed the FAIR Education Act in 2010, which requires the inclusion of LGBTQ history into California’s sex education curriculum. However, it does not help a young LGBTQ person navigate media representations of sex and sexuality, and it does even less to prepare them for the consequences of sexting gone wrong. Sexual education needs to include real-time, real-life topics that will help students guide their world.

Furthermore, Gov. Jerry Brown signed a bill in 2015 requiring health courses to provide lessons promoting affirmative consent in order to address concerns about sexual assaults on college campuses. But that same academic school year, similar efforts at the University of Southern California failed shortly, offending its students with invasive questions about the frequency of their sexual activities in a mandatory online sexual assault training course, according to the Daily Trojan.

And while sexual education was not a topic of discussion during this year’s Los Angeles Unified School District Board of Education elections, future candidates can take a more proactive and progressive approach to teaching California’s youth about sex, their bodies and their interaction with society. In doing so, LA can finally address the gaps in abstinence-only education and combat the invisibility of LGBTQ youth.

Sex is so omnipresent that not talking about it is a threat to public health, and as LA forges a progressive path forward over the coming years, it needs to have the sex talk.