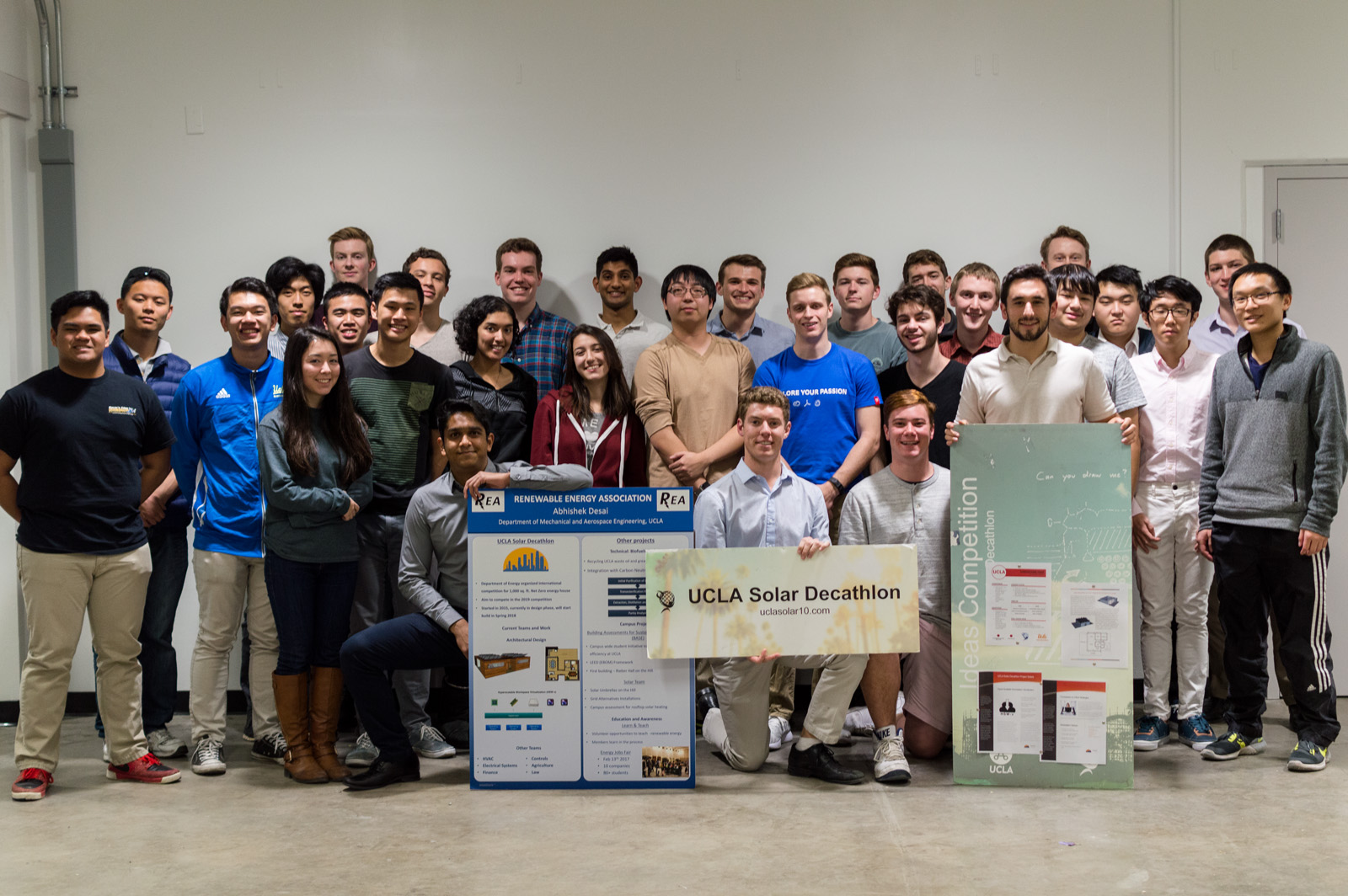 The UCLA Solar Decathlon team began in 2015 with the goal of building a sustainable home for the 2019 Solar Decathlon, an international competition hosted by the U.S. Department of Energy. (Katherine Zhuo/Daily Bruin)

A UCLA club is working to build a 975-square-foot home that will supply its own food, water and energy.

The UCLA Solar Decathlon team is building the home for the 2019 Solar Decathlon competition, which is hosted every two years by the U.S. Department of Energy. This is UCLA’s first time competing among 19 other college teams to design and build a solar-powered house with a focus on sustainability.

The team’s home design features a bedroom, bathroom, study, living room, dining area, garage and patio. The house’s energy source will be solar panels provided by Rayton Solar, and the panels will be cheaper and more efficient than any other panels on the market, said Riley Kuffner, president of the UCLA Solar Decathlon team and a second-year chemistry and material science student.

“We’re working to design a home that will provide people with absolute resource security – energy, food, water and net-zero carbon emissions,” said Vittorio Migliuolo, the team’s director of development and a second-year political science student. “By achieving this and … by winning the 2019 Solar Decathlon, we will show that global resource security is possible.”

The house’s water will be supplied by the water company SkyH2O. The company will help the club build an atmospheric water generator system that can suck moisture out of the air to produce clean drinking water, Kuffner said.

The house’s food will come from an automated, closed system of hydroponics and aquaponics, where runoff from growing vegetables will be filtered to raise and feed fish. The fish waste will then be converted to fertilizer to grow the vegetables, Kuffner said.

He added the team is currently building test hydroponics units at Sunset Canyon Recreation Center in collaboration with DigUCLA, an experimental garden coalition.

The team is also working on Project Solaris, a supercomputer that will be located in their new lab in the engineering building and be used to design the home, said Felix Jen, the team’s director of engineering and a second-year business economics student.

The supercomputer will be powerful enough for four engineers to work simultaneously on different aspects of the home. The students will use the computer to design the home so it can be disassembled and shipped to the competition location in 2019, Jen said.

Kuffner began the Solar Decathlon team at UCLA when he was a first-year student in fall 2015, and this January, Chancellor Gene Block wrote and signed a letter in support of the Solar Decathlon team. Block’s letter stated the team’s efforts will support the Carbon Neutrality Initiative, which commits UC to emitting zero-net greenhouse gases from its buildings and vehicles by 2025.

“There was overwhelming support (from the administration), because UCLA wants to step up as a leader for sustainability on a global scale,” Kuffner said.

Block said in his letter that he thinks the Solar Decathlon team is providing important value to UCLA by educating the community about sustainable building practices.

So far this year, the team has recruited about 40 new members and secured a 1500-square-foot lab space in the engineering building, said Aaron Feigelman, the team’s external vice president and a second-year mechanical engineering student.

The team is still searching for a location to build the house, and is considering the hill as an option, Feigelman said.

In November the team received a $20,000 grant from the Green Initiative Fund, which provides grants for sustainability projects on UCLA’s campus, Jen said.

All teams selected to compete in the Decathlon received a grant of $100,000. The winning team will receive an additional $100,000 award, Migliuol said.

Migliuolo added he thinks the networking and other opportunities the team will gain in the field of renewable energy after the competition is just as important as the money.

Migliuolo said he thinks that because the team has been preparing since fall 2015, they will have an advantage in the competition.

“We’re going to win (the decathlon) by developing the world’s first 100 percent sustainable home that is net zero in carbon emissions,” Kuffner said. “That’s never been done before, and I think that’s going to give us a fantastic edge.”