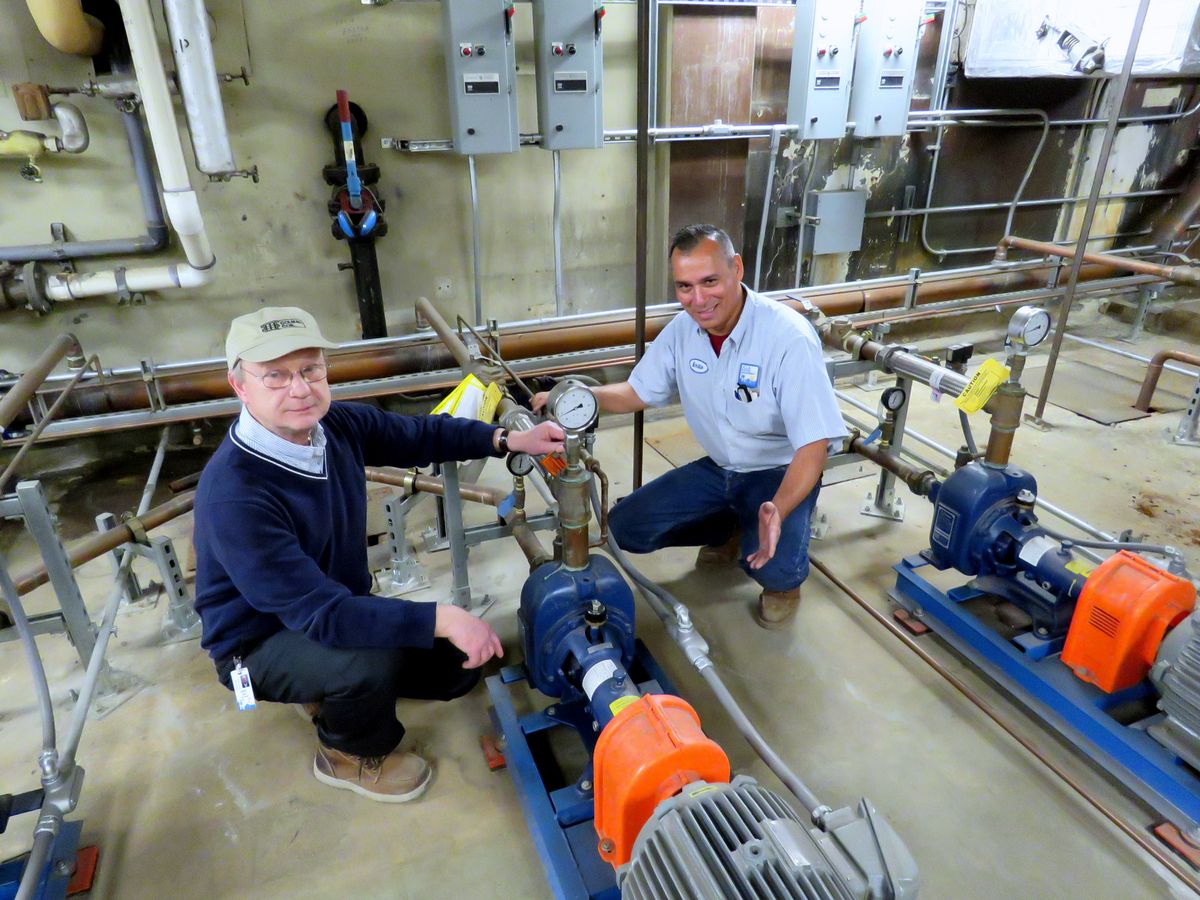 UCLA has connected 22 buildings to a system that collects water from runoff, laboratories and air conditioners for use in a central cooling facility. The system is part of the school’s efforts to save more than 28 million gallons of water annually. (Courtesy of Nurit Katz)

UCLA won an award Tuesday for its achievements in reducing drinking water consumption.

The award, presented at the third annual Innovation Awards from the Los Angeles Better Buildings Challenge, recognized UCLA for conserving more than 28 million gallons of water last year, according to a press release.

UCLA collected storm water runoff, condensation from air-conditioning units and water from laboratories. They used the water to cool the campus cogeneration plant that generates power for the university, according to the release. The collected water offsets potable water usage at the facility.

The campus currently has 22 buildings connected to a network that collects clean water, with more building connections underway, according to the LABBC website. The LABBC is sponsored by the Department of Energy and aims to help property owners and managers reduce energy and water consumption 20 percent by 2020.

UCLA Facilities Management hopes to expand the infrastructure for water collection on campus to save more than 48 million gallons of water annually, the release said.