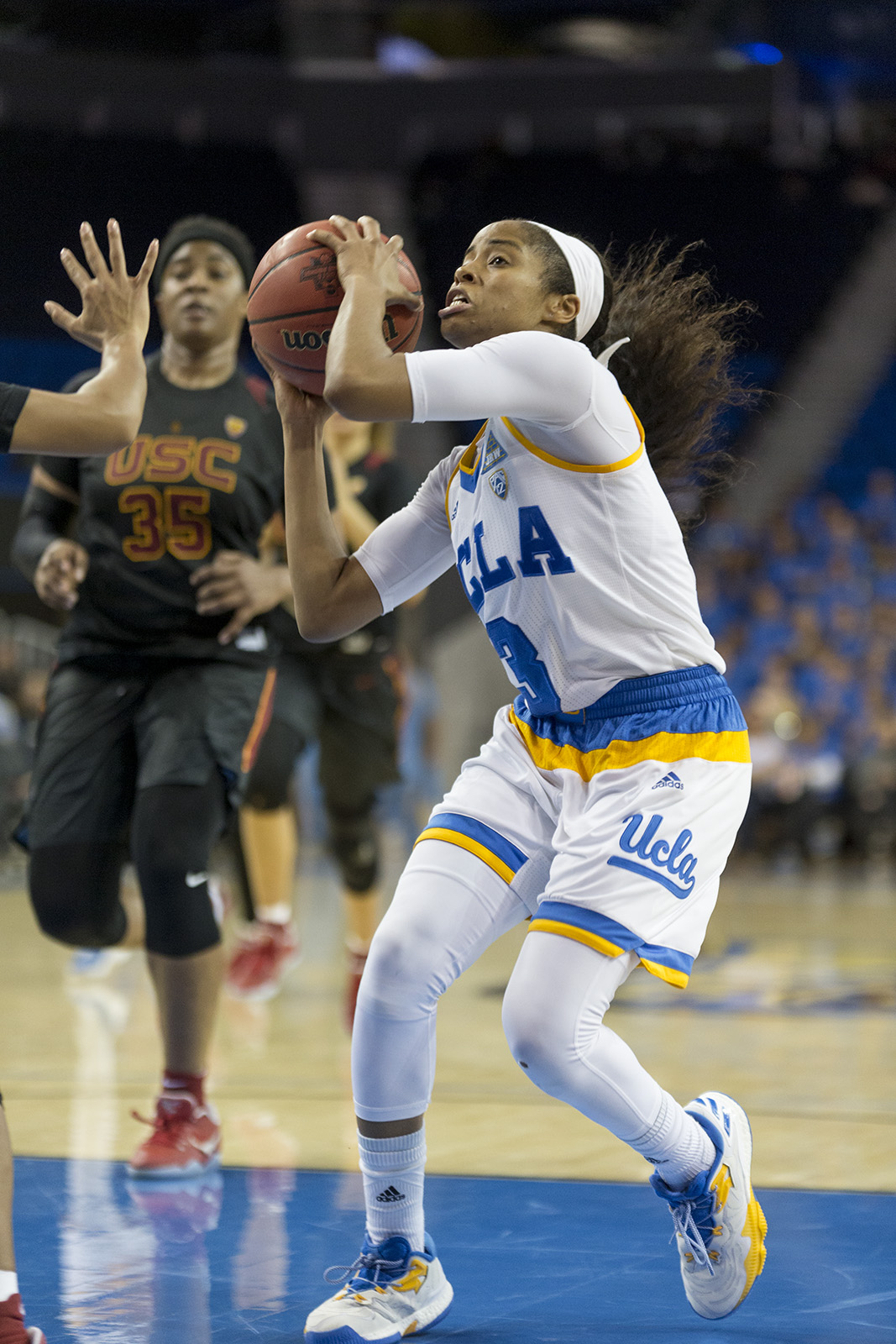 UCLA women’s basketball was eliminated from the Pac-12 tournament Saturday night following an underwhelming performance on the offensive end, finishing just 4-of-23 from beyond the arc, and 31 percent from the field overall.

Entering the second quarter down five, the Bruins stole the momentum behind junior guard Jordin Canada. Canada scored 17 points on 8-of-12 shooting, and helped UCLA jump out to a three-point lead going into halftime.

In the second half, the Bruins’ offense unraveled, scoring just 23 points on 9-of-39 shooting as a team.

“I just think in the second half they came out and they executed their sets really well,” Canada said. “We got way more shots than they did, so it wasn’t that we weren’t being aggressive. I thought we maintained our aggressiveness throughout the game, but when it came down to the 3-point arc, shots weren’t going down.”

Oregon State’s senior guard Gabriella Hanson, who was forced to sit in the first half due to foul trouble, gave Canada issues all second half, holding her to just 10 points on 4-of-15 shooting.

Coach Cori Close also emphasized the fact that Oregon State dares its opponents to make shots from the outside, something her squad was not able to do Saturday.

“Whenever you don’t make shots, especially if you’ve done your homework on Oregon State, they just pack it in the paint,” Close said.

Because Oregon State closed off the paint, junior forward Monique Billings was virtually invisible, finishing with just 6 points on 3-of-14 shooting to go along with eight rebounds.

However, Close remains confident that the Bruins will figure it out on the offensive end.

“What I love about our team is that our team plays with incredible heart and we’re very invested – and we represent the university very well and the thing I know about my team is that they’ll learn from this,” Close said. “We’ve got to be able to execute and get high percentage shots, especially later in the shot clock.”

Canada also saw positives in her team’s effort on the other end of the ball, noting they would need more of the same aggression in order to have success in the NCAA Tournament.

“As a team, we play aggressive,” Canada said. “They had 22 turnovers and 11 assists so that’s a testament to our defense. I think if we play like that we should have a good run in the (NCAA) Tournament.”

For Oregon State, Wooden Award finalist and senior guard Sydney Wiese took over down the stretch, knocking down a pair of threes to put the game out of reach.

Wiese led the Beavers in scoring with 19 points on 7-of-13 shooting, despite a 3-of-8 night from beyond the circle.

The NCAA Tournament begins March 17 and UCLA is expected to be one of the top 16 seeds, meaning the first two rounds of the tournament will be played at Pauley Pavilion should the Bruins advance that far.