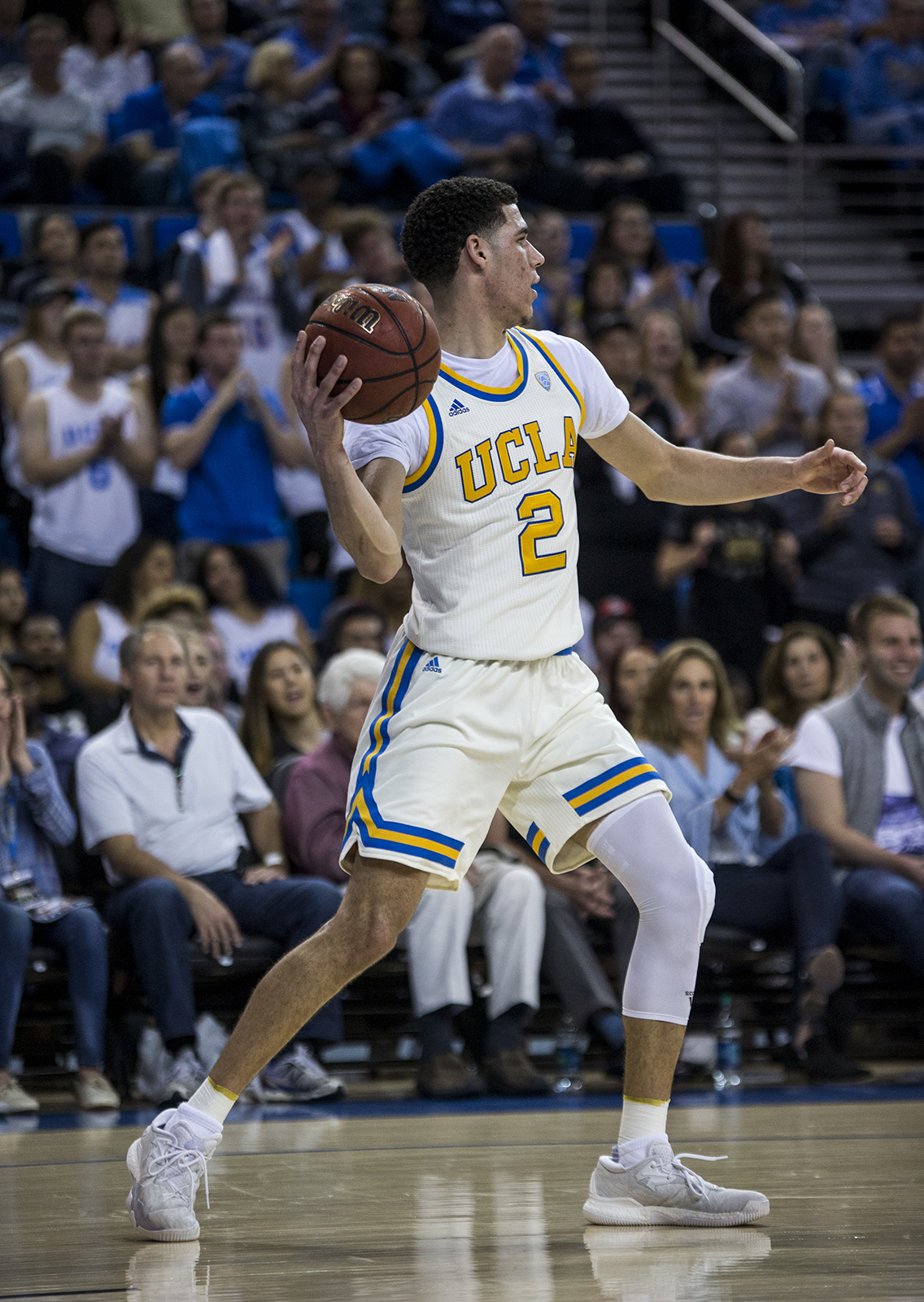 Lonzo Ball led the way for the Bruins in their regular season finale, dishing seven assists on the team’s first nine field goals. The freshman guard also broke the record for most assists set by a freshman in a single season. (Keila Mayberry/Daily Bruin staff)

The celebration started before the game.

Senior guards Jerrold Smith, Isaac Hamilton and Bryce Alford were recognized on senior night for the last home game they will play at Pauley Pavilion.

It continued through the first 10 minutes of the first half as UCLA ran out to a eight-point lead. Freshman guard Lonzo Ball dished out seven assists on the Bruins’ first nine field goals.

However, the Washington State Cougars made sure the Bruins won’t be celebrating in the locker room at the half, ending the first half on a 8-0 run to close it to a 35-34 deficit.

Alford – who entered the game two 3s away from tying the UCLA all-time record for 3s made – couldn’t find his stroke. He shot just 1-for-5 from behind the arc. As a team, the Bruins shot just 42.4 percent from the field despite Ball handing out nine assists and chipping in five points.