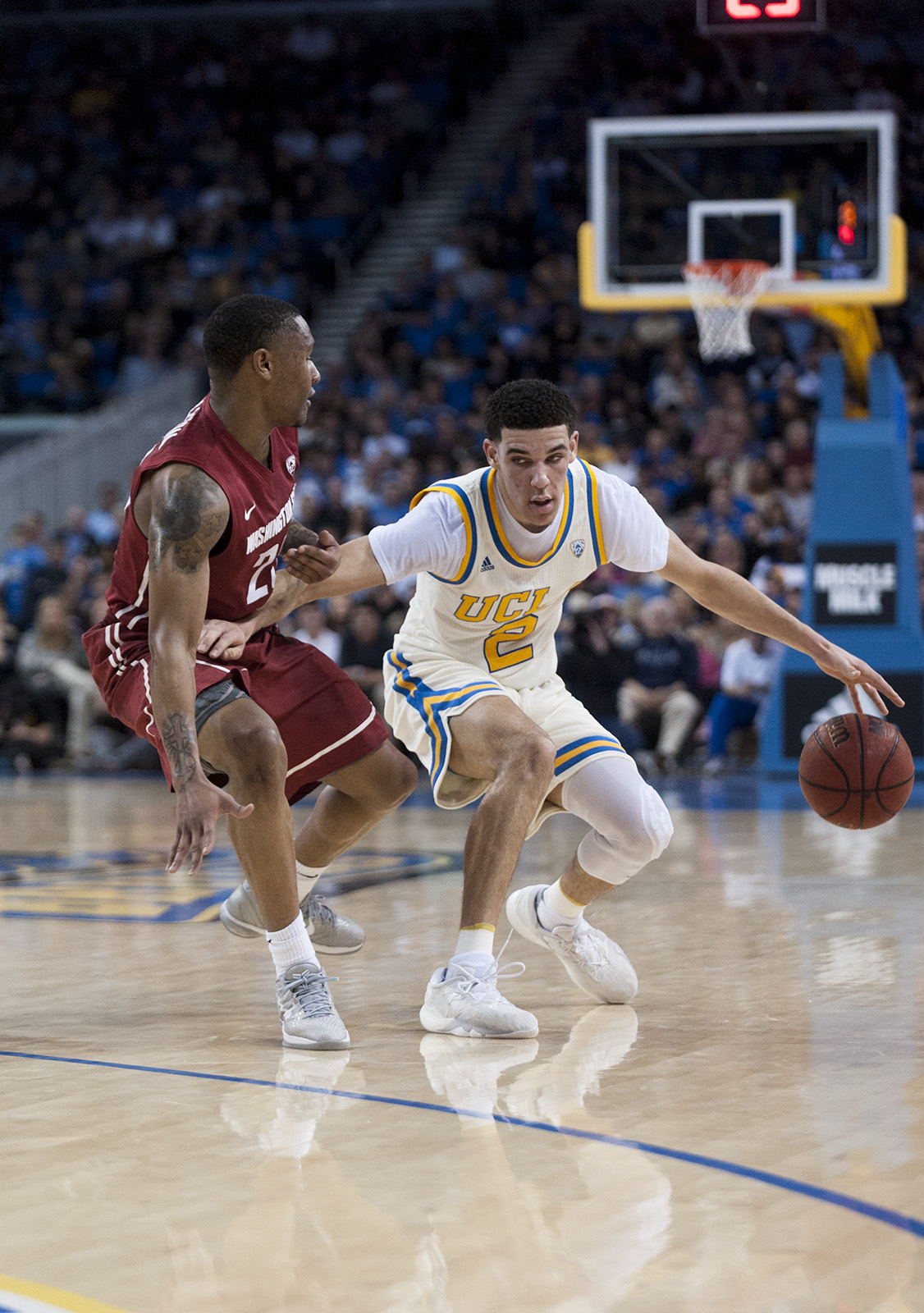 Freshman guard Lonzo Ball capped off what is likely his last game at Pauley Pavilion with 14 points and 12 assists. The Bruins will head into the Pac-12 tournament with a 28-3 regular-season record. (Stella Huang/Daily Bruin)

“No one really warned me it was going to be like that,” said senior guard Bryce Alford. “I was not ready for that at all, kind of got me out of rhythm a little bit. The amount of emotion kind of drains you.”

It was supposed to be a night of record-breaking celebration for the No. 3 team in the country, not a grind-it-out game against a team in the bottom third of the conference.

But UCLA suddenly woke up, held Washington State scoreless for almost five minutes and took over the game with a 14-0 run to turn a one-point deficit into a 13-point lead before cruising to a 77-68 win to end the regular season.

There were supposed to be two records set Saturday night.

One did happen. With his third assist of the game, freshman guard Lonzo Ball took over the Pac-12 freshmen assist record from Oregon State’s Gary Payton. Ball finished with 14 assists and 12 points.

“Credit to my teammates,” Ball said. “Can’t get assists without them.”

The other record was Alford trying to set the all-time UCLA record for career 3-pointers. He shot just 2-for-8 from deep and ended up tied with Jason Kapono with 317 made 3s.

However, Alford’s second 3 of the night did set off the deciding 14-0 run.

“We obviously want to win for the seniors,” Holiday said. “So that’s what we were focused on and we got it together in the end.”

Junior center Thomas Welsh – who took and hit his first career 3-pointer in the first half – added 13 points and grabbed 11 rebounds, making up for the missing inside presence of freshman forward T.J. Leaf.

The Bruins finished the season with a 16-1 home record at Pauley Pavilion.