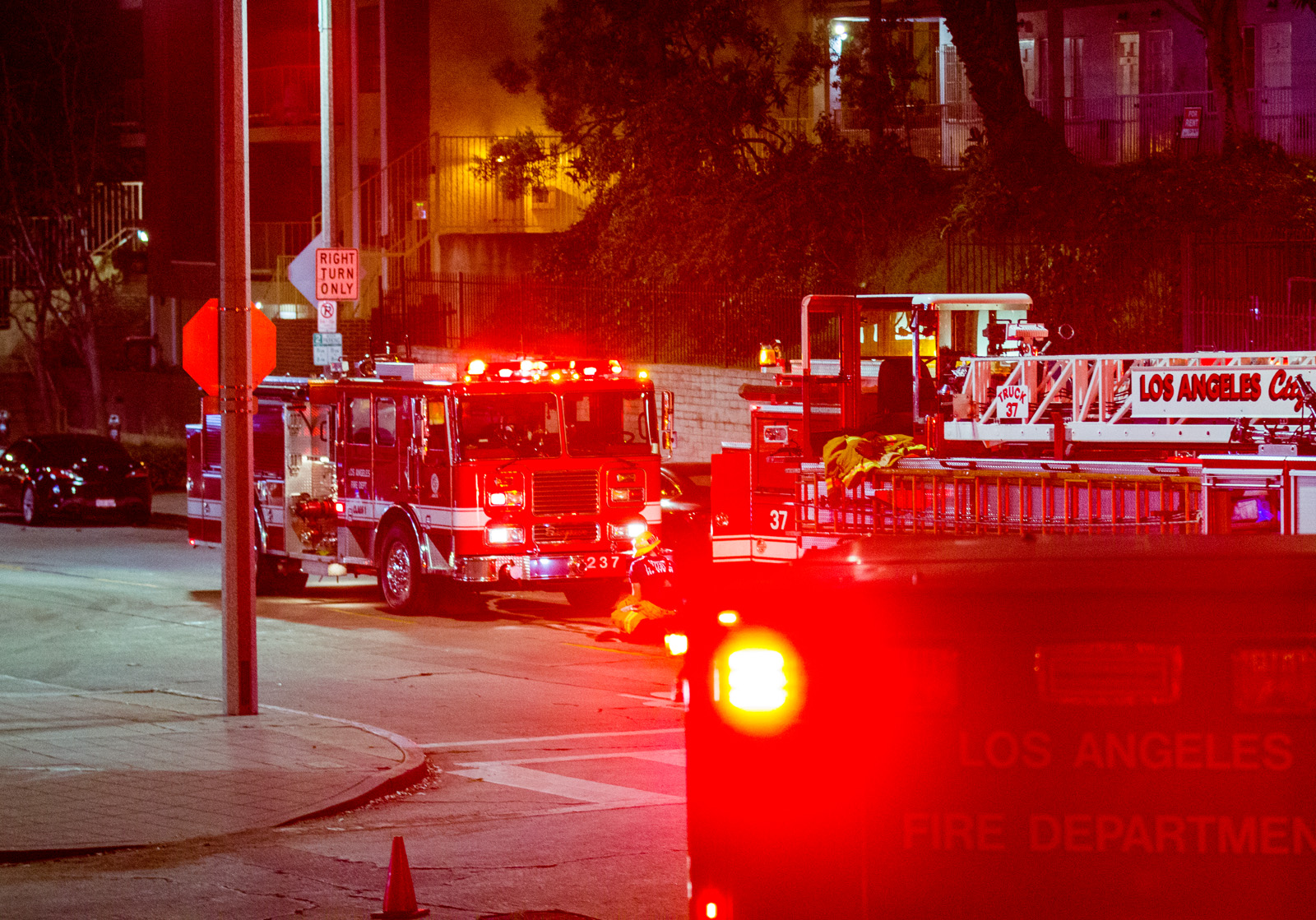 Firefighters put out a small fire in a North Village apartment Saturday night.

The Los Angeles Fire Department arrived at the apartment complex at 901 Levering Ave. about 9:30 p.m. Captain Jim Holland, who was on scene, said a towel was left on a radiator and caught fire. He added no one was in the apartment nor was anyone injured.

Chevron, which is located in front of the apartment complex, was closed until firefighters attended to the fire.