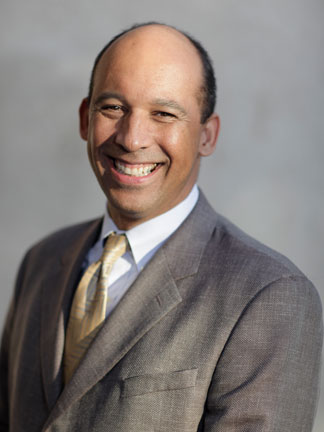 By Alejandra Reyes-Velarde and Sharon Zhen

A University of California, Irvine, professor and former dean who sexually harassed employees continued earning more than $200,000 a year after Title IX investigations found him responsible in 2014.

Joseph Lewis, an arts professor and former dean of the Claire Trevor School of the Arts had 26 allegations of sexual harassment made against him, according to documents released by UC Irvine on Tuesday.

Lewis repeatedly made sexual comments to women and touched them inappropriately between 2013 and May 2014, three months before he resigned from his position as dean.

Between 2014 and 2015, Lewis took a paid sabbatical before returning as a professor, according to his career history page.

Witnesses said they saw or personally experienced Lewis looking women up and down, bullying people, making sexual innuendos, making sexual comments about donors or using vulgar language that is demeaning to women. He denied many of the allegations against him.

One witness said that during an event, Lewis grabbed a female student by the arm and “pulled (her) to him in an embrace.” The witness said the student looked uncomfortable, and Lewis let her go after a few moments.

A complainant also said Lewis rubbed the satin cover of a book “in a circular motion with his fingers,” and said “I need to rub it, get it nice and (wet),” and then rubbed his fingertips together.

Lewis denied he made these comments and gestures.

On another occasion, a complainant said Lewis showed her an allergy test, which included photos of his naked back and buttocks on a doctor’s table.

Lewis denied showing pictures of his naked back and buttocks, but said he did show the the complainant a picture of his allergy test.

Lewis also drew his initials on a woman’s back with his finger, according to the report. When she asked what he was doing, Lewis said, “Branding you.”

In a letter dated Oct. 2, 2014, UCI Associate Chancellor Michael Arias said it was mutually decided Lewis would no longer serve as dean for the school of the arts.

“In each of the cases, we took steps to stop what was going on,” Vasich said. “All violations were met with appropriate actions.”

Vasich also confirmed Lewis took a paid sabbatical between 2014 and 2015. He said the university pays for sabbaticals for professors to work on projects in their academic interests outside the university.