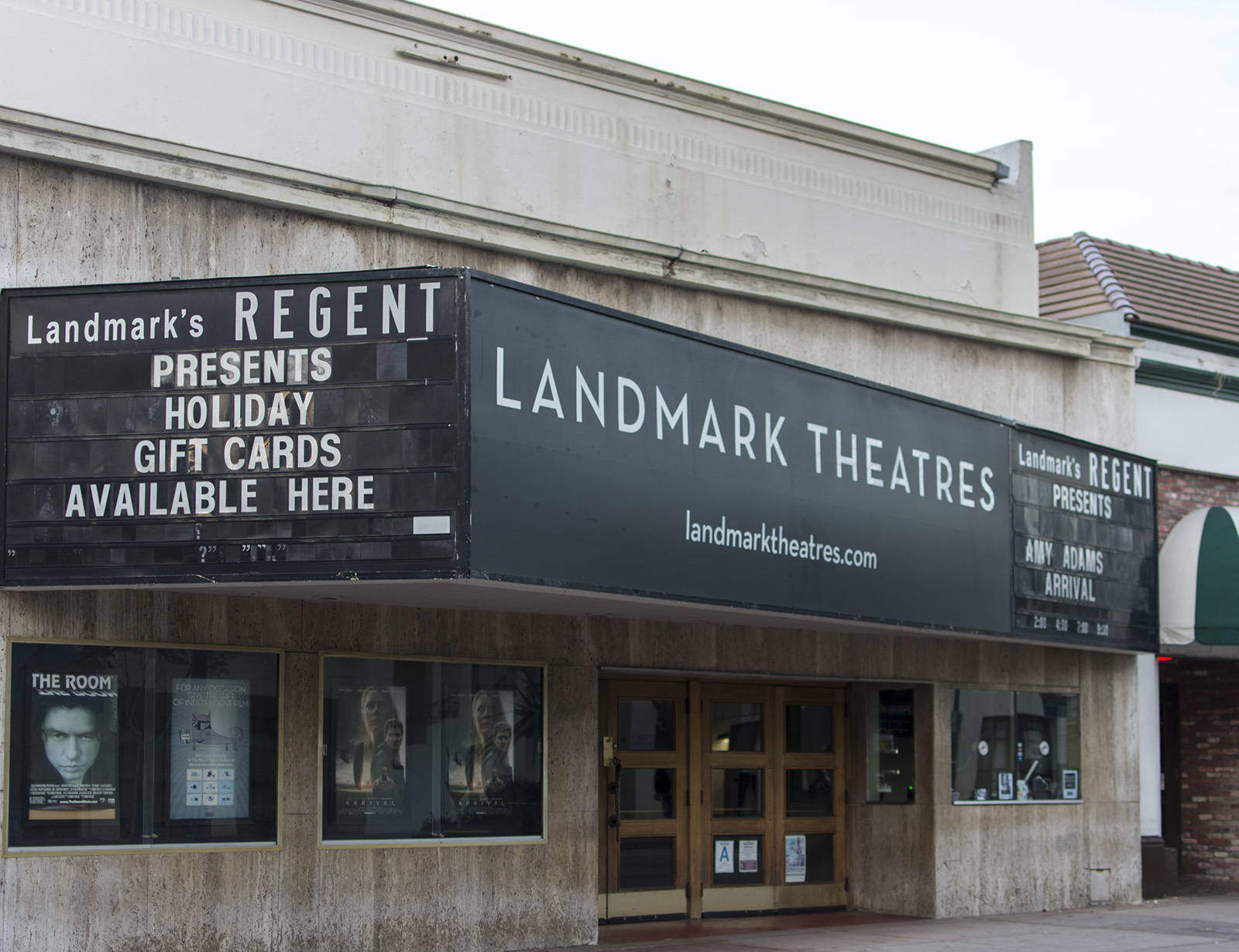 The Landmark Regent Theatre will soon close, to be replaced by two restaurants. (Hannah Burnett/Daily Bruin)

An historic 50 year-old single screen theater in Westwood will soon be restored to its original facade and replaced by two restaurants.

The Landmark Regent Theater is a single-screen theater that has shown mainly independent and foreign films since 2002. The building’s owners will need to flatten out the stage floor and divide the building in half to convert the theater building to two sit-down restaurants, said Steve Sann, chair of the Westwood Community Council.

Nadel Architects will present its designs to the Westwood Village Design Review Board on March 15.

The theater building was built in the late 1940s and originally housed the first Oakley’s, a barber shop, and Reñe Sports, a retail sporting good store, Sann said.