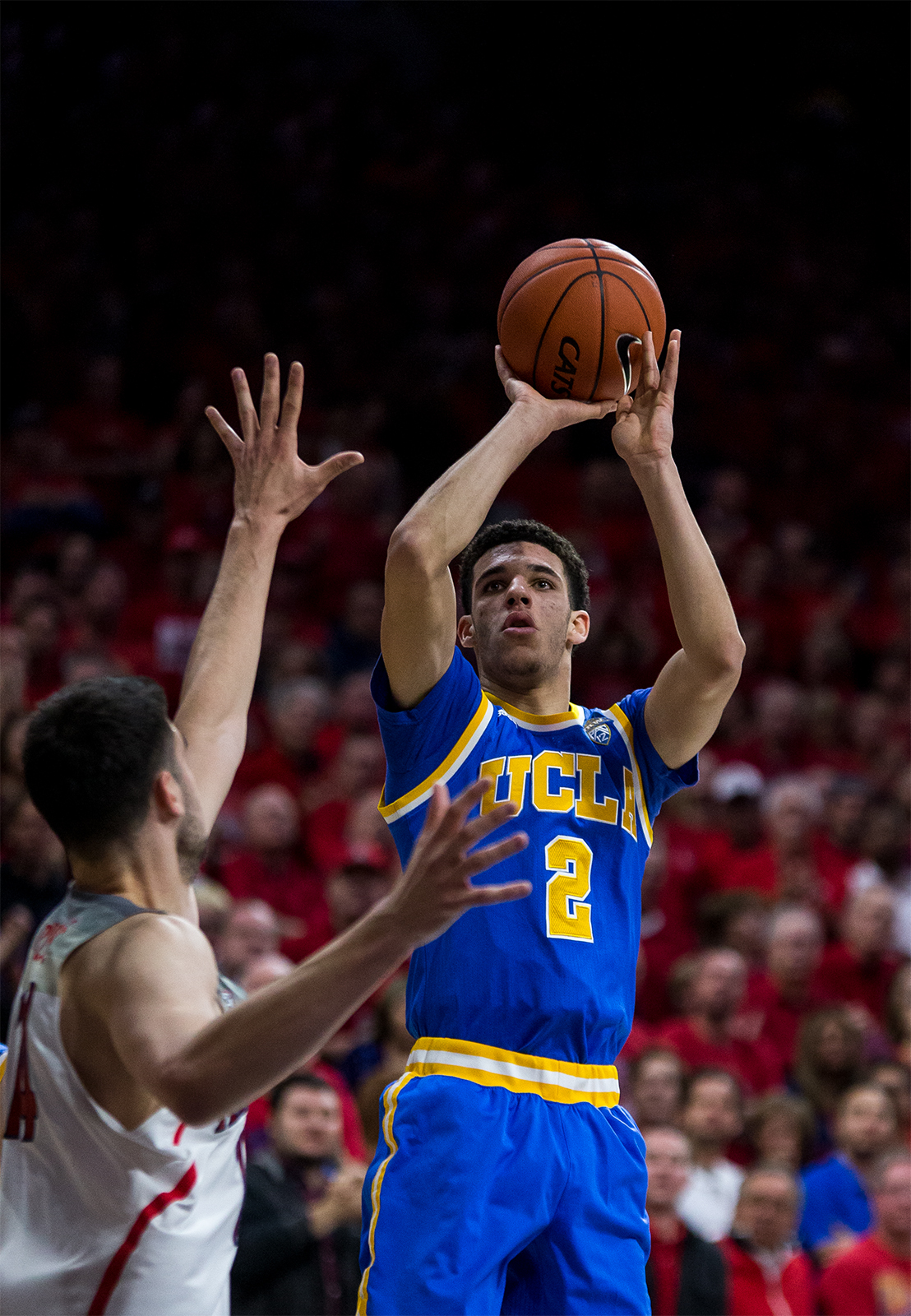 TUCSON, Ariz. — Arizona fans at the McKale Center started dancing and rocking before the top-five matchup even started.

However, in a game of runs, the Wildcats outscored the Bruins 7-0 in the last 1:35 of the half to take a 43-39 lead going into halftime. Arizona’s didn’t take the lead until there were just 48 seconds left, its first lead since five minutes into the game.

Sophomore guard Allonzo Trier scored a game-high 16 points on 6-of-7 shooting to lead the Wildcats, while freshman guard Lonzo Ball put up nine points, four assists and three rebounds in the first half.