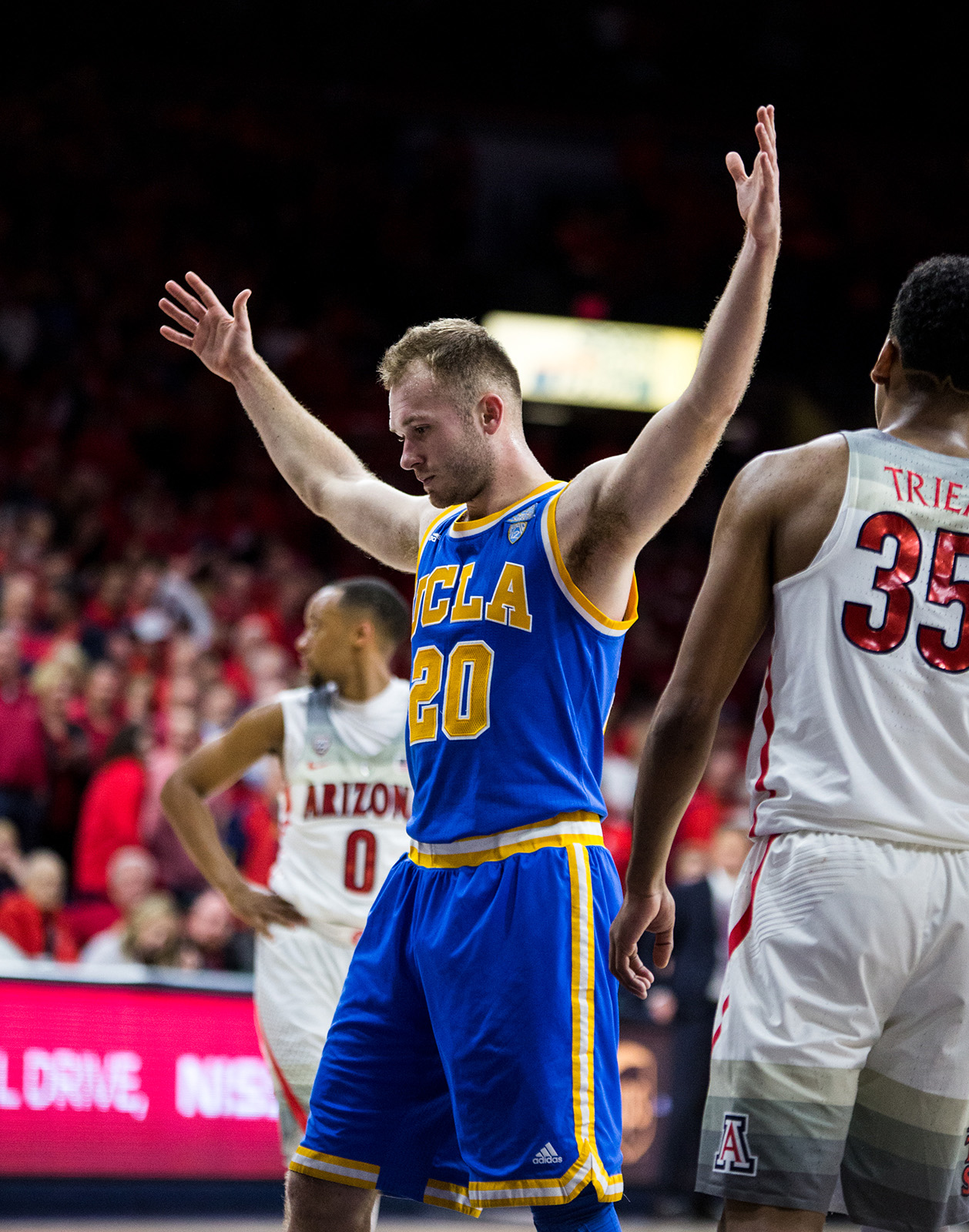 TUCSON, Ariz. — Back and forth, one run after another.

In front of a sea of red that leapt up in a flurry each time the home team scored, No. 4 UCLA and No. 5 Arizona put on a show fitting for the hype surrounding the marquee top-five matchup.

The Wildcats took the early 11-6 lead before the Bruins ran out to an 11-0 run to silence the crowd. Just as it looked like UCLA was going to head into halftime with the lead, Arizona put together a quick 7-0 spurt to take it 43-39.

“To have a seven-point lead in the first half and feel like we’re playing well, and they come back to get a lead by halftime, a lot of teams in this building would really turn the other way and get blown out,” said senior guard Bryce Alford. “I think it shows a lot about how smart we are and how tough we are.”

The Wildcats led for more than 11 minutes in the second half before freshman guard Lonzo Ball left his mark in Tucson, orchestrating an offense featuring long 3s and crafty pick-and-pop situations. The Bruins extended the lead to 10 off a long 3 from sophomore guard Aaron Holiday – with the assist from Ball – that silenced the stunned McKale Center crowd.

The Bruins grabbed nine huge offensive rebounds in the second half, each one a haymaker to the Wildcats comeback attempt.

“If there was an adjustment at halftime, it was just to challenge our guys on the backboards,” said coach Steve Alford. “Halftime was about settling them down and challenging them on the backboard. Knowing how much of a physical fight that this was going to be, I think our guys showed a lot of toughness.”

Arizona had one last chance to tie it at the end, but a 3-point attempt flew way too far, missing both backboard and iron, and the Wildcat fans began leaving in droves before the final buzzer.

“This one is even sweeter because they beat us the first time,” Ball said.

UCLA has only been beaten by three teams all season, and all three times the Bruins have rebounded for the revenge victory.