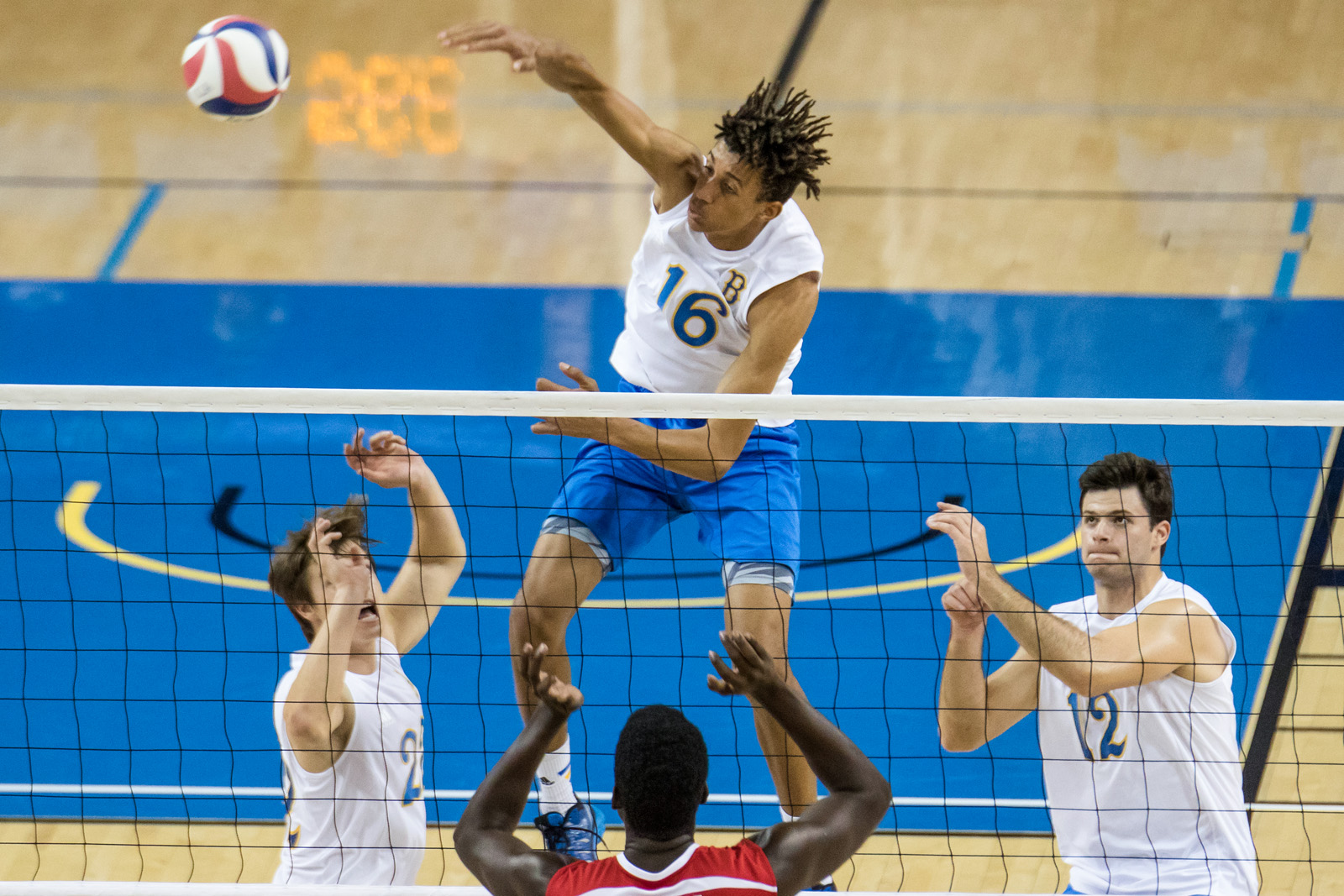 UCLA has dropped five of their last six game in the toughest stretch of the season. Middle blocker Daenan Gyimah struggled in the two games prior to the LBSU matchup, only swinging for six total kills and a sub .150 percentage. (Austin Yu/Daily Bruin senior staff)

Five losses in six games – but the toughest stretch is over for UCLA men’s volleyball.

February has not been kind to UCLA, as the team started off the month losing two straight to BYU, extending its winless streak in Provo to nine years. All the while, the Bruins lost junior outside hitter Jake Arnitz to a broken foot and senior middle blocker Mitch Stahl twice to abdominal and leg injuries.

However, the Bruins will look to end their current two-game losing streak against an Anteater squad they’ve already defeated in straight sets this season and a Tritons team that has only won two MPSF games in 55 attempts.

UCLA’s most recent match, against No. 2 Long Beach State, ended in a sweep of the Bruins. Despite the loss, there were a couple of points of optimism.

Freshman middle blocker Daenan Gyimah struggled in the two games prior to the LBSU matchup, only swinging for six total kills and a sub .150 percentage.

But Gyimah returned to form against the 49ers, notching a team-high 13 kills and .800 hitting percentage. Then, midway through the second set, Arnitz returned to play and was still able to score five kills during his short performance.

On the other side of the net, the Bruins will look to slow down three players in particular.

UC Irvine boasts a pair of seniors, opposite Tamir Hershko and outside hitter Thomas Hodges, as its two top hitters. Hodges, an Australian, leads with 141 kills on the season while Hershko, an Israeli, follows close behind with 137.

Down in San Diego, the Tritons have one hitter that stands above the rest – junior opposite Tanner Syftestad.

Syftestad has amassed 203 kills this season and is fifth in the nation with 4.23 kills per set and fourth in attacks per set at 8.92.

Unlike the Bruins and Anteaters, which have kills spread relatively evenly among their players, the Tritons almost solely rely on Syftestad. The second-highest scorer on the team is senior outside hitter Ian Colbert with 86.