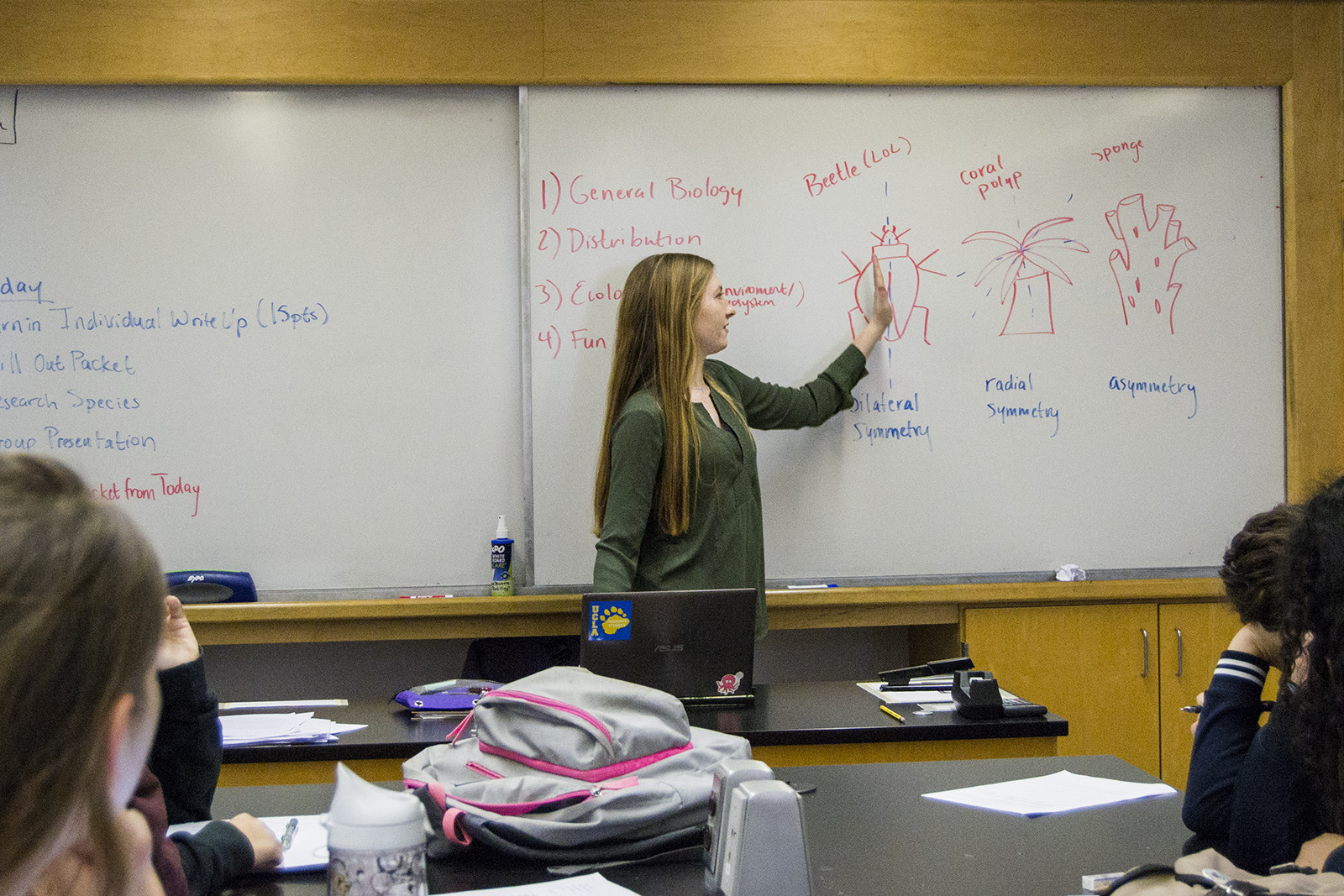 Some graduate students teach undergraduate courses outside of their departments because of a shortage in teaching assistants.

She said that because of this deficit, some TAs from the engineering and public health departments, which have fewer undergraduate classes and subsequently fewer teaching positions, have begun instructing courses in the life sciences.

Sork said the life sciences division accepts teaching assistants from other departments if they have taken relevant classes and have received satisfactory grades for those classes.

Luisa Iruela-Arispe, vice chair of the molecular, cell and developmental biology department, said in an email statement she thinks graduate students who TA for undergraduate discussion sections outside their departments receive enough guidance from faculty advisors to be able to teach those courses.

“Our students are highly qualified to (teach undergraduates),” Iruela-Arispe said. “The faculty in those departments are (their) advisors and teach these graduate students as well.”

Tess Armstrong, the vice president of academic affairs in the Graduate Students Association, said the TA shortage could be due to graduate students’ lack of time and interest in being TAs.

“A lot of students feel like, because the class size has been increasing, it’s been a lot (of work),” Armstrong said. “They’re really focusing on their Ph.D. They don’t have time for the extra hours.”

Armstrong added that not all graduate departments require students to teach undergraduates.

Armstrong said she thinks graduate students are qualified to lead classes from other departments.

“Grad students don’t want to TA a class unless they feel like they can teach the class,” Armstrong said. “They took it at one point or learned it to get to where they are anyway.”

Armstrong said she is trying to assemble a subcommittee in GSA to address the TA shortage. She said she wants to talk to individual student affairs officers to get more information about the causes of the TA deficit.

“(Graduate students) are going to need the funding, but can’t TA because they’ve met the limit,” Armstrong added.

Although increasing graduate student enrollment is one solution, Armstrong said she is concerned the university will not have enough funds to support them.

[Related: Breakdown of where UCLA research funding comes from and where it goes]

Armstrong added that training undergraduates to become TAs is another possibility to address the shortage. However, she thinks there may be problems concerning conflicts of interest if undergraduate TAs are friends with their students.

Ashley Fent, a graduate student in geography who leads a discussion section for GE Cluster M1: “Food: A Lens for Environment and Sustainability,” said some TAs feel overwhelmed by large class sizes.

“There are so few TAs (and) the university is allowing in so many more students in general, which does diminish the quality of education,” Fent added.

Fent said she thinks she is qualified to teach a discussion class for the food general education cluster even though she is a geography student because she has taken coursework in food systems before. She added that in her TA application, she emphasized her related extracurricular experiences to the course topics.

“Although I study environmental issues, it’s more physical science than I’ve been used to so there’s a bit of a learning curve for me as an instructor,” Fent said. “In terms of grading, it’s a bit more challenging.”

Rowan Baker, a first-year international development studies student who is taking classes taught by TAs from different departments, said she thinks classes are difficult if a TA does not does not fully know the material.

“It’s a struggle if (TAs) don’t entirely know the material or if they don’t know what they want until they get the rubric,” Baker said. “Sometimes they don’t know everything pertaining to a subject.”

However, Baker said she does not feel that learning from TAs who come from a different department is a pressing problem.

“If they have background in (the subject), it’s fine,” Baker said. “It’s undergraduate courses, so it’s not the end of the world.”