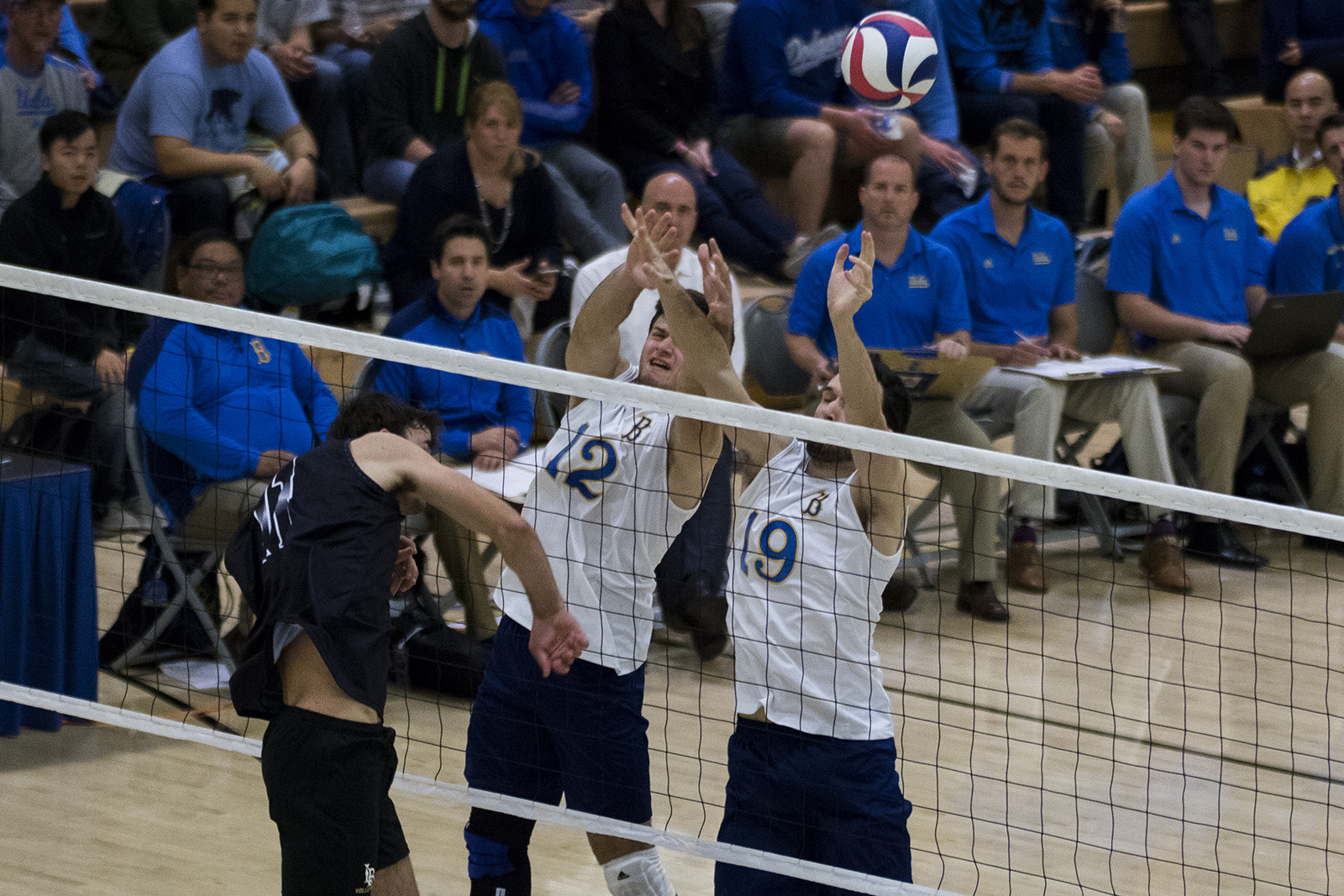 The UCLA men’s volleyball team has struggled to find wins lately, but recent injuries to senior middle blocker Mitch Stahl have allowed others to enter the spotlight.

The No. 6 Bruins (10-6, 7-5 Mountain Pacific Sports Federation) have lost five of their last six matches, and having two starters – Stahl and junior outside hitter Jake Arnitz – sidelined for multiple games due to injury has not helped.

Stahl was only sidelined for one weekend due to an abdominal injury, but injured his ankle against Cal State Northridge on Feb. 15. Coach John Speraw said that he does not foresee Stahl taking the court in the near future.

“(Injuries are) part of the game. We’re a good team with some seniors and some depth,” said Speraw. “We should be playing better than this even with our injuries.”

Although the team has been struggling, redshirt junior middle blockers Oliver Martin and Eric Sprague have made notable contributions on the court in Stahl’s absence.

Martin has seen play in the past seven matches after sitting out since Jan. 7. He notched 12 kills with a .429 hitting percentage – both good for second on the team – in UCLA’s five-set loss to BYU, and appeared in five sets apiece against Stanford and CSUN.

“Oliver is very, very good at blocking quick. He had a great offensive year last year,” Speraw said at the beginning of the season. “His numbers were just as good as Mitch’s, and he had a great game against Ohio State in the semis even though we lost. So we know (Martin) can be the guy.”

While Martin had playing time before Stahl’s injuries, Sprague did not see the court this season until the Bruins’ second match against the Cougars in which he hit .375 with five kills.

Sprague only played in two sets against Long Beach State on Saturday, but made an impact from the service line. Aside from having two kills on three attempts, he recorded one ace and had a six-point service run that nearly allowed UCLA to recover from a seven-point deficit in the second set.

Freshman middle blocker Daenan Gyimah said that the Bruins’ serve-and-pass game wasn’t where it needed to be against the 49ers, and that’s what got them in the end. Sprague’s strong presence at the service line, although not enough to shift the tide in UCLA’s favor, was perhaps the one positive serving performance in a night when no other Bruin recorded an ace.

While Sprague and Martin are primarily seeing time because of Stahl’s injuries, Speraw said at the beginning of the season that he expected all his middles to see court time through this long season.

“The seasons are probably hardest on the middle blockers who have to jump every time, so I think everybody’s gonna get some time on the volleyball court,” Speraw said.

The Bruins have played four five-set matches in the past three weeks – compared to zero in the previous month of the season – and it is helpful to know that they have depth at a tiring position.

“(Going to five is) physically draining, but we’re super physically ready to go and mentally I think we’re pretty good,” said senior outside hitter Michael Fisher. “We got a great strength coach – we put in a lot of work in the gym so we know we can do it.”