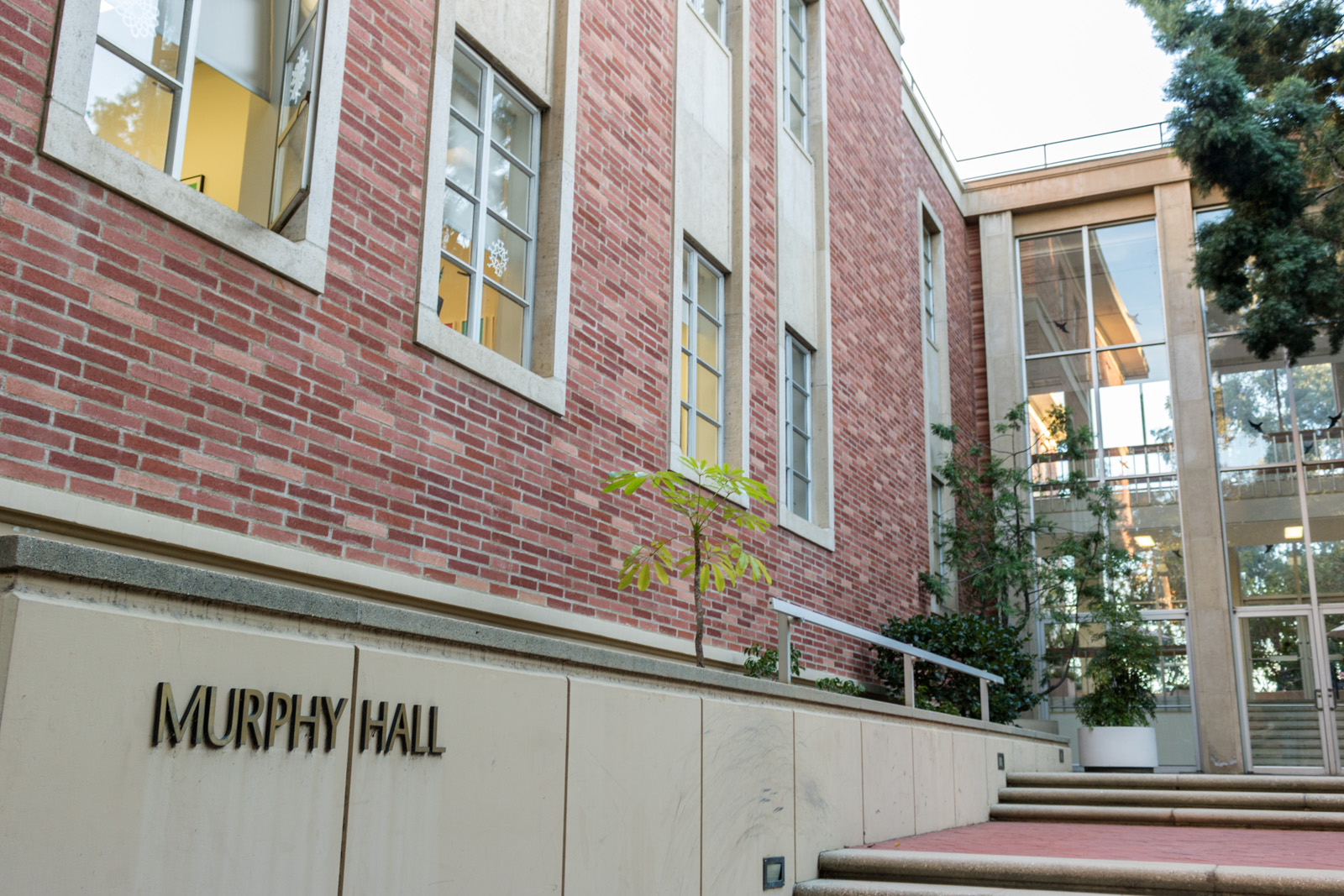 UCLA Student Affairs is housed in Murphy Hall. The Office of the Dean of Students has faced criticism for allegedly excluding students from disciplinary hearings. (Daily Bruin file photo)

“We understand the importance of including students in critical discussions,” wrote Maria Blandizzi, dean of students, in a letter to the editor last year. Turns out there’s still some understanding to do.

The Student Conduct Committee, which hears cases of student misconduct, consists of at least three undergraduate student and at least three graduate student appointees. However, these students hadn’t been trained during fall quarter and were excluded from panel hearings, even though this training was a responsibility of the Office of the Dean of Students.

Student Affairs’ apparent attempt to nudge students out of proceedings points to a trend in the administration of ignoring student voices in major decisions. The administration needs to pause in its attempt to unilaterally commandeer campus activities like hearings and give students a say in what happens.

The student conduct code calls for as much equal representation as possible between students and staff for panel hearings. It’s crucial that the defendant be heard by a panel including at least one of their peers – someone who can more easily relate to their situation. The code also clearly says that it is up to the Office to train the students. By shirking its duty and excluding students from panel hearings, the Office has indeed violated the bylaws.

The Office made it a point to ignore these students and omit them from conduct committee proceedings. UCLA spokesperson Rebecca Kendall said that the student appointees weren’t trained because a change was planned in the conduct committee process and the intent was to avoid training the committee’s student representatives for a process that would soon be modified. Debra Geller, USAC administrative representative, said the Office reached out to them two weeks ago, and Kendall said that five of seven students have been trained as of Friday. Essentially they wanted to avoid training students twice, although that process has evidently taken less than 10 days to finish for some of these students.

Even then, consider the case of graduate student appointee Nick Uhm, who said he had been appointed over a year ago but never received training. If the plan to implement a new process has been in the works for this long, the Office should have had some idea of how long it would take to institute. At the very least, they should have had the decency to tell student appointees what is going on. Instead, according to Graduate Students Association president Michael Skiles, the Office gave them several excuses and then ignored them. This is concerning, given how simple it would have been for the Office to just tell students what was happening.

More surprisingly, Skiles said he received an email from an alumnus, who told him that a student was told at a panel hearing that no student representatives were interested in serving on the committee, despite the fact that students had been appointed to it. In other words, the Office allegedly lied to a student they were responsible for judging.

[Editorial: UCLA needs to be transparent about disciplinary hearings procedure]

As much as the Office deserves to receive its own hearing, preferably with more student representation, the damage has already been done. All panel hearings during fall quarter were held without any student representatives. As for how many such hearings took place, even the number is a point of contention. Skiles said Blandizzi estimated to him that around 10 to 15 conduct committee hearings had taken place during fall quarter. Kendall refuted that this estimation had ever taken place, but Skiles insisted Blandizzi provided him with a rough estimate.

The lack of consistency isn’t restricted to only the Office’s interpretation of the bylaws. The fact that the Office wishes to hide even the details of a meeting is another sign of the mounting opacity in administration. Last month, the Anderson School of Management’s expansion was approved at the cost of 60 parking spots. Geffen Academy took down the Kinross Recreation Center, the graduate student gym, without taking any student input beforehand. And Chancellor Gene Block, when asked by the Daily Bruin Editorial Board about a student advisory board to advise on such donor projects, said he would not be in favor of one.

Regardless of the reason the administration gives, the bylaws, which ask for student involvement in the conduct committee, exist for a reason. Sure, the administration can ignore these self-imposed bylaws, since there’s no one to provide oversight on them. But that negates the purpose of the existence of rules in the first place – in order to include the student perspective in a hearing that can affect the defendant’s career.

As such, the administration has a moral obligation to include students in important services, be that construction planning or panel hearings. Otherwise, it’s not being true to itself or to its biggest stakeholder – the students. To quote Blandizzi, “We can only succeed when we work together,” and the administrators need to stay true to that.