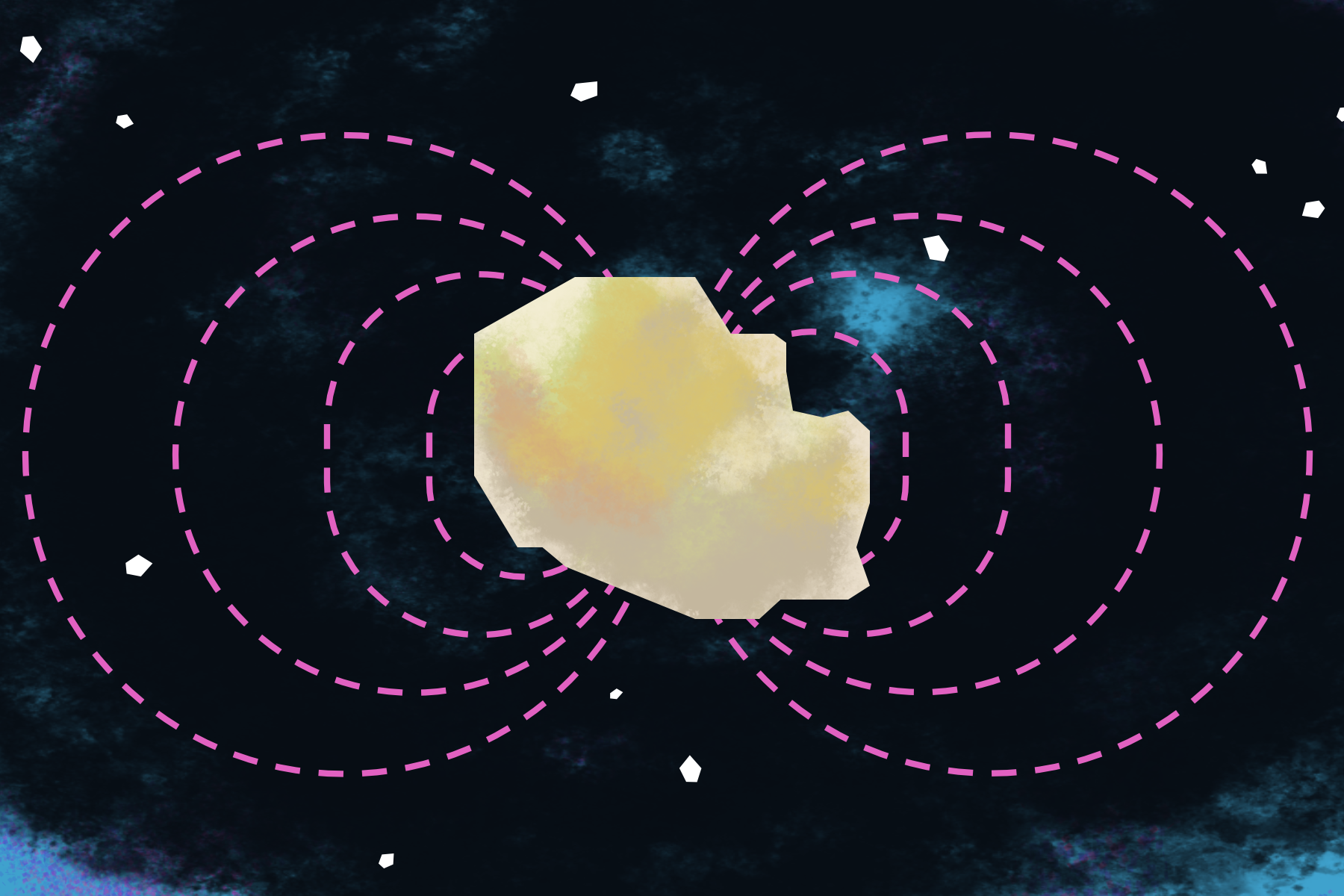 Researchers at UCLA will build a key instrument for NASA’s newest mission – a journey to the metallic asteroid 16 Psyche.

Last month, the space agency announced its plan to launch a spacecraft to Psyche, located between the orbits of Mars and Jupiter, in 2023. Earth, planetary and space sciences professor Christopher Russell and his research group will build an instrument called a magnetometer to detect the asteroid’s magnetic field.

An objective of the mission is to determine whether Psyche is the exposed core of a small planet that had its rocky exterior removed by a collision. Radar observations of Psyche’s reflectance and estimates of its density indicate the asteroid is, like Earth’s core, almost entirely iron and nickel.

As the spacecraft orbits Psyche, the onboard magnetometer will record the varying strength and direction of the magnetic field, Russell said. Researchers will learn about 16 Psyche by using the measurements to determine what source would have produced that field.

Researchers could find different patterns of magnetic fields with the magnetometer. If the asteroid was a core with convection currents that froze from the outside inward, then it might have trapped a strong dipole. If Psyche was not a core or solidified from the inside outward, then little or no field might remain.

Russell said he thinks NASA considered the magnetometer’s ability to measure strong and weak magnetic fields because researchers do not know exactly what kind of field they will find when the spacecraft reaches Psyche.

The magnetometer can switch between measuring strong and weak fields, said Kathryn Rowe, an aerospace engineer at UCLA who will develop the electronics that control the instrument.

Rowe said the spacecraft produces a magnetic field that could interfere with sensitive measurements of Psyche’s field. Engineers can mitigate this interference by placing two sensors along a beam on the spacecraft. Rowe added she thinks this solution may be a nightmare for whoever will design the spacecraft.

“It’s always a push and pull for what kind of accommodations we get,” Rowe said.

David Leneman, an aerospace engineer at UCLA, said developing the magnetometer may be difficult because there are weight and power restrictions based on the needs of other researchers involved in the mission.

“Psychologically, the biggest challenge is designing based on changing criteria,” Leneman said.

Leneman added that NASA could schedule a more powerful engine for the launch, which would affect the instrument’s mechanical requirements.

“Vibrations and shocks from the rocket engines transmit up the spacecraft and punish the magnetometer,” Leneman said.

The engineers will go to a testing facility with machines that can imitate the forces the instrument will undergo during the spacecraft’s launch, Leneman said. The facility also has chambers with controlled magnetic fields and environmental conditions, which will allow the engineers to calibrate the magnetometer and verify that it can function accurately in the low temperatures and radiation levels around Psyche.

Russell’s group will collaborate with several institutions on the Psyche mission, which is led by investigators at Arizona State University. NASA’s Discovery Program, which solicits proposals to explore the solar system, selected the Psyche mission after a competitive review process. Russell said NASA’s site visit – an in-person technical evaluation of the mission team – was an exciting part of the selection.

“NASA grills you with questions,” Russell said. “It was like a very intense oral exam. We survived it and did a good job.”

Russell said although UCLA has a history of providing magnetometers for space missions – expanding knowledge of Earth, Venus, Jupiter, their moons and the solar wind – NASA will periodically evaluate the group’s progress. Rowe and Leneman will present their magnetometer testing results to NASA before the spacecraft’s launch.