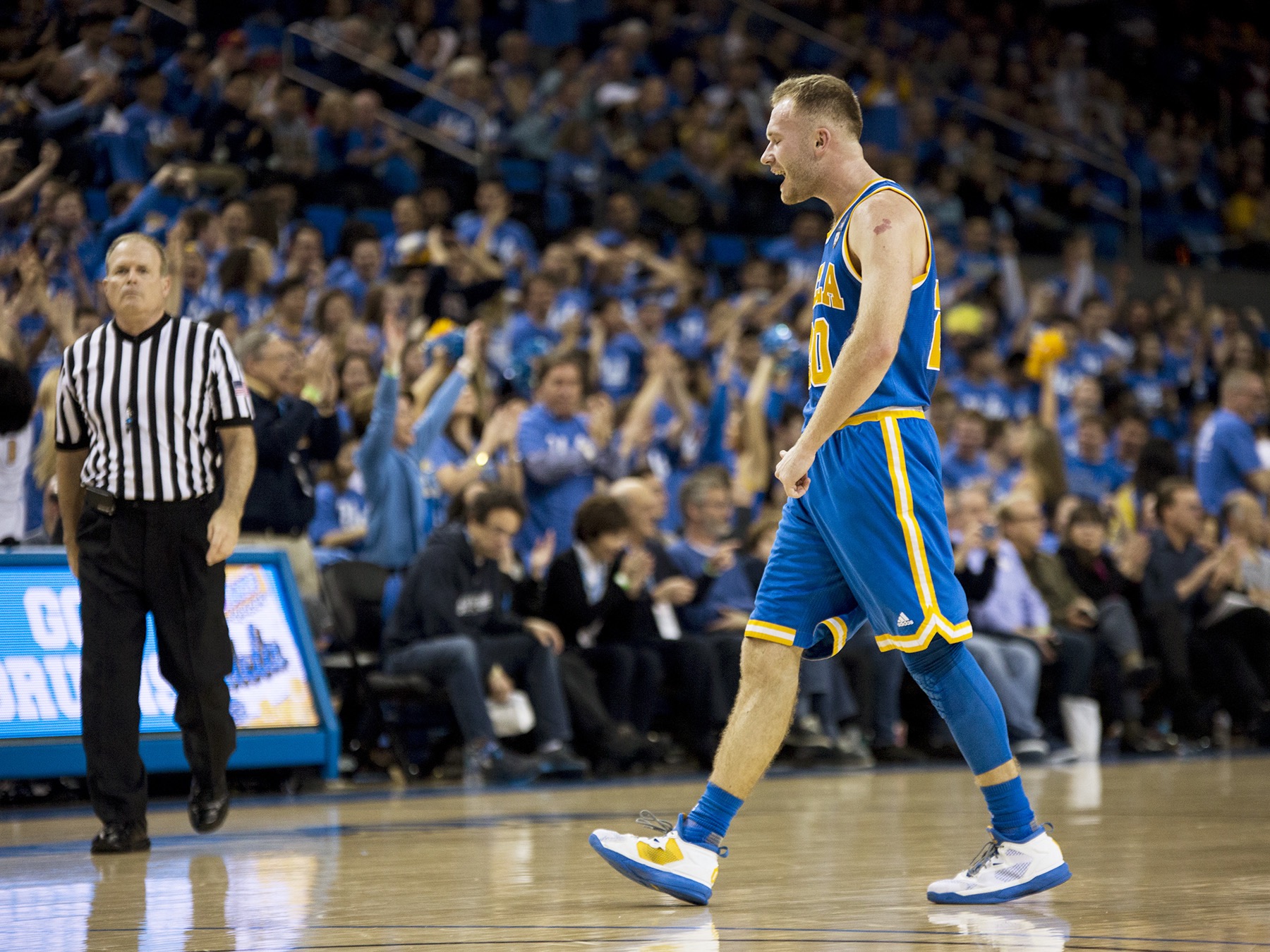 Senior guard Bryce Alford led the Bruins to their 102-70 dismantling of the Trojans, scoring 26 points and going 5-for-9 from beyond the arc. (Keila Mayberry/Daily Bruin staff)

Four, but no more.

This was the full-force of the Bruins on display. The passes zipped around freely and the long bombs kept dropping throughout the game.

More importantly, the oft-maligned UCLA defense showed that it could actually be an asset instead of a liability. For long stretches, the hands were active and the rotations stayed on a string.

“If we’re going to play and try to win at the highest level, we don’t have to be a perfect defense but we have to be better,” said coach Steve Alford. “I think over the last two and a half to three weeks, we’ve really improved.”

The Bruins held the Trojans to just 33.8 percent shooting while forcing 10 turnovers.

Senior guard Bryce Alford sparked a late run with under seven minutes left, dropping 12 quick points in a span of two minutes and 13 seconds to push a 12-point lead into blowout territory – a 24-point lead.

He scored a game-high 26 points and dropped five 3s.

But UCLA wasn’t satisfied with a 20-point lead. The Bruins added insult to injury in the last few minutes. Alford found freshman guard Lonzo Ball for a alley-oop on the break before hitting a long 3 to push it to a 30-point blowout.

Adding insult to injury, UCLA pushed it to a 30-point lead with a Bryce Alford to Lonzo ball alley-oop and then a Bryce NBA range 3. pic.twitter.com/otDqAbuPWP

“Sometimes when you’re up 20 with a couple minutes left, a lot of the times you kind of take your foot off the pedal, but that’s what this team has learned to not do,” Alford said. “We were just trying to put together a full 40 minutes. That’s our goal every single game, and I think tonight we finally did that well.”

“Any time playing a rival like that and you’re up big at the end, it’s just a lot more fun,” Leaf said. “The whole game was fun though, for all of us. So it’s just a big win.”

As a team, the Bruins shot 53.8 percent from the field and hit 10 3s on a 50 percent clip. UCLA outmuscled USC 50-33 on the glass, showing everyone that last game was just a fluke.