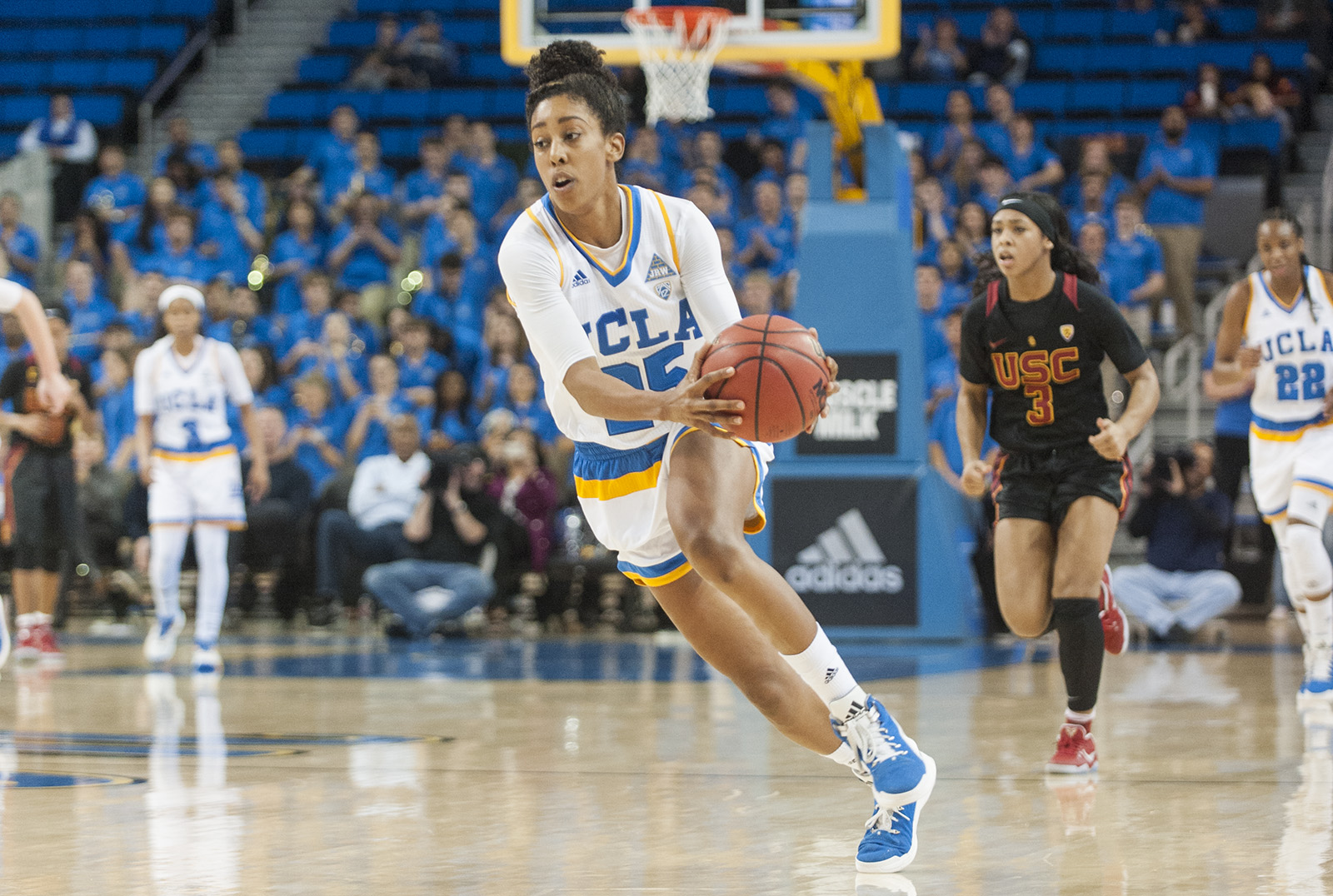 Forward Monique Billings will be key for UCLA against Washington’s Chantel Osahor. Osahor had 19 points, 16 rebounds and five assists last time out against the Bruins. (Stella Huang/Daily Bruin)

Washington guard Kelsey Plum had a field day last time she went up against UCLA. She scored 39 points on 13-of-26 shooting and led the Huskies to an 82-70 victory.

Following the game, coach Cori Close made it clear that the proper adjustments would be made the second time around.

“We have to learn from this opportunity here and be a little bit better,” Close said. “The coaches will look at the film and by the time we get a chance to play them again, we’ll have some other adjustments we can make.”

The Bruins will have to find a way to slow down one of the most dominant duos in the country if they are going to right the ship. Plum averages a nation-leading 30.5 points per game, while Osahor averages 15.6 points and 15.2 rebounds per game.

For Close, finding the right game plan will not be easy.

“They’re really good,” Close said. “It’s a really hard rotation, they’re two All-Americans and it’s (their teammates’) ability to knock down shots that makes it so difficult because you can’t trap to get it out of (Plum and Osahor’s) hands. They pass it well, they hit midrange shots and their IQ is high.”

The last time the two teams met, UCLA pitted junior forward Monique Billings against Osahor while the Bruins were on defense. Billings held Osahor to just 5-of-13 shooting from the field and scored 17 points on 8-of-16 shooting.

While no official word has been given, if junior guard Jordin Canada is able to return from her head injury she suffered while playing against Oregon State, she could match up against Plum for the final time in conference play and possibly the final time of their collegiate careers. Canada was significantly outplayed the first time around, surrendering 39 points and only scoring 12 of her own on 4-of-16 shooting.

As for Washington State, UCLA will look to avenge its 82-73 loss suffered last month. It will face another potent scorer in freshman guard Chanelle Molina, who scored 33 points on just 20 shots in the first meeting.