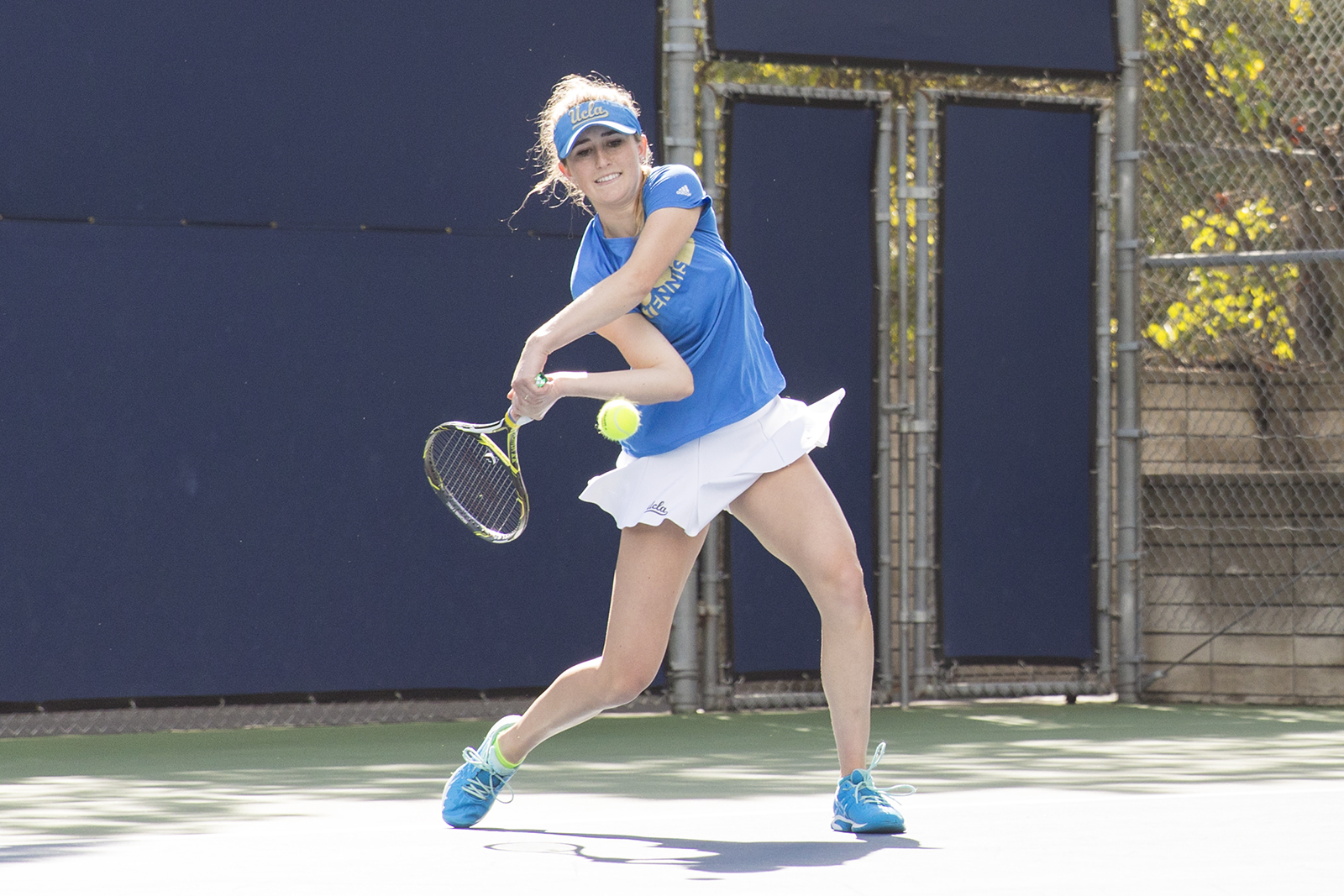 Ena Shibahara won her match, and then she celebrated her birthday.

“It just couldn’t have gone any better I think,” Shibahara said. “To start off with a win – being 19 – it was pretty special because I was able to spend it with my teammates and my parents came out.”

The freshman, ranked third in singles and 12th in doubles with redshirt freshman Jada Hart, swept both singles and doubles. Shibahara and Hart beat the Toreros’ Colomba DiFilippo and Daniela Morales 6-2 to kick off doubles play, and the Rancho Palos Verdes, California, native defeated Nicole Anderson in straight sets at No. 1 singles.

After the doubles victory, Hart retired in her singles match while down 3-0 in the first set – sophomore Alaina Miller said Hart just had to rest and recover back to full strength.

While Shibahara was a staple at the top courts, the Bruins switched up the rest of their doubles and singles lineups.

Junior Terri Fleming, playing with her new teammate sophomore Gabby Andrews, clinched the doubles point for the Bruins with a 6-3 victory at court two. Miller, Fleming’s partner for the first five matches of the year, instead paired with junior Kristin Wiley at court three.

“(Coach Stella Sampras Webster) let us know this morning,” Miller said after the match. “Terri and Gabby have practiced together a few times, and Kristin and I have played together so I don’t think it was too different mentally. We all know each other’s games pretty well.”

In singles, Miller moved up to No. 2 against San Diego, compared to her customary No. 3 or No. 4 spot. Miller’s match against Morales was the last one on the court, and the sophomore said having her teammates’ cheering helped her push through the third-set tiebreaker.

“It was honestly a tough match and the girl was really good,” Miller said. “Mentally it was pretty straining, but I was able to get through it. Especially at the end, having all my teammates supporting me really helped.”

Andrews and Wiley, who stayed at No. 5 and No. 6 respectively in singles, earned the Bruins’ other points with straight-set victories.

“I think we have a good chance this year of beating them,” Miller said. “I think we’re all playing our best tennis and the team vibe is really good. It’s going to be a really exciting match, and I’m just really excited to play with everyone and see how it goes.”