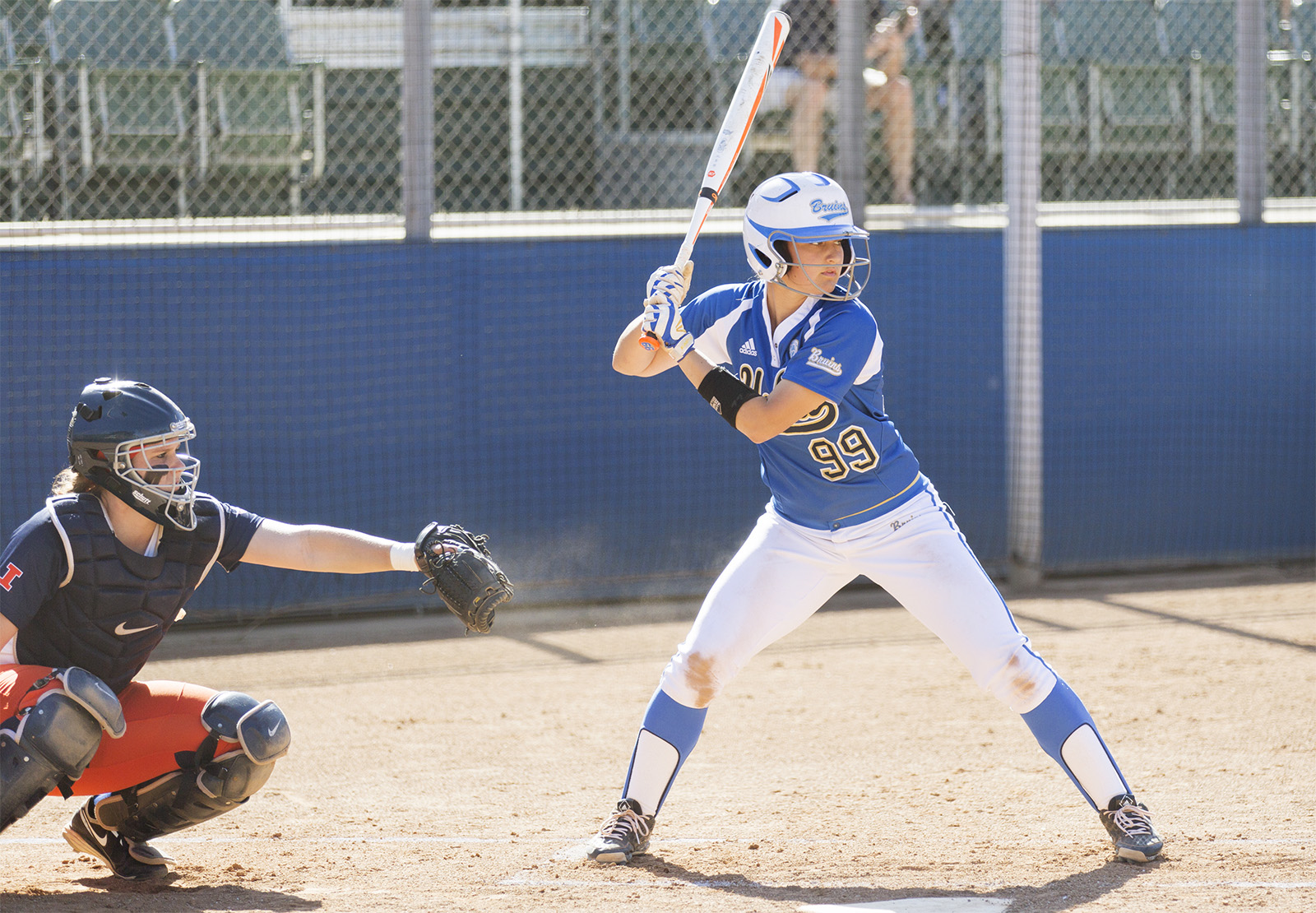 “We haven’t been able to finish the season the way that we would like to,” said coach Kelly Inouye-Perez. “We’ve had injuries, we’ve had different things that have impacted the circle. … Championships are won in the circle.”

This year the Bruins boast five pitchers, a staff that Inouye-Perez called the deepest and most experienced in the country.

“I’ve got a lefty; I’ve got righties; I’ve got spinners; I’ve got hard throwers,” Inouye-Perez said. “We haven’t had that depth in the circle.”

No. 8 UCLA will begin its 2017 campaign with a five-game weekend series starting Friday, giving Inouye-Perez an abundance of innings to test out her new staff.

Returner pitchers such as redshirt senior Paige McDuffee and juniors Selina Ta’amilo and Johanna Grauer will be joined by a pair of Gatorade Players of the Year in freshman Bubba Nickles and redshirt freshman Rachel Garcia.

“She likes to work ahead. She attacks hitters,” Inouye-Perez said. “She’s a freshman. She’s gonna pump strikes and she’s gonna get hit. And she’s gonna learn quickly that what she does afterwards is impressive.”

Senior shortstop Delaney Spaulding said Garcia was not very fun to hit off of during intersquad scrimmages.

Nickles, on the other hand, will serve as the team’s starting third baseman, but she is prepared to take the circle if the team needs her to, Inouye-Perez said.

The middle of the infield remains unchanged, with Spaulding and junior second baseman Kylee Perez holding onto their starting spots.

“Their IQ, their physical ability, their athleticism. They’re just – it’s fun to watch,” Inouye-Perez said. “They roll up double plays; they run the defense, and I have a great deal of confidence in both of them.”

Inouye-Perez said that having the middle infielders work so well together has been beneficial to the corner spots on the infield, where the Bruins will be less experienced.

Sophomore Brianna Tautalafua will be the Bruins’ primary first baseman, but others could get time at first as well. Inouye-Perez said junior Madeline Jelenicki – who can also catch – and Garcia may slot into the position, too.

UCLA sustained a big loss in the outfield with the graduation of center fielder and leadoff hitter Allexis Bennett, who hit .400 last year.

Senior Gabrielle Maurice – who played left field last year – will move into center field. Freshman Aaliyah Jordan was originally projected to start in center, but she will take a medical redshirt year instead.

“You can’t replace Chip because of her speed out there,” Spaulding said. “But Gabby has picked it up very well and I think center field will be locked down.”

Maurice will be flanked by sophomore Zoe Shaw – who played right field last year – in left field and a platoon of players in right. Inouye-Perez said catchers like Jelenicki and sophomore Paige Halstead, as well as freshman Jacqui Prober could all see time in right.

Although the two catchers will likely rotate and play other positions, Inouye-Perez said she believes that they are the two best in the country. Both made appearances on the national team.