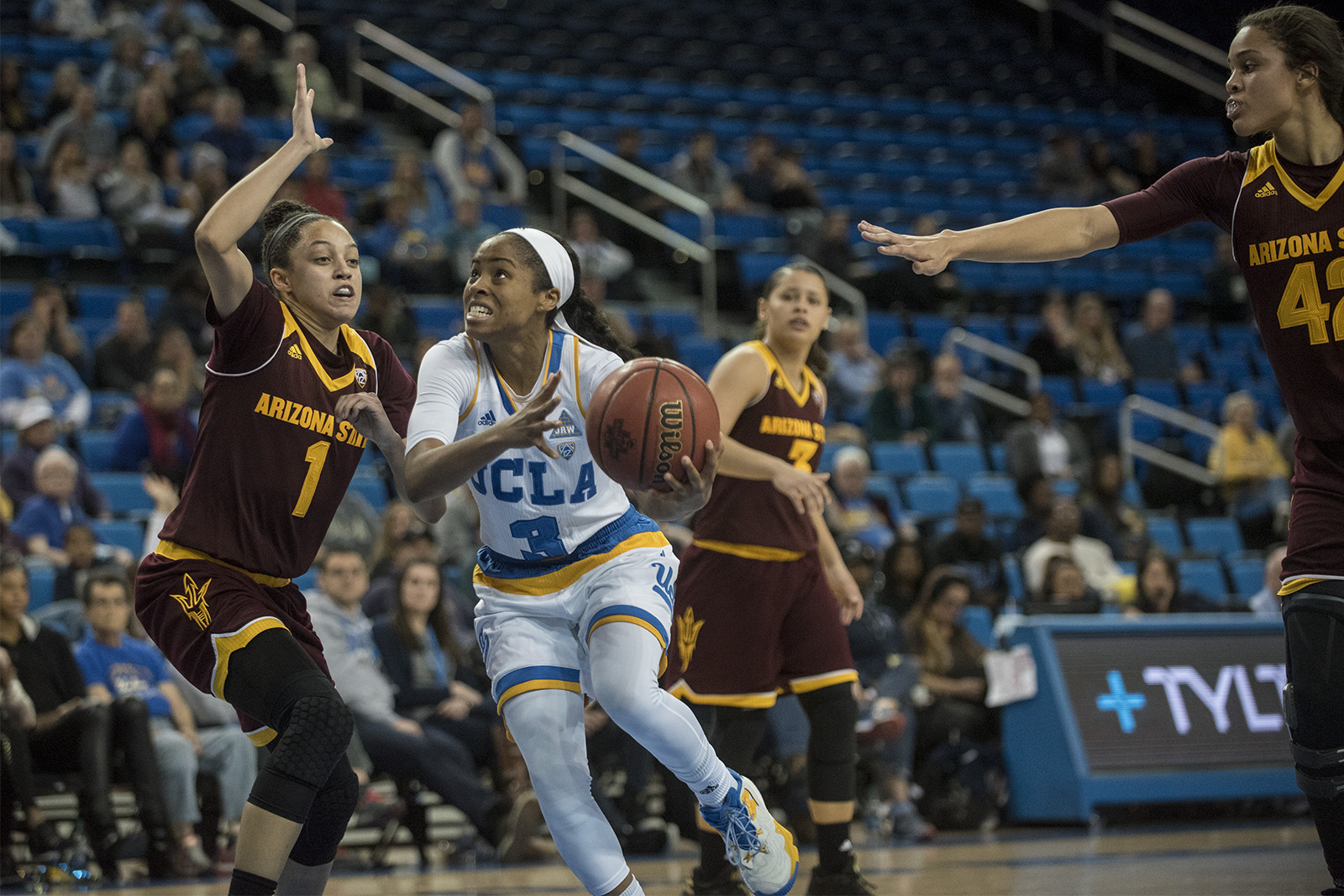 Junior guard Jordin Canada led No. 15 UCLA women’s basketball with 25 points and five assists in the Bruins’ first win at No. 8 Stanford since 1999. (Kristie-Valerie Hoang/Daily Bruin)

UCLA women’s basketball bounced back from a close loss in Berkeley on Friday with an upset win of its own Monday night.

UCLA jumped out to a 22-12 lead to end the first quarter after junior guard Jordin Canada scored a quick eight points on 4-of-8 shooting. Junior forward Monique Billings came out aggressive as well, earning six trips to the free throw line, where she connected on five of them.

Following the lackluster start to the game against California, the team was focused on finding a groove early to avoid falling into the same hole.

“We just needed a better start and that was our focus today,” Billings said. “Start the game better and be more aggressive on the rebounds.”

[Related: Rough start leaves UCLA too far behind to catch up to Cal]

UCLA only outrebounded Stanford 10-9 in the opening frame, but the Cardinal turned the ball over five times, helping the Bruins gain the double-digit lead.

However, Stanford responded with a 28-point second quarter that put them ahead at the half 40-37.

After the break, the Bruins put together one of their most complete halves of the season, outscoring the Cardinal 48-36 the rest of the way.

Redshirt senior guard Nicole Kornet came off the bench and scored 15 points on just six shots in the fourth quarter alone. A pair of 3s in transition and an and-one layup helped put UCLA up for good down the stretch.

Kornet was joined by fellow senior guard, Kari Korver, who continued to knock down the long ball at a high percentage. Korver finished 5-of-7 from beyond the arc and scored 17 points on the night.

Korver said that the limited number of collegiate playing days she has are what continue to fuel her fire.

“I’m trying to be confident and enjoy the last month and a half of getting to play college basketball,” Korver said. “My teammates are finding me so it’s been fun.”

For Stanford, five players finished in double-figures, led by senior guard Karlie Samuelson who finished with 15 points on 6-of-9 shooting.

Cardinal coach Tara VanDerveer, coming off her 1,000th career win, also received praise from a number of UCLA players, including Billings, who said that she appreciates the work VanDerveer has done in developing the women’s game.

“Much congratulations to her,” said Billings. “She’s earned it, she’s worked hard for it, and she really is a pioneer in the women’s game.”

The Bruins’ next matchup will be at the Oregon Ducks on Friday.