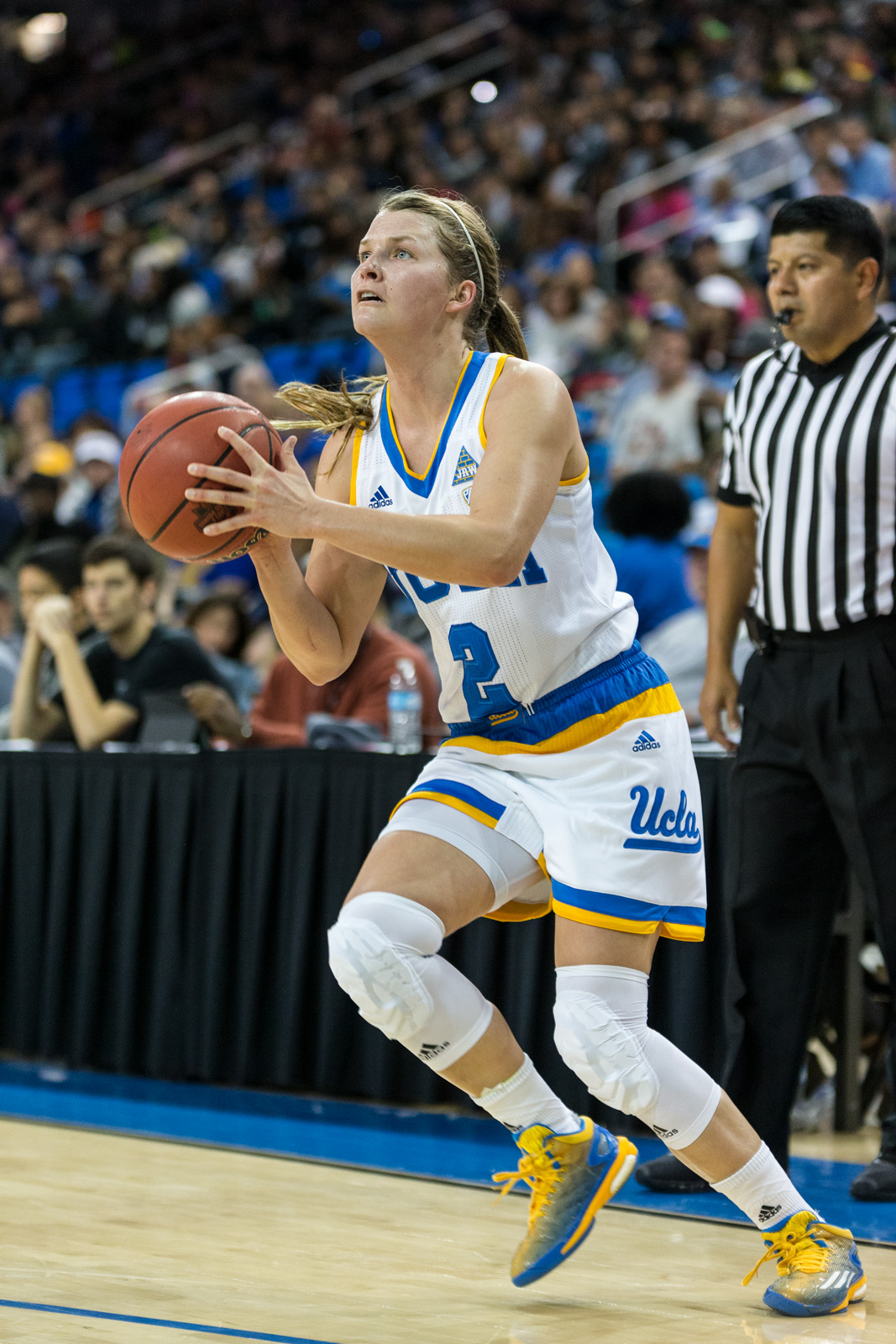 Senior guard Kari Korver had a poor shooting night, only managing a 3-of-9 and 2-of-8 clip from the field and behind the arc, respectively. However, Korver was still able to push her team forward while showing energy and leadership. (Aubrey Yeo/Daily Bruin senior staff)

UCLA women’s basketball fell short against unranked California on Friday night, but it refused to go down without a fight.

Cal opened the night with a 16-0 run after the Bruins started the game 0-of-8 from the field. Following a timeout by coach Cori Close, sophomore guard Kennedy Burke scored the first points of the night for UCLA with only 4:13 remaining in the first quarter.

Cal guard Mi’Cole Cayton scored 11 points on 4-of-4 shooting in the first quarter and helped the Golden Bears jump out to a 20-6 lead by the end of the opening frame.

Despite the score, Close remained confident in the game plan and shared a simple message to her squad.

“She just said chip away,” said junior forward Monique Billings. “Little by little just keep chipping away, and that’s what we did.”

The Bruins responded accordingly and put together two strong quarters to close the gap to seven points as they entered the fourth. At one point, UCLA even held a 40-39 lead, after a 16-2 run to open the third quarter.

As the game wound down, UCLA’s poor shooting was too much to overcome. The Bruins finished just 33.8 percent from the field as a team, including shooting at a 4-of-23 clip from beyond the arc.

Despite shooting 3-of-9 from the field and 2-of-8 from the 3-point line, Korver rallied the Bruins all night, displaying a great deal of energy and leadership.

“It’s all good energy with Kari,” Billings said. “She keeps the group glued during the game when times are tough, and she’s consistent in her energy.”

“When Kari is pumped like that, it helps us a lot,” Canada said. “She loves cheering on her teammates and being enthusiastic, which is something we really value on this team.”

Canada, however, struggled to find a rhythm Friday night. She shot 7-of-24 from the field and missed the potential game-tying 3 as time expired in regulation, despite making all 12 of her free-throw attempts on the night.

“In the first half I was rushing my shot, and I wasn’t really getting to the spots that I normally want to get to,” Canada said. “In the second half I think I was more comfortable getting looks and taking the shots I feel comfortable with.”

As for the Bears, all 80 of their points were scored by the same five players, each of whom finished in double figures.

The Bruins’ next matchup will be at the No. 8 Stanford Cardinal on Monday.