Men’s tennis proves itself against ranked SEC competition in Florida 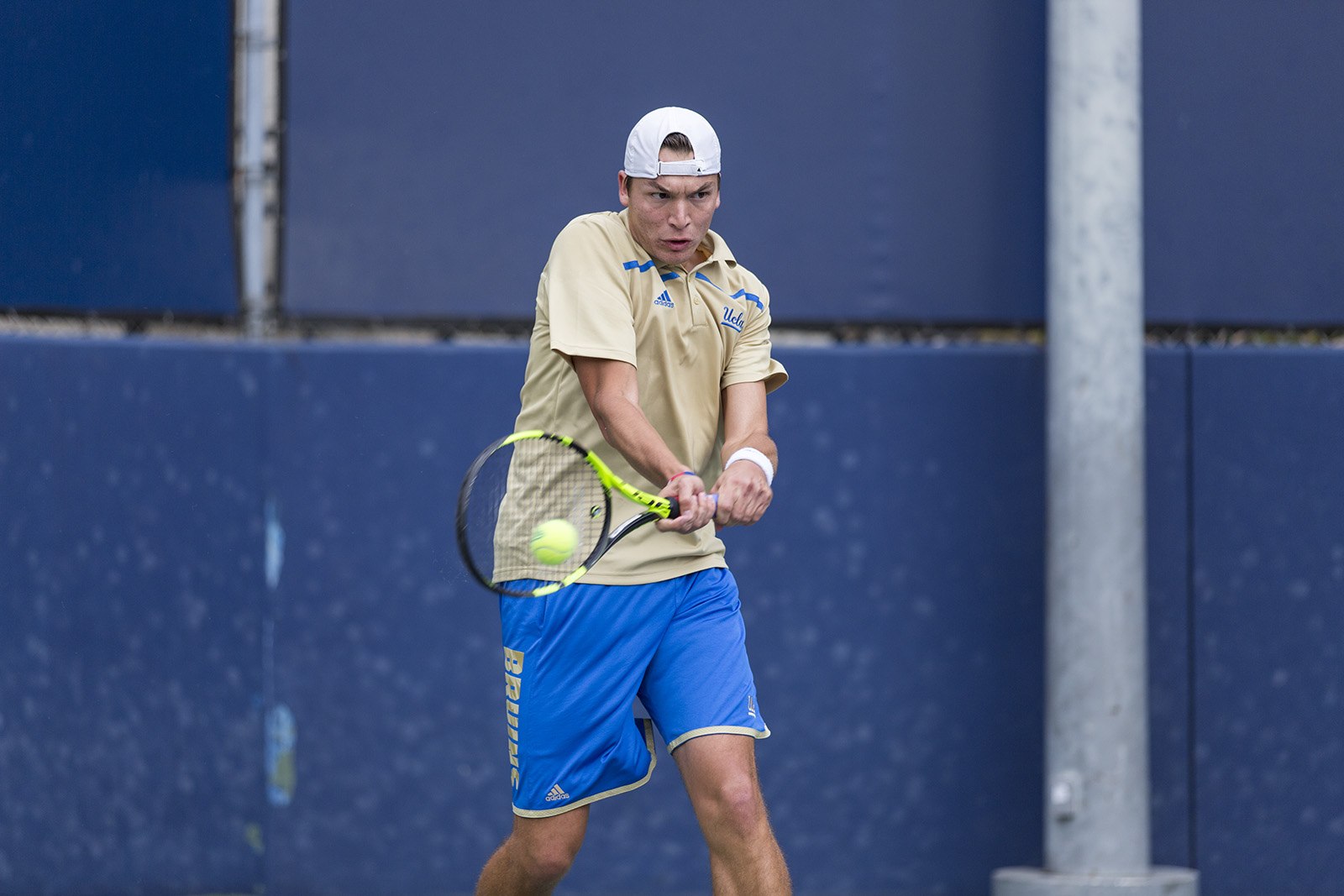 Going into this weekend, UCLA men’s tennis felt like it had to prove that it was one of the top six teams in the country.

“Because we lost Mackie (McDonald) and we lost Karue (Sell), I think a lot of the teams in the country kind of dismissed us like, ‘Oh they lost two of their top guys, so they’re not going to be as good this year,'” said junior Martin Redlicki.

The matches against No. 5 Georgia and No. 11 Florida, though, showed UCLA can contend with some of the nation’s toughest teams.

“Our match with Georgia especially, even today (against Florida), we competed to make it close,” Redlicki said Sunday. “We showed everyone that we’re here to compete and that we can really do some big things when guys step up like they did yesterday.”

In both matches, freshman Evan Zhu and Redlicki clinched the doubles point at the top court, besting the 54th-ranked duo of Jan Zielinski and Robert Loeb from Georgia and the third-ranked pair of Johannes Ingildsen and Alfredo Perez from Florida.

“I’m very happy and satisfied because my thumb is much better,” Cressy said. “During these two matches I was able to hit backhands. I didn’t feel any pain at all.”

Against Georgia, UCLA split the singles matches on courts three through six, with senior Joe Di Giulio and junior Logan Staggs winning at No. 4 and No. 5, while Zhu and junior Austin Rapp lost their matches at No. 3 and No. 6, respectively.

After Brymer fell on court one, the final point came down to Redlicki, who broke Bulldog Emil Reinberg to give the Bruins the win.

“I knew that Chase is more of a grinder kind of guy that just feeds off pace, and just tries to run around and make balls,” Redlicki said. “So I knew that going in that I had to hit a couple extra shots to win some points, and I feel like I was able to execute that well.”

The rest of the team, on the other hand, wasn’t able to capitalize on the momentum from doubles. Florida, behind its home crowd, proved to be too tough.

“The key was that we had to be really loud to overcome and match the stress that could arise from these kinds of close matches that are not at home,” Cressy said. “We really managed it well in doubles, but in singles not as much today.”