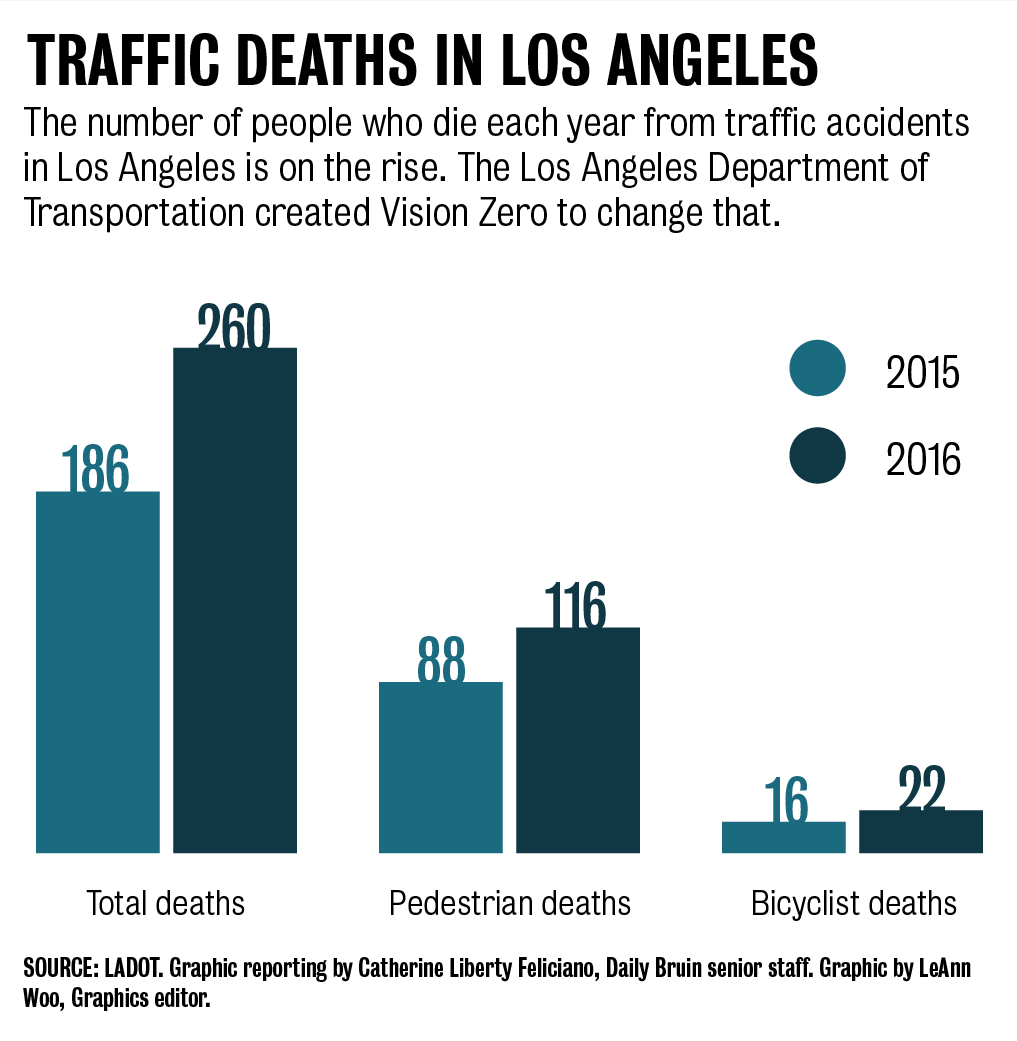 The Los Angeles Department of Transportation released a plan last week for reducing traffic fatalities over the next eight years.

The plan aims to reduce traffic fatalities by 20 percent this year by focusing on streets where the majority of traffic accidents happen, including Westwood Boulevard from Le Conte Avenue to Pico Boulevard and other streets in Westwood Village.

The LADOT will implement street improvements designed to increase pedestrian and cyclist safety, such as curb extensions, pedestrian medians and protected bike lanes. According to the plan, almost 50 percent of traffic fatalities are pedestrians or cyclists.

Brian Oh, an LADOT transportation planning associate, said the department will work with neighborhood councils and their city council offices to determine which projects are best for each community.

Because the department will develop specific projects with communities, there is no way to estimate how much the plan will cost, he added.

“If we can get a reduction or an elimination of traffic deaths on those corridors alone, we will meet our goal,” Oh said.

Madeline Brozen, the assistant director at the UCLA Institute of Transportation Studies, said she thinks the most effective way to reduce traffic fatalities is to slow car speeds, either through lower enforced limits or reconfigured street design.

“There are already streets with high speed limits, but many look like freeways so it’s possible people are driving even faster on them,” Brozen said. “The speed a car is traveling determines whether you’re going to live or die if you get hit.”