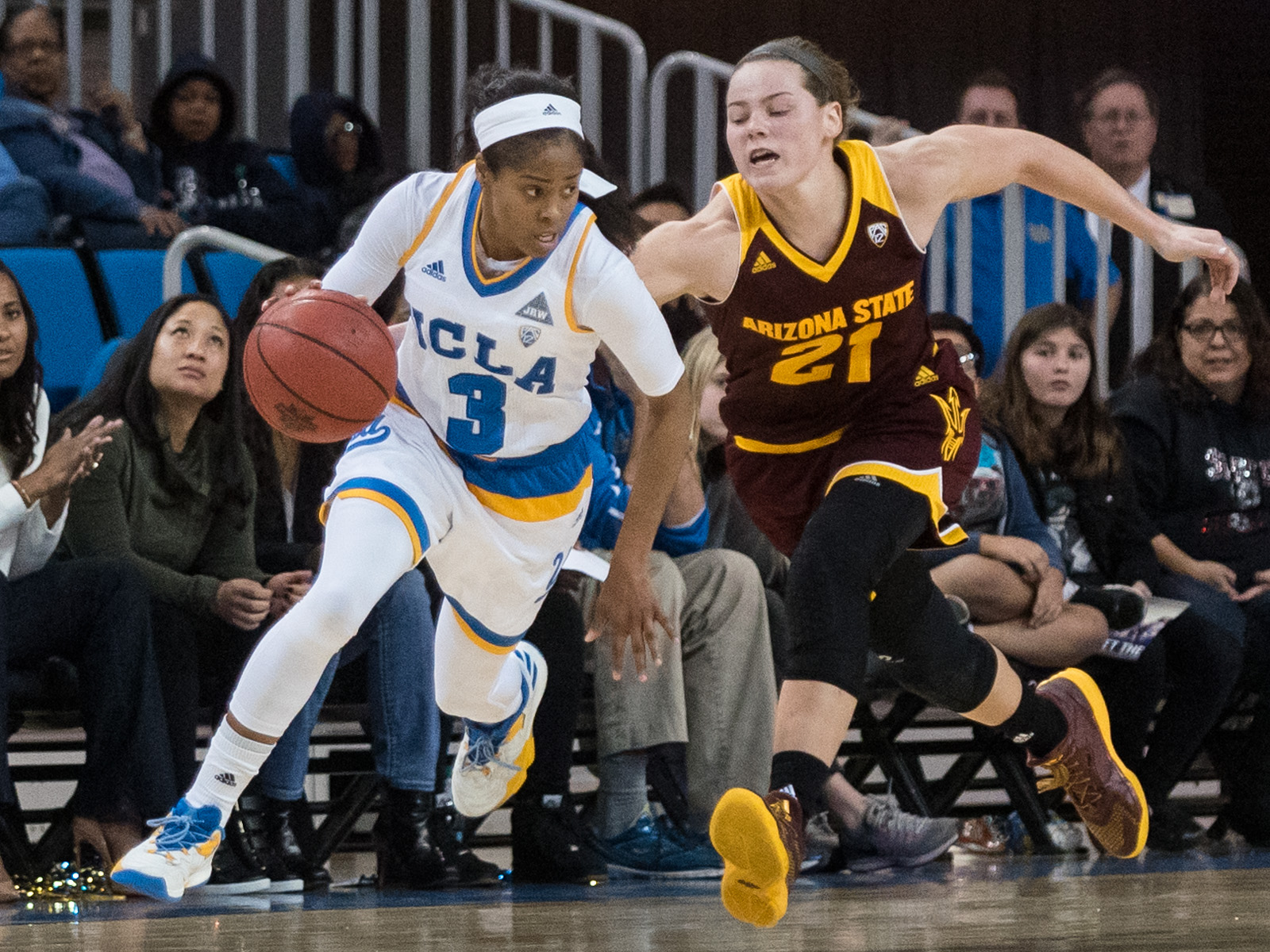 Junior guard Jordin Canada hasn’t played less than 30 minutes in a game since mid-December, including playing at least 37 minutes in seven of the last eight games. Canada leads the team in playing time with 35 minutes per game. (Kristie Hoang/Daily Bruin)

UCLA women’s basketball swept its weekend matchups over No. 23 Arizona State and unranked Arizona behind the efforts of two of its top upperclassmen.

The No. 13 Bruins (17-4, 8-2 Pac-12) have relied heavily on the leadership of their starting guards in the last three weeks specifically, playing junior guard Jordin Canada and senior guard Kari Korver well over 30 minutes per game over that span.

After letting up in the second half of the Arizona State contest Friday, Canada scored the Bruins’ final nine points on 4-of-5 shooting to cap off a 14-point half.

She finished with a team-high 26 points on 8-of-13 shooting to go along with her team-high 37 minutes.

“When Arizona State was making their run, I obviously had to be that one that was staying composed and making sure everybody was on the same page,” Canada said. “But that is my job overall as a point guard and for this team.”

Korver has also been a consistent stand-out performer in recent weeks due to her increased minutes and 39.2 3-point percentage over the last five games.

She had a career night shooting the basketball on Sunday afternoon against Arizona, making six 3-pointers and notching 24 points – both career highs.

Although Korver’s overall game has improved on both sides of the ball, coach Cori Close likes what she sees in her ability to complement Canada.

“We can’t take her off the floor most of the time because she changes the game and she makes Jordin a better player.” Close said. “I thought the both of these two at the top of our zone were really key.”

For Korver, there is a sense of relief knowing that her shot is beginning to come around after she had been struggling to find her rhythm.

“I’m just happy to hit some shots for my team,” Korver said.